Great North CityGames: Who, what and when? 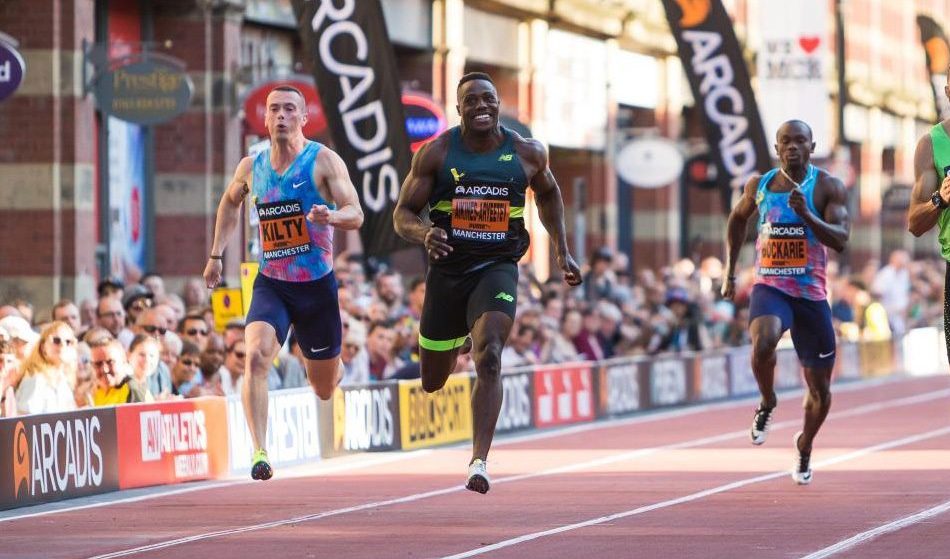 A guide to this weekend’s street athletics action in Stockton, including some ones to watch, a timetable and TV info

The Great North CityGames moves to Stockon-on-Tees this year and one of the big attractions is likely to be local star sprinter Richard Kilty.

The Teesside Tornado faces a tough field in the 150m on Saturday as the now familiar street athletics temporary synthetic track is laid out in Stockton’s spacious town centre shopping area.

Nethaneel Mitchell-Blake is rounding nicely into form for the business end of the 2019 track and field season, while Harry Aikines-Aryeetey and Leon Reid add to the quality in what should be a real test for Kilty, who also competes in a 100m race earlier in the programme.

Katarina Johnson-Thompson was unfortunately forced to pull out of the meeting but the long jump still has a strong field that includes British champion Abigail Irozuru and Olympic champion Tianna Bartoletta of the United States.

All eyes will be on multiple global sprints champion Allyson Felix in the women’s 150m. She faces fellow American Ashley Henderson and Brit Beth Dobbin as she continues her comeback from a baby break.

Allyson Felix on motherhood, Tokyo 2020 and having fun racing 150m at the Great North CityGames on Saturday. @allysonfelix #GNCG2019 pic.twitter.com/9VVt9S6XPP

Pole vaulter Harry Coppell was one of the surprise packages of the British Championships when he cleared 5.71m to go equal fourth on the UK all-time rankings. Fellow Brit Charlie Myers also cleared the same height earlier on this summer and the pair go head to head in Stockton.

In recent years there has been an intriguing 500m race on the roads but this time the distance is 400m – and still on the road – with a field that includes 2008 Olympic 400m champion LaShawn Merritt, former world 400m hurdles gold medallist Dai Greene, 400m runner Martyn Rooney and middle-distance men Jamie Webb, Guy Learmonth and Andrew Osagie.

Not everything is in Stockton-on-Tees, however. Early in the morning on Saturday some mile races will take place on the Newcastle-Gateshead quayside with the action recorded and shown on BBC later that day.

Eilish McColgan and Melissa Courtney are among the contenders in the women’s mile.

The men’s mile sees Jordan Williamsz – the Australian who won the men’s mile in Stockton last year – leading the line-up.

The focal point of the 2019 CityGames, though, is the Tees Valley with not just track and field elite action but also the Great Tees 10km, Mini and Junior Run.

There is also the Great School Sprint for 7-12-year-olds and the finals are in the middle of the main programme.

The action will be shown on the BBC from 13:15-14:45 and you can also follow our coverage on our website and social media channels, with full reports in next week’s AW magazine.