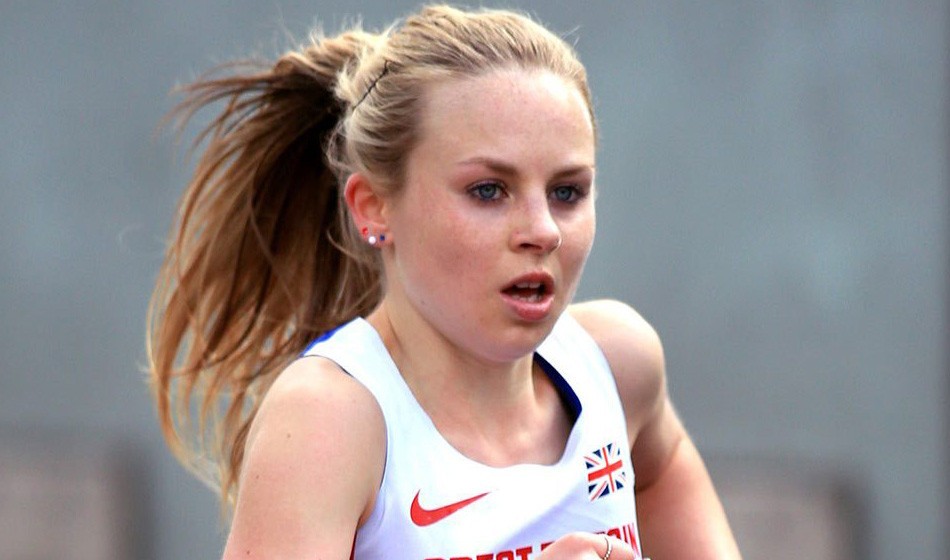 Purdue’s performance moves her to No.9 on the UK half-marathon all-time list, while Reece Prescod and Kristal Awuah impress in Berlin and Thomas Staines runs British best

Coverage of the BUCS Cross Country Championships can be found here, while a round-up of Indoor Meeting Karlsruhe action is here.

Other recent highlights from the world of athletics are below.

Irish-born Australian international Sinead Diver ran a PB of 68:55 for third, with the 41-year-old’s time improving the world over-40 record.

Britain’s Charlotte Purdue also showed some impressive form as she was fourth with a PB of 69:46 which improves on her previous best of 70:29 and moves her up a place to ninth on the UK all-time list.

There was a Dutch record for men’s race winner Abdi Nageeye as he ran 60:24 ahead of Kenya’s Simon Kariuki with 60:43 and Australia’s Jack Rayner with 61:36.

The top Japanese athlete was Takato Suzuki who ran a PB of 61:45 in fourth.

European champion Malaika Mihambo recorded three jumps in excess of 6.90m to win the long jump, including a 6.99m world lead in round four and 6.98m in round six.

In the women’s race, Megan Crawford was the top British athlete across the line, also in 49th place, as Fife took 11th overall.

Steph Twell broke the course record with 33:17 to win the women’s race in her first event since her marathon debut in Valencia in December.

The first seven men went inside 30 minutes, led by William Mycroft with a winning 29:32.

“I can no longer be dubbed an 800 specialist – watch this space!”@ElliotLeviGiles clocked a sub-four-min mile to win the Ayo Falola Dream Mile at Lee Valley on Wednesday and we were there to capture the action #subfourmile pic.twitter.com/HUzTe2fXTa

Double Paralympic champion Jonnie Peacock contested his first 60m races since his break from the sport, producing times of 7.29 and 7.28. Peacock just got the better of  Zac Shaw, who equalled his lifetime best twice with two 7.30 runs.

Mariya Lasitskene won the high jump with a world-leading 2.04m to win ahead of Anna Chicherova with 2.00m.

Other world leads were recorded as Antonina Krivoshapka ran a 51.86 400m and Aleksandr Menkov leapt 8.30m in the men’s long jump.

Latvia’s Laura Ikauniece and Estonia’s Janek Oiglane both made a winning return after injury.

Thomas van der Plaetsen won the heptathlon with a world-leading score of 6132 points, including a 5.50m pole vault clearance.

Hanne Maudens won the pentathlon with a world-leading 4569 points.

Shadrack Kipchirchir and Shelby Houlihan were crowned US champions.

Kipchirchir beat Emmanuel Bor and Leonard Korir, who was chasing a third consecutive title. US 1500m and 5000m champion Houlihan finished ahead of Molly Huddle by eight seconds.

» Further coverage and results in the February 7 edition of AW