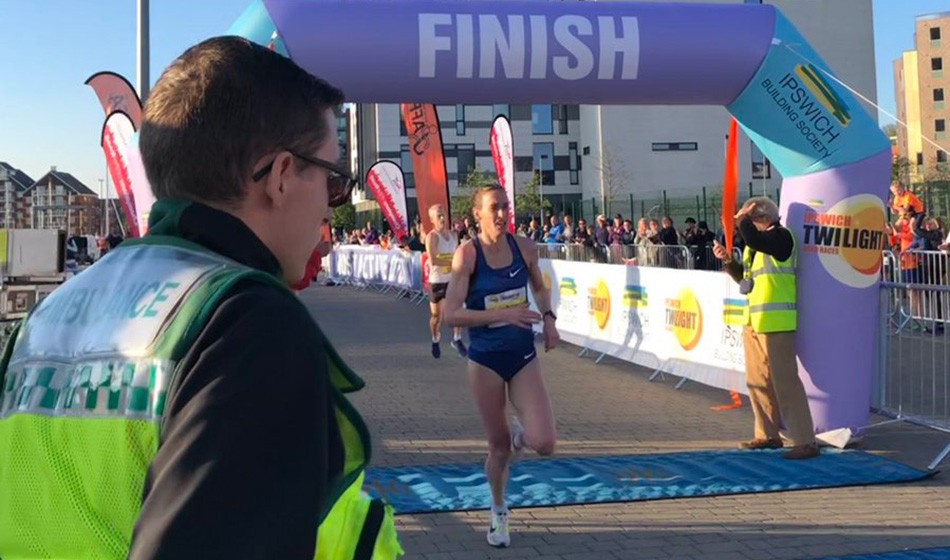 Coverage of day one at the IAAF World Relays in Yokohama is here, while a report on day two is here. Other recent highlights from both the UK and overseas are below.

Both winners ran impressive PBs, with Weightman clocking 15:21 (chip time, 15:22 gun time) to consolidate her place at fourth on the UK all-time 5km road list and Goolab running a PB of 13:34 to go to joint seventh on the British all-time rankings, just four seconds off the national record held by Rob Denmark and Mo Farah.

“Delighted to run a PB and win the England Champs,” Weightman wrote on Instagram. “Road season done …. Track next.”

The top 34 all finished inside 15 minutes.

It is the first time she has officially thrown over 18 metres, improving on her previous legal best of 17.97m set when winning the British indoor title earlier this year.

The mark consolidates her fifth place on the UK all-time list.

Katarina Johnson-Thompson competed for the first time since retaining her European pentathlon title and came close to her shot put PB with a throw of 13.05m.

Jeremiah Azu won the 100m and finished second in the 200m, running PBs in both events.

With his times, Azu achieved European U20 Championships qualifying standards in both events and his 100m time is the second fastest ever by a welsh under-20 athlete.

One of the most talked about performances was Infinite Tucker’s 400m hurdles win as he dived over the finish line to win in a PB of 49.38, just 0.09 ahead of Robert Grant.

He went full Superman! @aggietrk's Infinite Tucker goes ALL OUT for the gold. #SCtop10 pic.twitter.com/gEr05kdPd9

There was a Chinese double as Qieyang Shijie won the women’s 20km title and Wang Kaihua won the men’s.

Kenya’s Josephine Chepkoech won the women’s race in 2:29:11 ahead of her compatriot Rodah Jepkorir who was four seconds back.

Ethiopia’s Mulu Seboka retained her women’s title in 2:27:19, while her compatriot Tsegaye Getachew won the men’s race in 2:11:25.

Switzerland’s Tadesse Abraham was second in 49:06 and Eritrea’s Simon Tesfay third in 49:30.

Ethiopia’s Meseret Gezahegn won the women’s race in 57:47 from Switzerland’s Nicole Egger in 58:03.