European under-20 action begins in Borås 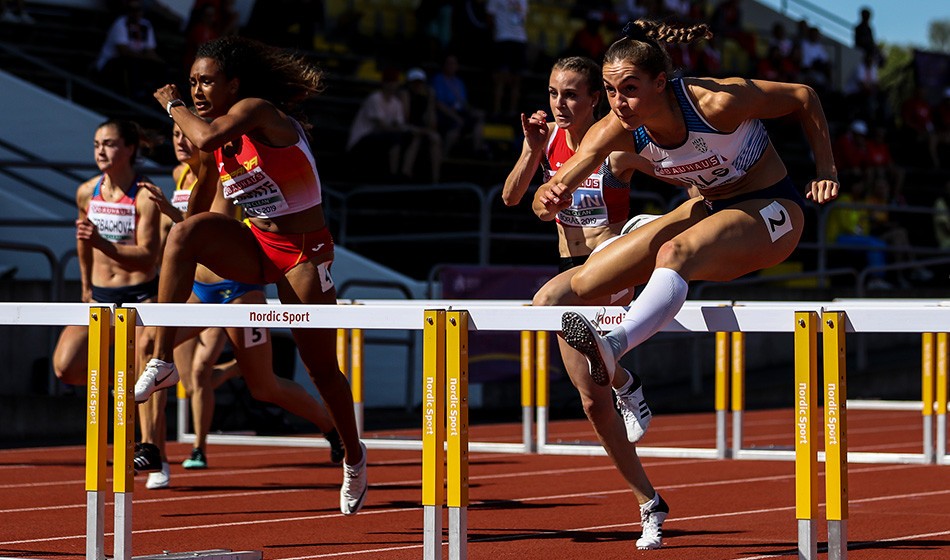 Just two points separate Spain’s Maria Vicente and Britain’s Holly Mills at the end of the first day of heptathlon action at the European U20 Championships in Borås, Sweden.

World and European under-18 champion Vicente had been in fifth place ahead of the fourth and final event on day one – the 200m. Her PB time of 23.76 was the quickest overall and saw her move into the top spot with 3565 points after also clocking 13.68 in the 100m hurdles, clearing 1.72m in the high jump and throwing 11.96m in the shot put.

European under-18 long jump champion Mills had led the competition after setting a PB of 13.45 in the hurdles into a headwind of -2.5 for the fastest ever 100m hurdles time in a heptathlon by an under-20 Briton.

She retained her lead after two events after clearing 1.78m in the long jump.

Ireland’s Kate O’Connor launched herself ahead after a 13.41m throw in the shot put, having also set a PB of 1.81m in the high jump, and ended the day placed third on 3543 points.

In the day’s qualifying action, Britain’s European under-20 100m leader Jeremiah Azu was among those to impress as he went quickest in both the semi-finals (10.37) and heats (10.56).

With a 10.37 clocking, Great Britain's Jeremiah Azu qualifies fastest for the 100m final in #Boras2019. pic.twitter.com/wiORzBvh5d

He’ll be joined in the final by Chad Miller, who ran 10.47 to win his semi-final, while Tobi Ogunkanmi placed sixth in his in 10.63.