European Athletics U20 Championships: Who, what and when? 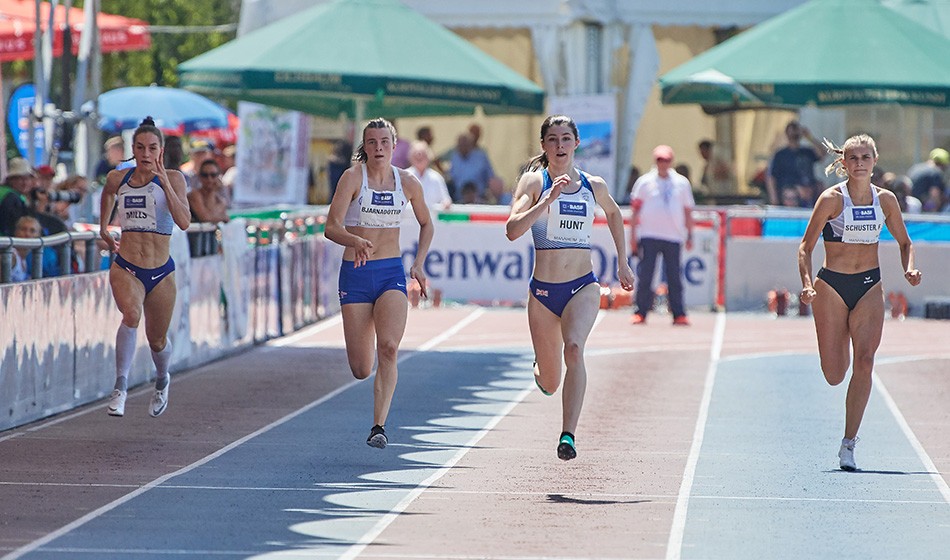 A guide to the under-20 action in Borås, including preview, finals timetable and TV info

Many athletes to have claimed medals at the European U18 Championships in Győr last year will be among those seeking success in Sweden over the coming days as European Athletics U20 Championships action takes place in Borås from July 18-21.

Thomas Keen and Keely Hodgkinson both gained gold in Győr and feature on the Great Britain team again in Borås, while Ireland’s Sarah Healy will be looking to build on the 1500m and 3000m double she achieved last year.

The entry lists feature 12 world under-20 leading athletes, including high jumper Yaroslava Mahuchikh of Ukraine, who has cleared 2.00m this summer, and Tilde Johansson, who recently set a Swedish under-20 record of 6.73m in the long jump. Both Mahuchikh and Johansson also got gold in Győr.

The British team will expect to come back with a clutch of medals, with their new world under-18 200m record-holder Amy Hunt possibly one of the stars of the event.

Her massive breakthrough when clocking 22.42 in Mannheim last month makes her a strong favourite for that event, while she will lead a strong team in the 4x100m too.

The sprint events ought to be productive for Britain all round, with Jeremiah Azu more than a tenth of a second quicker than anyone else over 100m and Immanuela Aliu in the mix for medals on the women’s side.

In the 400m hurdles, Alastair Chalmers is the quickest in Europe with Seamus Derbyshire also likely to be battling for medals.

Over the flat 400m, Ethan Brown lines up second fastest this year. Likewise, Joe Ferguson is second quickest behind Ireland’s Aaron Sexton on the 200m entries.

Josh Zeller leads the way in the 110m hurdles, while Lucy-Jane Matthews is a podium contender in the women’s equivalent.

Even with European youth record-holder Max Burgin absent through injury, Britain has the fastest three in the men’s 800m. Ben Pattison, Finlay McLear and Oliver Dustin are the trio going for medals.

It is a similar story on the women’s side where Isabel Boffey and Hodgkinson will be favourites if Switzerland’s Delia Sclabas, entered also for the 1500m and 3000m, does not run.

Britain’s Joshua Lay is fastest over 1500m with European youth 3000m champion Keen stepping down this time around. Grace Brock is fastest of the 5000m entries.

Holly Mills will be in with a shout of medals in both the long jump and heptathlon and has been named the GB team co-captain alongside Commonwealth Youth Games discus silver medallist James Tomlinson.

“We both captained the team at Loughborough International and I feel that has served as a really good stepping stone for this championship and I’m really excited to be one of the leaders of such a great team.”

The final entry lists can be found here.

The action gets under way on Thursday July 18 and runs until Sunday July 21, with a full timetable and live results available here.

The championships will be streamed live on the European Athletics website here and coverage will also be shown on Eurosport.