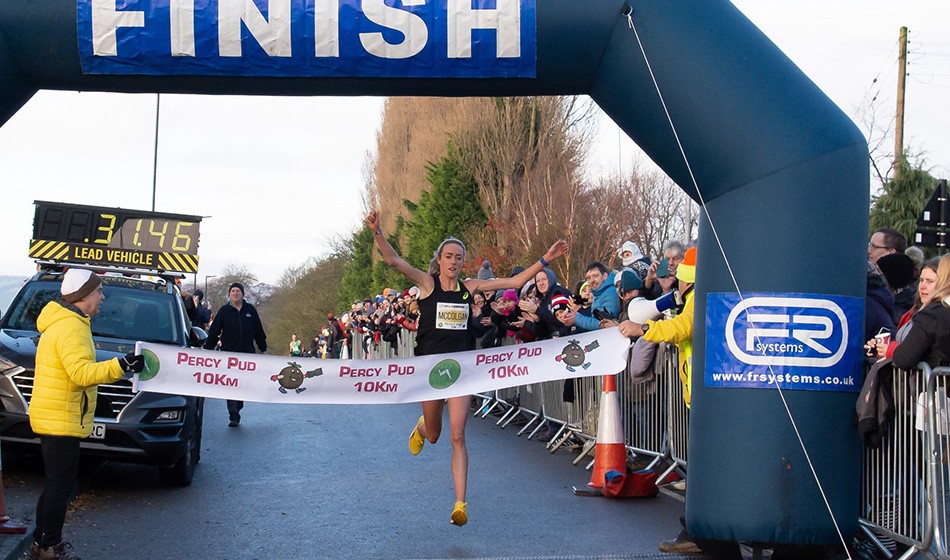 A report on Joshua Cheptegei’s world 10km road record of 26:38 in Valencia can be found here, while coverage of marathon action in the Spanish city – including two course records and a European record – can be found here.

Eilish McColgan clocked a PB of 31:48 to successfully round off 2019 and start her winter with a win.

The European 5000m silver medallist was back in action after a three week break and claimed women’s race victory ahead of Lauren Heyes (34:32).

McColgan’s mark improves on her previous best of 31:51 clocked in Doha at the beginning of the year and consolidates her place at 11th on the UK all-time list.

Gives me a lot of confidence off the back of my break, and hopefully a good indicator of things to come.. Maybe I'll take a 3 week holiday more often! 😜 Joking aside, it's a great way to cap off 2019 and a really promising start to my winter training! 🤗 #2019 #percypud pic.twitter.com/I7A4vwU3Fp

“When you consider how ‘undulating’ our course is, these are both phenomenal race times posted,” said organisers.

A total of 2815 participants completed the 27th running of the Steel City Striders event.

Annabel Gummow of Winchester was third in 22:34.

Kenya’s Geoffrey Koech won the men’s race in 42:13, five seconds ahead of his compatriot Josphat Boit.

Raise your arms into the sky, the 2019 Canadian Cross Country Championships are in the books 🙌#ACXC2019 #ACXC pic.twitter.com/K3cxU6R7C4

Clare Elms set her 20th world or British W55 record of the year when she improved her 5000m time by six seconds to 17:36.4 as she won a quality women’s race from Amelia Pettitt and Katy Rowland.

Clare Elms sets her 20th British Masters W55 record of 2019 when she wins the women’s 5000m at Ladywell ahead of Surrey League winner Amelia Petitt in 17:36.4 pic.twitter.com/z8hfP1OxT0