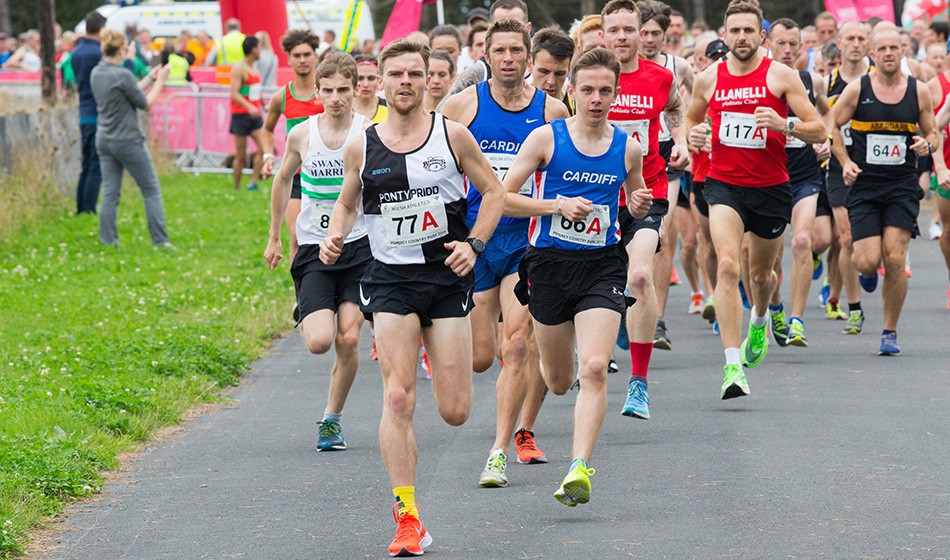 Swansea Harriers were the defending champions in both races but it was the teams from the capital city that were by far the strongest at the 52nd edition of the championships.

The event returned to Pembrey Country Park near Llanelli, hosting a trial trace for the ERRA National Road Relays for the first time and with competitors enjoying far better weather conditions than when torrential rain blighted the races 12 months ago.

The Cardiff women’s team enjoyed a gun to tape victory, led off by Lucy Marland who came home with a 90 second margin after the first leg. UK Inter-Counties champion Jenny Nesbitt was third off for the Cardiff team, comfortably fastest with a time of 19:11. Clara Evans enjoyed the glory leg in a time of 19:25 as the second fastest of the day.

Swansea Harriers cleared out the podium places with silver and bronze team medals.

It took their men’s team slightly longer to settle, taking the lead at the end of the second leg courtesy of British 50km record-holder Dan Nash. Jake Smith increased the lead on the penultimate leg, recording the fastest time over the 5.6km course in 16:48.

Ciaran Lewis was second fastest of the day on the final leg, bringing his team one step closer to taking the victory at the ERRA National Autumn Relays that they have been targeting.

Pontypridd Roadents were the silver medallists led by Paul Graham who was their fastest man and had led after the race outright on the first leg. Aberdare Valley AAC retained their bronze medals from last year.

Lloyd Sheppard was the fastest U17 of the day, leading his Cardiff team to victory just three seconds faster than Welsh 1500m record-holder Ben Reynolds. Nia Clatworthy was the quickest U17 woman, helping her Cardiff team to a substantial victory over second-placed Cardiff Archers.

Maldwyn Harriers were U15 boys’ victors with local club Carmarthen Harriers retaining their U13 boys crown. Cardiff took the remaining U15 and U13 girls honours.

An overcast day saw Leeds men move up from second last year to take the title, but their women could not quite make it a double, Martin Duff reports.

After three successive third places it was Rotherham who moved through from fifth on the penultimate leg to take the title through Nicola Devine. Leeds and Lincoln Wellington finished in close order. However, it was Lincoln’s Abbie Donnelly who was quickest after taking the opening women’s stage. 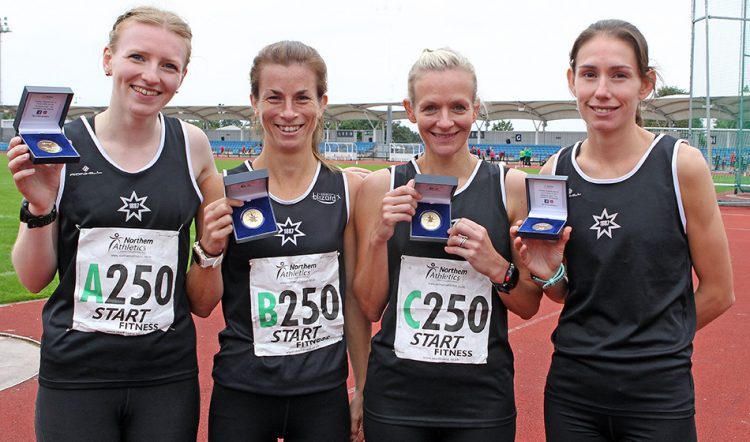 Leeds’ men have now set their sights on the ERRA 6-stage championship next month as the only national event that they have not previously won. They had an easy run here as Lincoln Wellington, winners for the past two years, failed to put in an appearance.

It was Leeds’ Phil Sesemann who was quickest with a 19:22 split for the 6674-metre long double lap on leg four.

The day had begun with the young athletes’ events and the U13 events held over a three 3.51km stage.

Once again it was just Vale Royal who won two titles in the young athletes’ races. Holly Weedall helped them with a retention of their girls’ title as their boys made it an U15 double.

What a day! From the hard work of organising and competing in my own race meet all day, to the honour of being asked to be a #DJ6 #djdefibfund ambassador last night. Thanks @mullerukandireland for supporting an excellent day and thanks @lizziejonesuk for letting me be part of a fantastic evening and an amazing charity 💕 I’m just going to sleep all day now… 😴

Libby Clegg continued her comeback by clocking 13.81 for 100m.

Annabel Gummow from Winchester and District AC takes the win for the women in the @SimplyhealthUK #GreatBristolHalf!🏆 pic.twitter.com/l2c04nc1uF

Alex Carter was second in the men’s race in 68:37, while local athlete Harry Allen from Bristol West AC clinched third in 69:30.

The action started with the Kew Gardens 10km which was won by Olympic marathoner Scott Overall in 30:02 and Lesley Locks in 36:31.

In the following day’s half-marathon, Paskar Owor and Tracy Barlow claimed victory thanks to their respective times of 71:35 and 76:49, with GB international Barlow placing seventh overall.

Konrad Bukowiecki broke the European under-23 shot put record with a throw of 22.25m.

Here is Konrad Bukowiecki smashing the European U23 shot put record at the Kamila Skolimowska Memorial in Chorzow tonight. 💣 pic.twitter.com/8yo2gD0s6K