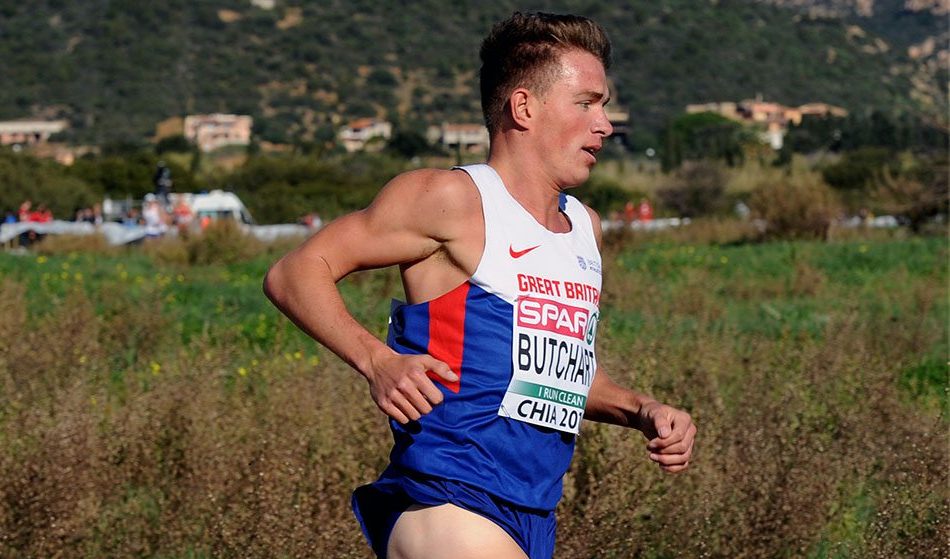 Andrew Butchart is to return to European Cross Country Championships action on December 8 as the 2017 bronze medallist leads Britain’s 40-strong team for the event in Lisbon, Portugal.

The Scot is among 21 selected athletes to have claimed a medal at these championships in the past, including 13 from last year’s edition in Tilburg.

Butchart is joined in the senior men’s squad by trials winner and 2016 team gold medallist Ben Connor, who also returns to the Euro Cross fold for the first time since 2017, while Adam Hickey makes his first Euro Cross team since 2015, having been Britain’s youngest ever male medallist at the championships in 2004 when he was aged 16.

In the senior women’s squad, trials winner Jess Judd gains her first senior individual Euro Cross vest and goes in search of a seventh championships medal. She will be joined by the in-form Charlotte Arter and nine-time Euro Cross medallist Kate Avery, who both took team silver last year in Tilburg, plus Amy Griffiths, Abbie Donnelly and Jenny Nesbitt.

The team of Alex Bell, Jonathan Davies, Sarah McDonald and James McMurray will look to regain the mixed relay title which GB last won in 2017.

The under-23 selections include Mahamed Mahamed, who makes an appearance in his fifth successive Euro Cross team, with Bronwen Owen earning a first British vest since the 2015 European U20 Championships. Trial winners Matt Willis and Saskia Millard lead the junior selections.

Team leader Rob Denmark said: “Off the back of yet another extremely competitive trial event in Liverpool, we are fortunate to be able to name an incredibly strong team to travel to Lisbon for the European Cross Country Championships.

“The team that we are taking contains a good level of experience across all age groups at these championships and on the international stage, which will hopefully set us up to contend for individual and team medals once again.”