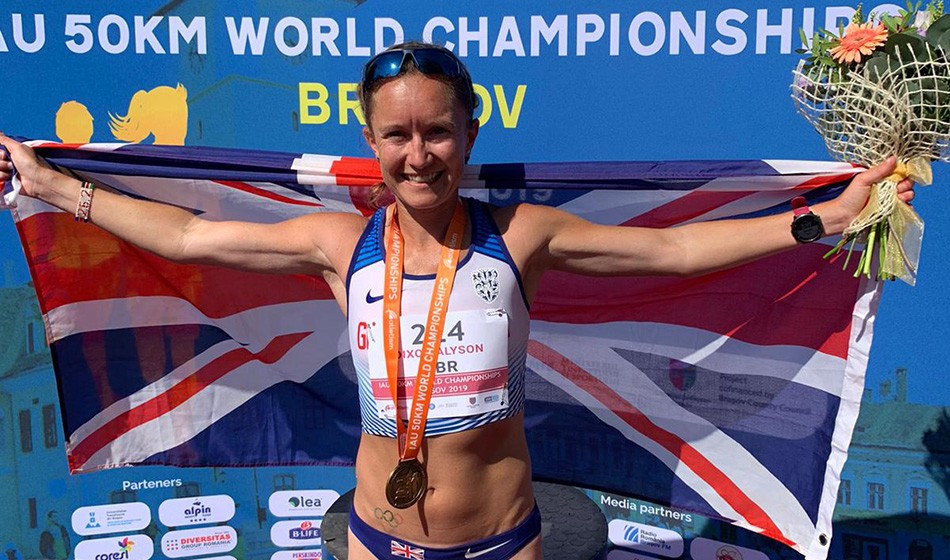 Olympic marathoner clocks 3:07:20 to break the world record and lead a GB 1-2 in Romania

Britain’s Aly Dixon has won gold at the IAU 50km World Championships in Brasov, Romania, also breaking the world record for the distance in her very first ultra marathon.

Behind Dixon and Davies, who both improved on the previous British record time, Julie Briscoe completed the team scoring for GB, clocking 3:22:57 in ninth, while Hannah Oldroyd ran 3:26:00 for 12th and Dani Nimmock clocked 3:30:22 for 20th.

“I’m really pleased with how it went,” said Dixon, a two-time British marathon champion. “The 50km is something I’ve had my eye on for a while as I thought I could break the British record.

“I knew I was in good shape so I went for it and to come away with the win and world record is amazing. I can retire from ultras now and go back to the marathon!”

Davies later explained how she hadn’t expected to get within the medals so was understandably very pleased with her performance.

“Delighted to be part of the gold-winning team,” she added. “The race went to plan – 6-minute miles to the marathon and then hold on and that is what happened.”

Another individual medal for the GB team was claimed by Dan Nash as he finished third in 2:49:01 in a men’s race won by Spain’s Iraitz Arrospide in 2:47:42. South Africa’s Lungile Gongqa was second in 2:48:26.

“The thought of a medal hadn’t even entered my head before the race,” said Nash. “Even going into the last 9km lap I was still just thinking about surviving!

“With three miles left I could see that I was catching fourth place and then it was just a matter of giving everything I had.

“A perfect way to debut in a GB vest!” 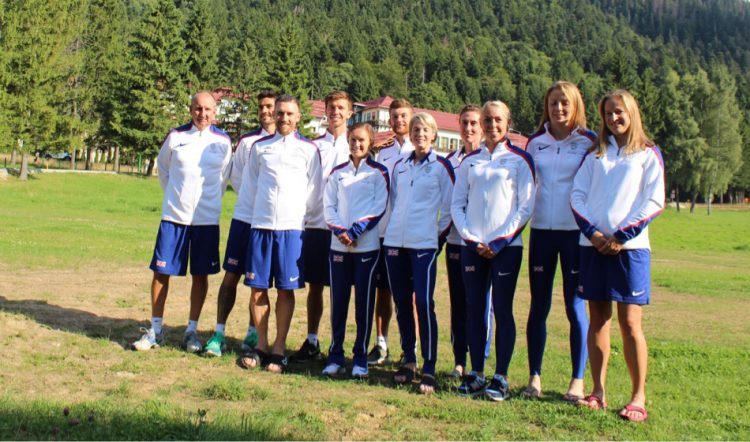 Champion Arrospide is based in the UK and as AW reported in January, moving from Spain to Sheffield has paid off as the 31-year-old has gone from rookie runner to 2:13:23 marathoner in three years.

Arrospide is studying for a PhD at the University of Sheffield and in late 2015 asked Sheffield & Dearne coach John Wood to help him prepare for the 2016 London Marathon. There he ran 2:24:55 but went on to clock his 2:13 PB in Valencia in 2018.

.@alydixon262 won world 50km gold for GB, but the men's champ is also UK-based. As reported in AW in Jan, moving from Spain to Sheffield has paid off for @ArrospideIraitz as he's gone from rookie runner to 2:13 marathoner (& now world champ!) in 3 years ➡️ https://t.co/zImmRCspGc pic.twitter.com/DjmHgZoWaq

Kevin Rojas clocked 3:01:22 in 20th, while Lee Grantham withdrew before the event due to injury.

Dixon will be returning to the roads next weekend with another world record in mind as she attempts to break the Guinness World Record for the fastest superhero to run a half-marathon. Back on home soil, she’ll race the Simplyhealth Great North Run dressed as Wonder Woman.