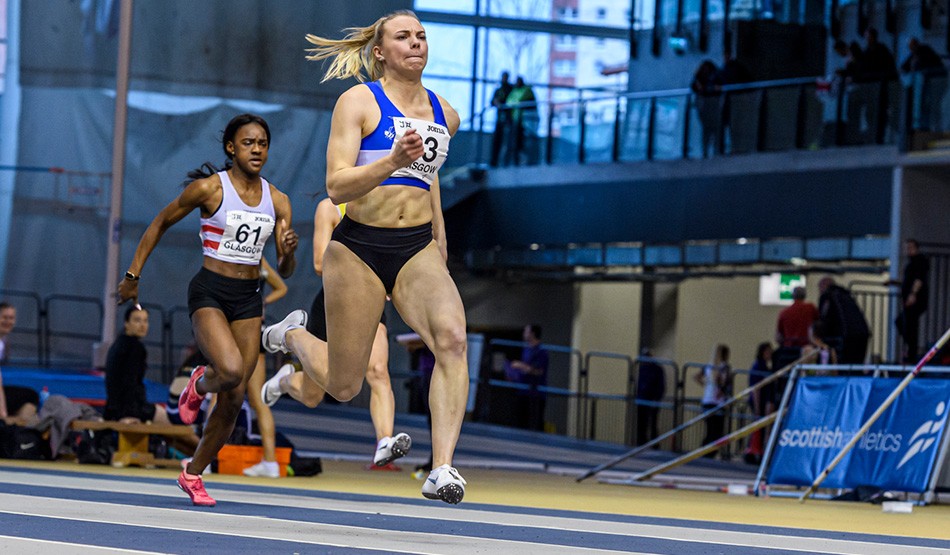 Some recent highlights from the world of athletics

Jake Wightman broke the British indoor 1000m best in Boston, where Chris O’Hare, Donavan Brazier and Nia Ali were among the winners, and you can find a report on that action here.

The weekend also saw the England area cross country championships take place (report here) and other recent highlights from the world of the sport are below.

Nikki Manson was also among the Scottish record-breakers as she cleared 1.92m to improve the women’s high jump record and move to joint ninth on the GB indoor all-time list.

Abigail Pawlett was also among the winners as the 17-year-old won the senior 60m hurdles title in 8.48.

Curtis Mathews of Cardiff wins the men's 60m hurdles at the Welsh Indoor Champs in 8.46. via @JohnShepherdFit pic.twitter.com/iu3EqaIWLE

Sophie Cook claimed the pole vault title with a clearance of 4.41m, while Sarah Abrams jumped a PB of 6.42m to win the long jump.

Sarah Abrams of Blackheath & Bromley takes the lead in the women's long jump at the Welsh Indoor Champs with 6.42m. #WelshChamps20 pic.twitter.com/iFXGzyqQBy

Bethan Partridge won the high jump with a PB of 1.91m.

Mizuki Matsuda won in 2:21:47, moving her to sixth on the Japanese all-time list and putting her in the running to be considered for an Olympic place.