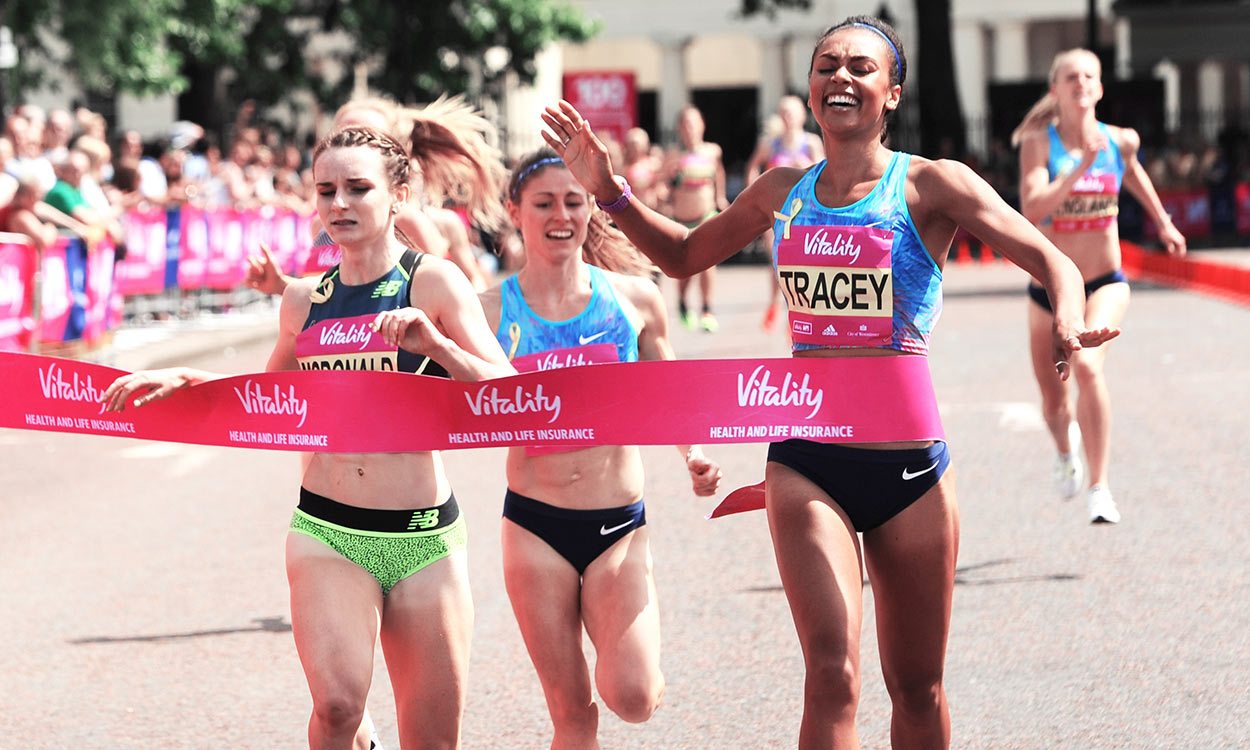 Nick Goolab retained his British one mile road title in another exciting finish at the Vitality Westminster Mile on Sunday.

Robbie Fitzgibbon, who had led until the closing stages, finished second in 4:04.2 as he barely held off Phil Sesemann who also timed 4:04.2.

The women’s championship race was won after another fast finish as 800m runner Adelle Tracey showed unprecedented speed endurance as she kicked past Sarah McDonald to win in 4:34.8.

McDonald was a close second in 4:35.0, with steeplechaser Rosie Clarke excelling to take the bronze in 4:35.7.

The under-20 titles went to Will Fuller with 4:21 and Philippa Stone with 4:54, both showing strong finishes.

The day’s closest finish came in the under-17 boys race won by a fraction by Joshua Cowperthwaite in 4:16 from Thomas Keen.

Blackheath gained a 1-2 there with Morgan Squibb second, but they did even better in the under-13s with a top three led by Naomi Toft in 5:12.

The Olympians Mile was won by Constantine Louloudis in 5:05.