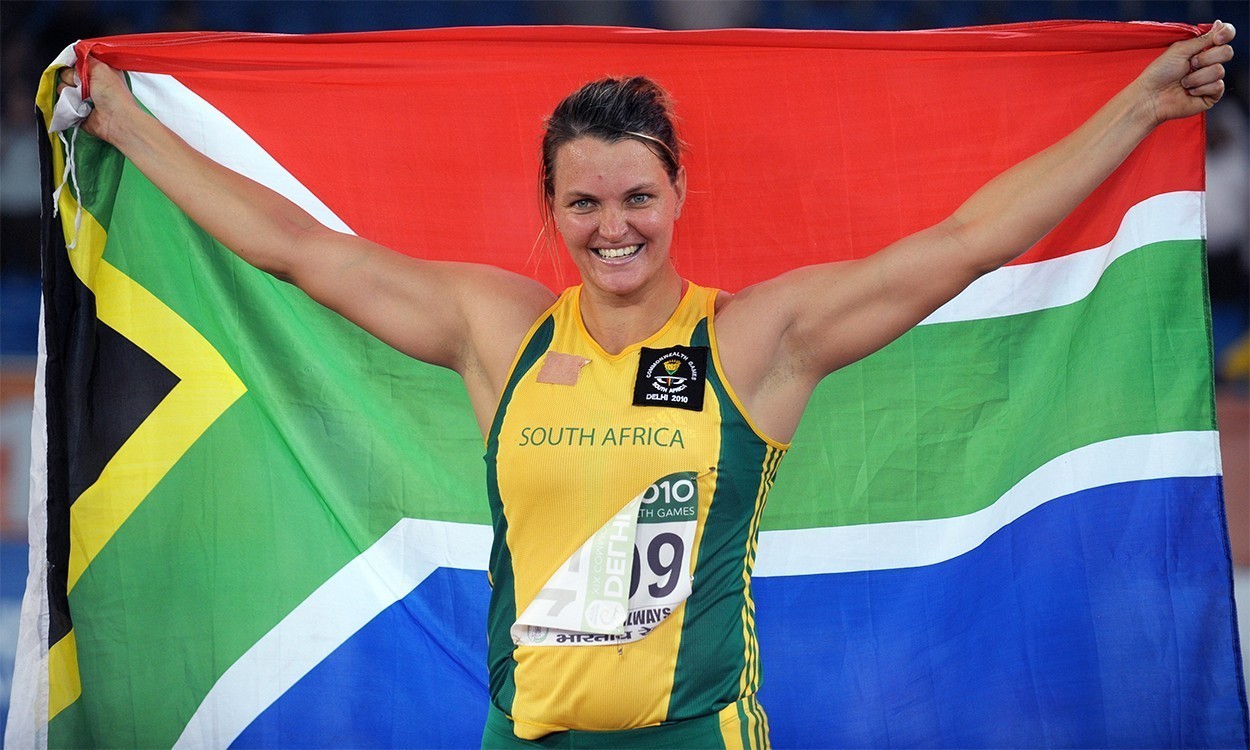 The history of the women’s javelin at the Commonwealth Games

The first Games to include the event in London in 1934 featured an England top four – less impressive than it sounds as no other nation contested it! Gladys Lunn won a poor-standard competition as a warm up to winning the 800m. Runner-up Edith Halstead was later declared male from birth and became a father as Eddie Halstead. His sister ran in both relays.

In Vancouver in 1954, the distances finally surpassed 40 metres as Magdalena Swanepoel won South African gold by two
metres. Swanepoel threw four metres further in Cardiff in 1958 but was eight and a half metres behind Anna Pazera’s stunning throw! Polish-born Pazera’s best pre-Games was 50.13m and she was lying second two metres back on Swanepoel when she unleashed a world record 57.40m. England’s Averil Williams gained a bronze. In Perth in 1962, Pazera couldn’t break 50 metres and took bronze behind Sue Platt, who advanced from fourth in Cardiff, and Rosemary Morgan. Platt could only finish sixth
in Kingston in 1966 as it was Australia’s turn for a one-two with 17-year-old Margaret Parker winning easily.

Another Australian 17-year-old won in Edinburgh in 1970 as gold went to Petra Rivers. England’s Anne Farquhar was just over a
metre down in second. Rivers defended in Christchurch in 1974 with an even more modest throw of 55.48m, with Sharon
Corbett taking English bronze. Seventeen-year-old Tessa Sanderson finished fifth with 48.54m. Sanderson matured and
improved over the next four years and in Edmonton in 1978 she added nearly four metres to Pazera’s Games record with
61.34m, which gave her the gold by almost six metress. The 17-year-old to watch this time was Fatima Whitbread, who threw 49.16m in sixth. Her mark compared favourably to the 44.34m her mother, Margaret (Callender), threw in finishing fifth in 1958.

Whitbread advanced to third in 1982 in Brisbane but was well beaten by Sue Howland’s worldclass 64.86m and Rivers returned
successfully with 62.28m to ensure an Australian one-two. Sanderson was absent but returned to win the 1984 Olympics
and then in Edinburgh she produced one of the performances of the Games as she unleashed a huge 69.80m to beat Whitbread’s
68.34m. Howland broke her own Games record but could only finish a distant third.

Sanderson won a third title in Auckland in 1990 with a highly respectable 65.72m as Howland completed her set of medals more
than four metres down in second. Australia returned to the top of the podium in Victoria in 1994 and Louise McPaul won easily with 63.76m. Sharon Gibson, who was fourth in Auckland, moved up a place to snatch a bronze. McPaul returned in Kuala
Lumpur, and this time destroyed the opposition, winning by a record nine metres with 66.96m. Some way behind, Karen Martin and Kirsty Morrison took the other medals for England.

The standard was way down in Manchester in 2002 and not just because of the javelin rule change. Bahamas’ 37-yearold Laverne Eve picked up a surprise win with just 58.46m. Her previous Commonwealth appearance resulted in a seventh in 1994, but she had competed in three Olympics and five world championships. Kelly Morgan, who had set an UK record of 64.87m two weeks earlier had a shoulder injury but nevertheless picked up a bronze.

Eve, now over 40, picked up a silver in Melbourne in 2006 with gold going to Sunette Viljoen’s 60.72m with Goldie Sayers the
leading Briton in fifth. Viljoen defended in Delhi with a slightly longer winning throw. The other medallists were over 60
metres and Laura Whittingham wasn’t far short of that in fourth.