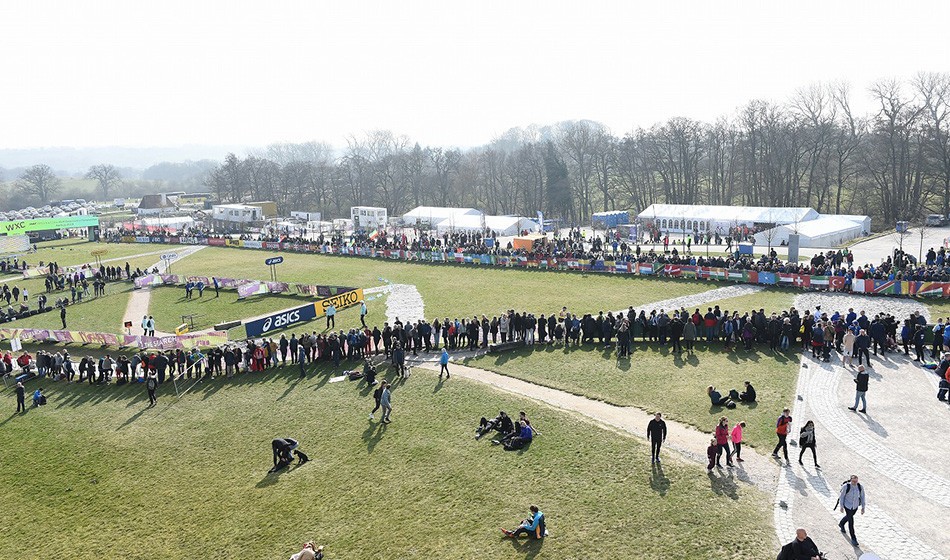 AW staff join mass event and get a whole new perspective of the gruelling, but great, test which was set in Aarhus

When an athlete of Jakob Ingebrigtsen’s calibre needs to be helped from the finish of a race, exhausted and spent, you know for certain that his task must have been of the exceptionally challenging variety.

Imagine, then, being only a mere mortal and standing on the same starting line to an increasingly intimidating course which has spent much of the day chewing up and spitting out some of the finest runners on the planet.

That is precisely what thousands of people, AW staff included, chose to do in the immediate aftermath of the elite races at the IAAF World Cross Country Championships in Aarhus.

In what was a particularly clever move by an organising team who excelled themselves over the course of a memorable weekend, a series of mass races were staged on and around the Moesgaard Museum as the general public were presented with the chance to follow in elite footsteps.

Whether it be the 4x2km relay, the 2km sprint or an event which offered 4km, 8km and 12km options, there was a challenge to suit just about every running ability and appetite.

As a former 800m runner, my colleague and AW editor Jason Henderson opted to test his fast-twitch fibres again by tackling the 2km sprint option. I have never possessed such physiological strengths so I entered the longer event.

There was some method in the potential madness of deliberately inflicting pain upon ourselves in the name of research. Opportunities such as this and the regular media races staged at major championships offer a very real insight into just how fast the top athletes move and a genuine appreciation of how good they have to be.

There’s also the fact, of course, that we love running and here was a unique opportunity to experience something very special in a wonderful setting which was still bathed in early spring sunshine as the close of an eventful few hours began to draw near. It’s not every day that you get to run on a museum roof, after all.

I watched as Jason and a crowd containing runners of all shapes, sizes and ages set off on their route which followed the same lap covered during the world championships races and which we covered in detail in the run-up to the competition.

There was still a definite smile on his face after he made the roof climb and descended sharply to tackle the “berm” turn which was such a prominent feature of the course. Tired but happy was the instant impression I got from him when we had a quick debrief at the finish line as I tried to get some hints and tips before getting ready to face my own challenge.

With little time until the starting gun was fired, I attempted my best impression of a proper athlete doing a real warm-up but somehow felt like I wasn’t convincing anyone – most of all myself.

It was soon time to assemble with the rest of the sizeable field (which featured Paula Radcliffe and Jon Ridgeon) behind the huge start/finish gantry. I had nothing to “race” for other than my own curiosity – let’s just say there was no lottery funding resting on the success of my performance – but, still, the scenario of being on foreign soil and in a high-profile setting on unfamiliar ground began to get the nerves jangling a little and the adrenalin pumping. Goodness knows how much more of a factor that must be for those right in the thick of top-class international competition.

Yet there was a celebratory air to proceedings as we all set off up the imposing opening hill, despite the fact that it gave no opportunity to establish a rhythm or catch your breath. In truth, that was a sensation which would last for the entirety of the run. Flipping the old adage on its head, where Aarhus was concerned it felt very much like a case of what comes down, must go back up again. 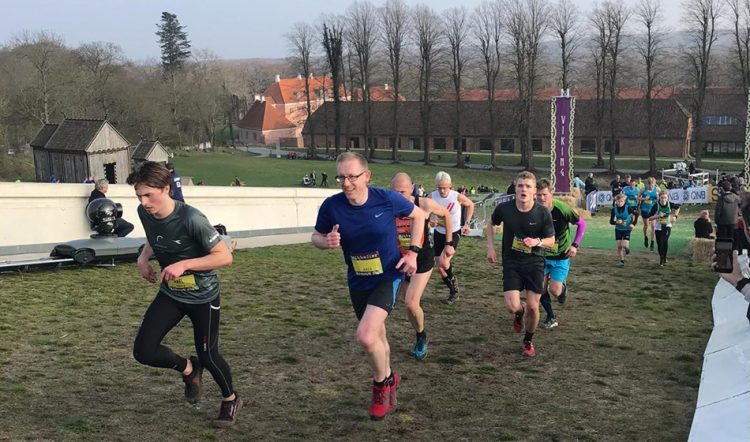 With each extended lap covering 4km in this event, it was at each runner’s discretion as to whether they went round once, twice or three times. I had said to myself that I would cover a minimum of two laps and see how I felt in the latter stages.

The route extension began at the far end of the world cross course, taking the runners on a sweeping left turn but on to land that was no easier to negotiate. Rutted fields made for tough going before we entered the beautiful surrounding woodland and progressed on to a network of trails that would be most runners’ idea of paradise.

Hampstead Heath came to mind as we wound our way through the trees before bursting back out into the sunshine and back on to the world cross course in time to hit the water splash, mud and sand pits.

Then came the roof and, while we didn’t ascend quite as far as the elite contenders, the climb was more than enough to have calf muscles creaking and lungs bursting. The “berm” negotiated, it was time to hit the junction which was playing on so many minds.

A left turn meant a downhill run of just over 100m to the finish line, straight on meant another lap.

I ploughed straight on, heading for the “red lap” which meant going under a different gantry at a roundabout which had runners coming at it from just about every conceivable direction. The third lap would have meant taking the “black exit”. Another challenging woodland section ensued but, as the sun split the trees and the crowds continued to cheer – I must give particular thanks to the East Kilbride Tartan Army for their encouragement at this point – it dawned on me that I was really enjoying myself and that it was my very good fortune to have been part of a day which did nothing but celebrate something very close to my heart.

Coming to that crucial junction for a second time and with my wearying legs beginning to send warning signals, I opted to head for the finish to a run that will live long in the memory.

What it underlined was a need for these kind of events to happen much more, and wherever it is possible, at showpiece occasions. Engaging the public in participation, as well as giving them an inkling as to what it takes to survive at the sharp end, is surely a recipe for success when it comes to the future of our sport.

Now, has anyone seen my hamstrings?