The road to London: Whatever the weather? 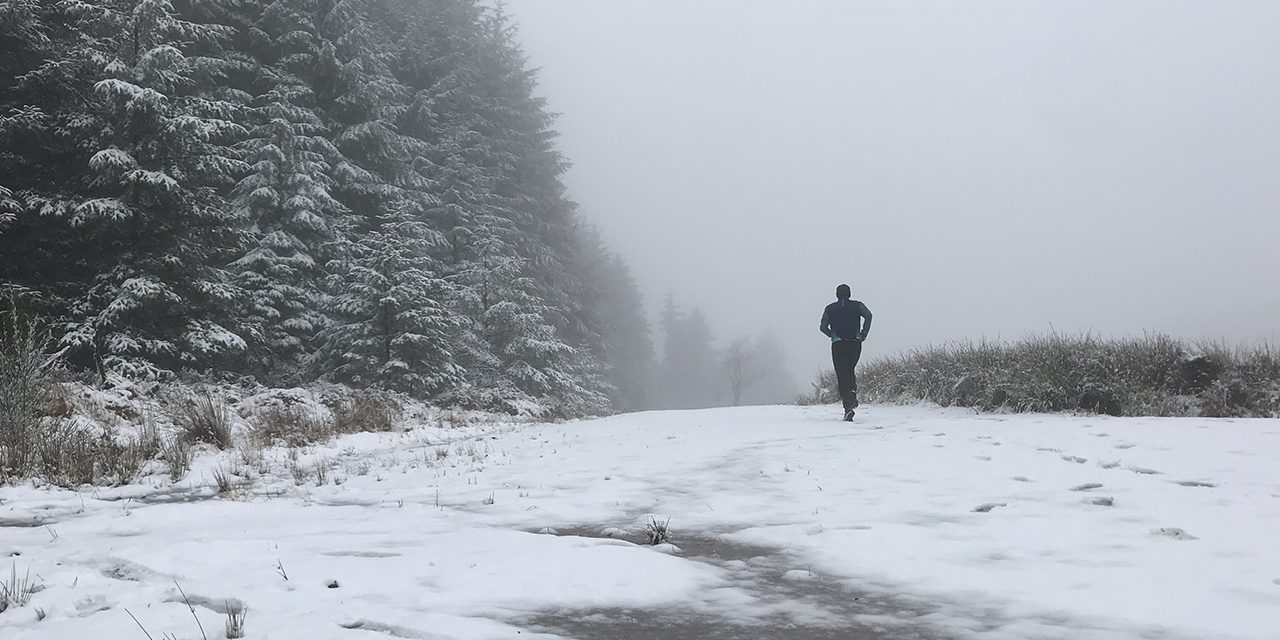 In his latest blog post, AW’s Euan Crumley writes about running through the rotten weather as London Marathon preparations continue

“You’re keen!” hollered the incredulous dog walker as the howling wind and lashing rain forced him to raise his voice as I ran past, travelling in the opposite direction.

“If only you knew,” I thought to myself as I politely laughed, almost apologetically, in reply. In truth, he had caught me in the early stages of a long run and a point at which I was not only questioning my sanity for having stepped out of the door and into the latest storm but also pining for the simple pleasures of a hot cup of coffee and a comfortable chair. I was about as far removed from keen as it was possible to be at that stage.

The run in question happened a couple of weeks ago and it doesn’t feel like the going has become any easier since thanks to the challenging weather. Britain has been – and continues to be – battered by the elements and, though I have trained through plenty of bad winters before, this one has felt particularly testing. I’d like to think of myself as a “there’s no such thing as bad weather, only the wrong clothes” kind of person but I have to admit that the relentlessness nature of things recently has been getting under my skin.

My mood hasn’t been helped by the flooding of a couple of my tried and tested running routes, while a dose of the lurgy brought on by extended exposure to the wet and cold conditions meant an enforced break in marathon training and an increase in grumpiness.

Thankfully, however, a sense of perspective has been quick to kick in. Having to alter a few sessions is hardly a great inconvenience when compared with those who are having to contend with flood waters lapping at their front doors or seeing livelihoods threatened by the extreme conditions.

In terms of marathon training, it’s a chance to improvise, to be creative and to think a bit more about how to achieve the desired outcome from each session, even when the environment could best be described as “suboptimal”. It feels like there is little chance of making any marginal gains, for example, when your sopping wet kit weighs a ton as you squelch your way down the road. You know it’s wet when the washing powder suds start to form on your leggings.

The current climate also presents the chance to test my mental and physical powers of resilience and build a body of preparation work that will hopefully come in handy when it comes to race day itself. Yes, it’s a cliche but it’s in the darkness of winter where the platform of work is built for you to be able run well in the spring sunshine. That’s the theory anyway and, if working through this helps me to then get through the closing miles on the streets of London in April, then more’s the better.

Also, the dog walker was right. The past few weeks may have been less than perfect for training, but I AM keen. I’m still managing to clock up the miles and, not long after that mid-run meeting, the wind eased briefly, the clouds parted for just a moment and a shaft of sunlight broke through. Coincidentally, my pace picked up, stride lengthened and the smile on my face widened as I was able to enjoy that all too fleeting feeling of being able to run well without really trying.

Of course, a couple of hundred yards later I turned a corner and was pelted in the face with sideways hail, but even that moment of good form was enough of a reminder as to why I was out there. Though there have been times when I have found myself, quite literally, howling into the wind and swearing at myself for the self-inflicted folly, I am still managing to enjoy it all, too.

Have you been able to keep going through the horrible weather? Let me know how your training is going and how you are managing to beat the elements.

» Want to join the conversation? Mention us in a tweet, pop a post on Facebook or add to the ‘Road to London’ thread on our forum