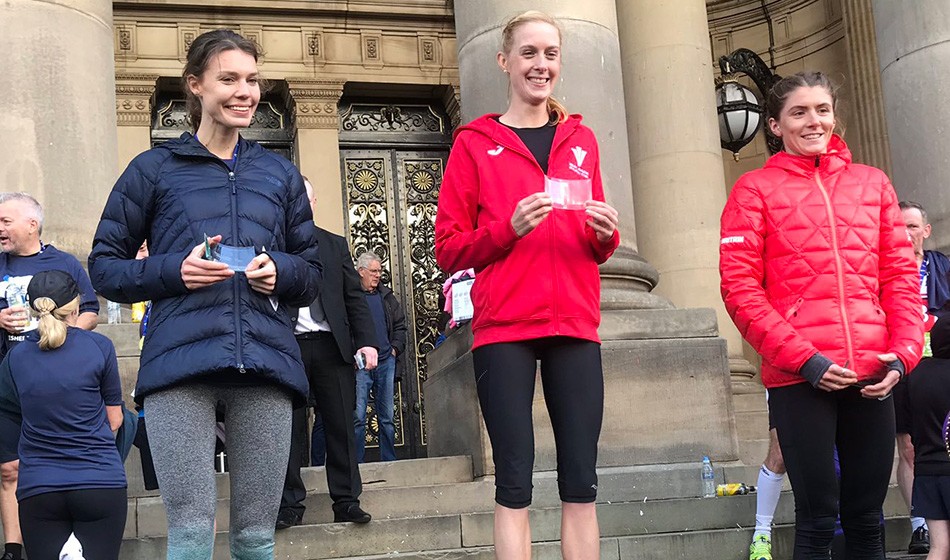 Organisers say the 10km route was missing 23 metres so times, including Charlotte Arter’s fast 31:34, will not be officially recognised

Times recorded at this year’s Age UK Leeds Abbey Dash, including the 31:34 run by Charlotte Arter, will not be officially recognised after the course was found to be 23 metres short.

On Tuesday organisers announced that the race distance had been reassessed after the event and due to “slight alterations in the course landscape” it did not measure up to the full 10km.

“The race distance was found to be short by 23 metres,” said a statement in part. “This is approximately 4 seconds for athletes on a time of 29 minutes for 10k.”

The men’s title had been claimed by Omar Ahmed as he clocked 28:38 to finish one second ahead of Ross Millington as nine athletes went sub-29 minutes and 29 went sub-30:00.

“As you are aware, we had a very fast field of the top UK elite athletes competing in one of the UK’s favourite 10km road races,” said organisers.

“The race distance has been re-assessed after the event and due to slight alterations in the course landscape, the race distance was found to be short by 23 metres. This is approximately 4 seconds for athletes on a time of 29 minutes for 10km.

“This may be a small margin and still equates to a very fast time, but unfortunately times recorded at the event will not be recognised by UKA and Power of 10. We would like to apologise for this error and reassure you that the race will be relicensed for 2020.”

World 50km champion and world record-holder Aly Dixon was among those to have taken part in the event on October 27, clocking a 34:09 chip time.

“Kudos to the organisers for remeasuring but gutting for the athletes who thought they had ran a PB,” she wrote on Twitter. “My watch measured it spot on but I know they aren’t 100% accurate.”

Kudos to the organisers for remeasuring but gutting for the athletes who thought they had ran a PB. https://t.co/Umy0s1gaoo