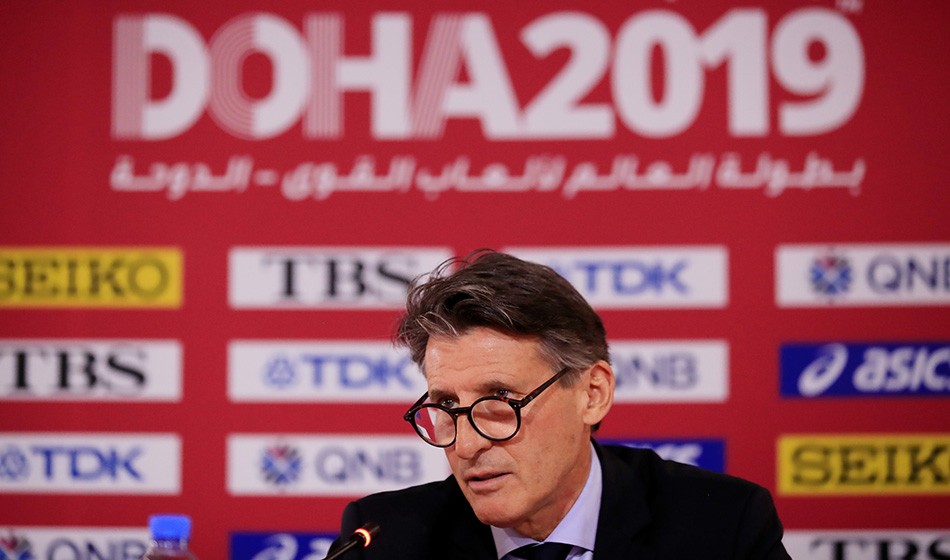 During a pre-event press conference, the governing body’s president and local organising chief Dahlan Al Hamad fielded questions on difficult subjects which ranged from reported poor ticket sales to Qatar’s treatment of migrant workers and the safety of the marathon runners and race walkers who will tackle soaring temperatures and humidity.

Al Hamad reported that, as of two days ago, there had been 5000 tickets left for Friday evening’s opening session and was insistent that organisers were happy with sales.

As for the some of the more controversial concerns raised by the choice of host venue, and responding to a recent Amnesty International report which outlined the apparent exploitation of migrant workers in Qatar, Coe said: “Sport is a really good opportunity to showcase and to challenge some of those issues.

“I do encourage those organisations (such as Amnesty International) to work closely with sport – we can actually be quite a powerful alliance.”

He added: “No society is poorer for having sport enshrined in it. We’ve seen time and time again in the history of sport and particularly athletics that it doesn’t just sit there mirroring trends, it actually sets trends.

“Time and time again, athletics itself has changed all sorts of conventions and has often been at the infancy of change.

“So I’m really happy to be here and I’m very happy that the sport can be used in that way.”

Coe added that conditions for the women’s marathon, which starts at 11.59pm on Friday, are ‘permanently’ under review but also insisted that the hot and humid conditions – the mercury will be in the low 30s around that time – offer the opportunity to better understand how athletes can deal with extreme weather.

“We are monitoring this very closely,” he said. “The overwhelming thrust of this is the welfare of the athletes.

“I was pleased that, having spoken to so many of the delegations that are here, that their distance and endurance athletes who are preparing for the race walks and the marathons are actually training pretty comfortably on the streets. I have spoken to some of those athletes as well.

“This has given us the opportunity – and you don’t want to waste opportunities like this – for our medical teams and our health and science teams to actually understand a great deal more about the management of heat for athletes going forward.

“We have given the opportunity for athletes, voluntarily, to ingest a tablet which has a thermometer in it and it will allow us to monitor how they’re dealing with the temperatures, heat and humidity.

“I’m really pleased that we’re going to be able to use these conditions to understand a bit more about how, in future, we really can take our sport into areas of climatic challenge but at the same time fulfilling the capacity building that athletics needs.”

Coe was in optimistic mood as the start of competition draws closer and is particularly enthused by the current crop of athletes who are about to showcase their talent.

“I can’t actually remember a time in the sport when I’ve been so optimistic and excited about a young group of athletes coming through,” he said.

“If you look at our top ten lists across every discipline and in every continent, about a quarter are under the age of 23. I’m not sure we’ve had those metrics for some time so the sport is in great shape.

“We have some incredibly talented young athletes. They’ve hit the streets running in the last year and this will be a really good opportunity for them to understand a great deal more about championships racing en route to the Olympics Games next year.

“I think, over the coming days, that we are going to witness some outstanding performances.”