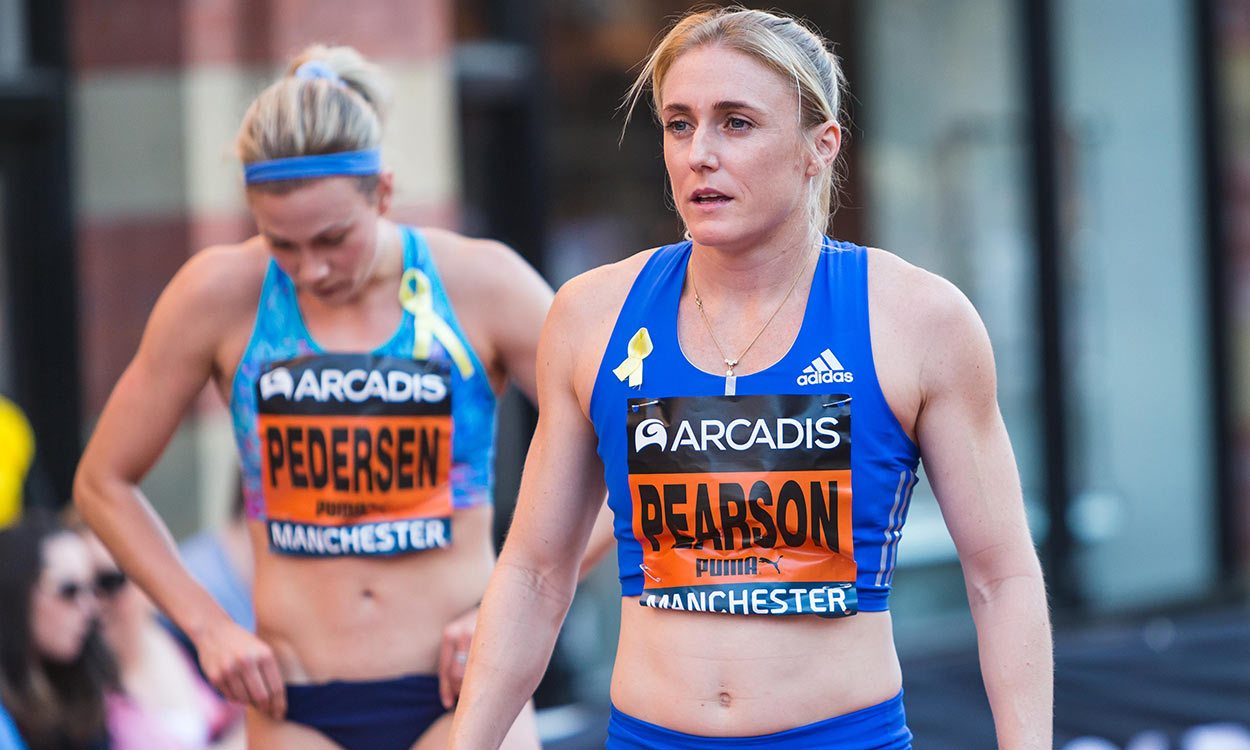 “I retired from the sport so many times,” Sally Pearson admits. “Not officially, but in my head I did. I was like, ‘I don’t want to do this any more, I hate it, why am I allowing myself to go through this struggle and this disappointment when it’s so easy to just not do it?’”

Deep down, however, the 30-year-old knew she still had more to give.

As the sixth-fastest ever 100m hurdler with Olympic and world titles to her name, Pearson has had many great moments in her career so far. However, a series of injury problems means she has had more than her fair share of struggles, too.

It takes a certain type of mentality to be able to battle back from setback after setback. Luckily for track and field fans, Pearson possesses that winning mindset and now her thoughts are not just focused on securing success as an athlete, but as a coach, too.

After winning world gold in 2011 and her Olympic title in 2012, the Australian sustained two hamstring tears each year in 2013 and 2014, though still managed to retain her Commonwealth title in Glasgow plus win world and world indoor silver medals. In 2015 she tore her calf during a race at the Rome Diamond League which caused her to crash to the track and shatter her wrist. Achilles and hamstring problems then forced her to miss last year’s Olympic Games in Rio.

She decided that something needed to change so, since last August, Pearson has been self-coached.

“After I mentally recovered from tearing my hamstring and not going to Rio I was like, ‘right, okay, I’m over that sad part now. Let’s move forward. Let’s at least start training.’ Then I’d see if I could go the next day and then go the next day,” she explains.

“Just day by day, session by session, rep by rep. Slowly you get fitter, you get stronger.”

She admits it’s been a challenge being both athlete and coach.

“I couldn’t just go straight back into training and go full pelt, 100%,” she says. “I had to take it slowly and that was probably a little bit hard from an athlete’s perspective, because you just want to be fit and fast straight away. But from a coach’s perspective you have to plan meticulously to make sure that everything goes well.

“I never decided that I was going to coach myself for the whole time. I just thought I’d start off doing it myself and if something popped up and I was happy about it then I’d do it,” continues Pearson, who remains based on the Gold Coast.

“It was going so well and I was enjoying it so much that I just continued.

“It’s been a great ride. In competition season it’s been difficult because how do you reassure the coach that the athlete is doing well when you are the athlete at the same time?!”

“Day by day, session by session, rep by rep. Slowly you get fitter, you get stronger”

But Pearson has never been one to shy away from a challenge and so far her methods seem to be working.

The hurdler’s win at the Australian Championships in April secured her spot on the nation’s team for the IAAF World Championships in London this summer. Her time of 12.74 in the heats took care of the qualifying standard, while she went faster in the final, although her 12.53 was wind-assisted (+2.3m/sec).

“It’s nice to be feeling good and be back fit and strong,” says Pearson, who went on to win at last month’s Arcadis Great CityGames Manchester and also finished second behind Britain’s Asha Philip over 100m. “At this time of year, I’m very happy.”

Pearson’s PB of 12.28 was set when she won her world title in Daegu, while four years after her silver in Beijing she broke the Olympic record with her time of 12.35 to secure gold at the London Games.

This summer’s World Championships gives her the opportunity to come full circle.

“I’m hoping London has got good luck for me,” she smiles. “I’ve got great memories and I love the UK people. They are really warm and welcoming for me whenever I race here.

“I think wherever the World Champs were this year, this is going to be a big year for me, coming back from a couple of years of horrible injuries to now coaching myself, being fit, being strong and hopefully bouncing back.

“I think my biggest goal is to just get back and be competitive,” she adds. “I really want to be competitive and be close to the front runners and see what I can do, see if I can push myself again like I did a few years ago.”

“This is going to be a big year for me, coming back from a couple of years of horrible injuries to now coaching myself, being fit, being strong and hopefully bouncing back”

Given the host city of the next Commonwealth Games, unsurprisingly the World Championships isn’t Pearson’s only focus right now.

“Everything is going amazingly on the Gold Coast at the moment,” says Pearson, with preparations ramping up ahead of next April’s event.

“The village is almost done, the stadium is already there for the athletics track, the swimming pool is looking absolutely incredible.

“I think the Gold Coast community have really taken to it. They’re all excited, it’s all they can talk about. They go, ‘are you getting ready for the Commonwealth Games?’ And I’m like, ‘yes, but I do have the World Championships as well beforehand!’

“They are just so excited for it,” adds Pearson, who lives just a 10-minute drive from the stadium. “I think they are getting behind it. It’s one of the biggest things we’ve held on the Gold Coast and I think we’re doing a good job.”