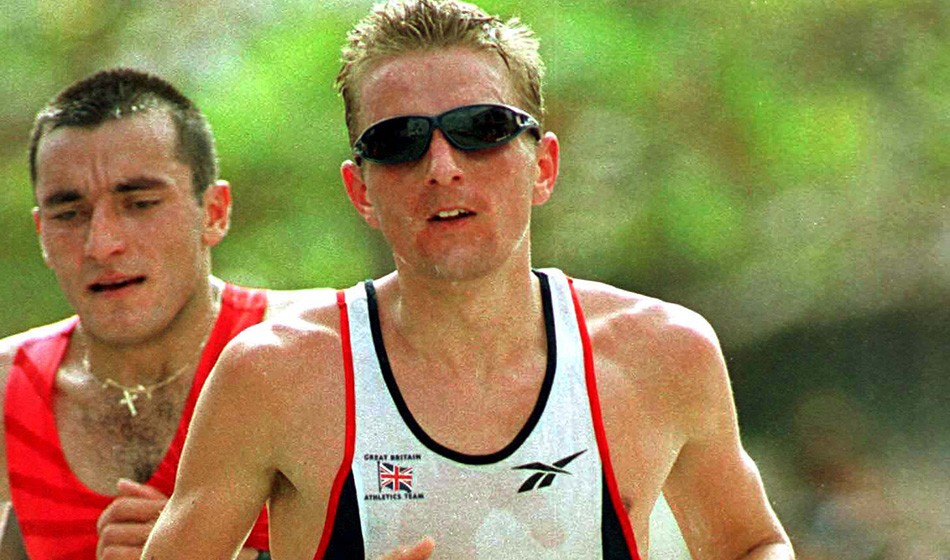 Former GB international runner Nick Jones was told by doctors he has incurable cancer and spent most of last year undergoing chemotherapy as his weight plummeted to just eight stone.

Yet despite his health problems he has battled back to fitness this winter and broken 20 minutes for 5km at his local Widnes parkrun. 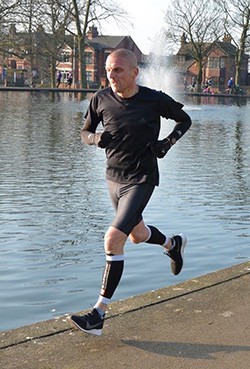 He explains: “I went in for an operation last April and cancer was found in my bowel. I had sepsis and my kidney burst. They didn’t think I’d get out of hospital and I was given three months to live.

“But my fitness from running gave me the strength to have the chemotherapy, which has helped me survive.

“You know what runners are like – they’re hard buggers. When you’re training twice a day and running 100 miles a week back in the day, it helps you build up a bit of strength.”

In total, Jones has gone through six intensive cycles of chemotherapy. Last summer he felt so weak after emerging from hospital that he could barely manage to jog for one minute, but with support from his family and coach Phil Hicken he has slowly built back to running about 25 miles per week and clocked 20:20 at the Widnes parkrun on New Year’s Day followed by 19:47 later that month.

At his best the Warrington AC runner clocked 63:12 for 13.1 miles and ran for Britain at the IAAF World Half Marathon Championships three times from 1999-2001.

He was diagnosed with ulcerative colitis – a debilitating bowel disease – when he was aged 35, but he continued to run well as he moved into the masters age groups.

“The only way I could get through a race was by taking Imodium tablets, otherwise I’d have to stop mid-run to go to the toilet,” he says.

But last year his health plummeted as he underwent ileostomy surgery, sepsis and battled an incurable neuroendocrine carcinoma.

“I lost about two stone in hospital and had no strength. When I got out of hospital in the beginning of August last year I went into my garage on to the treadmill and I couldn’t even jog for a minute. I was almost in tears.

“But at least I was at home and starting to build up strength. Then I went to the local track and tried to do one lap but managed to run four laps in 9:58.

“It’s one of the best runs I’ve ever done. I was so pleased to do it after being as ill as I was.

He is even training with his children now, too. His son Jordan is a talented steeplechaser while daughter Jasmine and wife Caroline are also good runners.

“When I ran 19:47 recently it was the cherry on the cake and I now want to see what I can do next,” he says. “Just before my operation I was a close second aged 44 at the British Masters 10km in Blyth but I’m now into the M45 age group and looking forward to getting into races.”

Jones is now hoping his tumour does not start to grow again. If it does, he will have a trial chemotherapy treatment.

He continues: “I’m getting a lot of help from my old running team-mates from Tipton and elsewhere.

“Some of them have even seen what I’m doing and they’ve been inspired to start up again running themselves.”

Indeed, they have also organised a fundraising 5km at Victoria Park in Warrington on April 19 to raise money for St Rocco’s Hospice. It has already attracted entries from clubs that Jones has been associated with such as Vale Royal, Tipton, Spectrum Striders, Salford and Warrington and you can enter here.

“I’d have gone mad if I didn’t have the running,” adds Jones. “It’s been a real release.”

» This article first appeared in the Feb 20 issue of AW magazine.