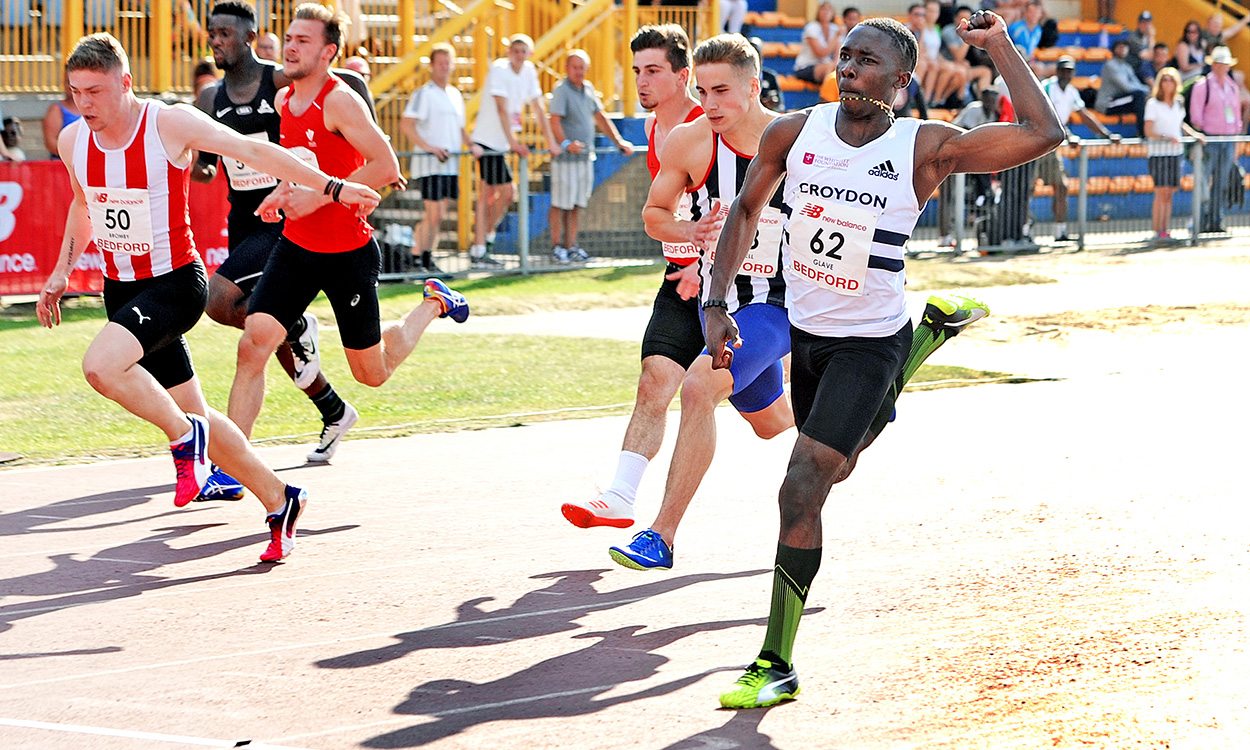 Romell Glave has been setting British tracks on fire since moving to these shores from Jamaica, writes Steve Roe

Romell Glave has come a long way – literally – to make his mark in athletics. At the start of 2015 he was living in Jamaica. By the end of that year he’d left the country of his birth and arrived in the UK to settle in South Norwood.

In 2017 he was officially the world’s fastest 17-year-old sprinter on account of his 100m best of 10.21. Considering he also clocked a sizzling 6.77 for 60m and 15.54 for 150m – and headed the under-20 UK ranking lists for each of those distances – it’s no surprise Croydon Harriers have such high hopes for this softly spoken teenager.

He joined his local club on the recommendation of a relative and first went there on a cold January night in 2016 when he was introduced to coach Paul Weston.

Romell’s succinct comment on his first session was “I enjoyed it”, while Weston recalls: “He was technically good, with a nice running action.”

What was interesting, adds Weston, was the way his new athlete progressed in the first year. “Romell ran 11.62 at the start of the year and by the end of it was almost a second quicker,” he says.

Such progress could only mean a fistful of medals would come the lad’s way; and he duly won under-17 gold in the 200m at the English Schools before successfully doubling (100m/200m) at the South of England Championships.

He won another 200m English Schools title last year, as an under-20, but perhaps more impressive was his domination of both sprints at the England Championships. Over two days at Bedford he ran six times, including heats, and won on each occasion.

Something Romell might not do in 2018 is to go for a third successive English Schools victory. The World Under-20 Championships will be held around the same time and a place with the British team for the event in Finland is his priority.

Apart from Paul – of whom he says “everyone has the utmost respect for him” – who else inspires Romell? His training partners to begin with such as Samir Williams and Dylan Da Costa, who both also won English Schools titles last year.

“I like his fighting spirit” – Romell Glave on CJ Ujah

Then, looking at the wider, more global, picture, Romell’s favourite athlete is a certain now-retired Jamaican sprinter with nine Olympic gold medals to his name. And one of Usain Bolt’s countrymen also gets a nod. “I admire Yohan Blake because he’s had a lot of (injury) problems but hasn’t given up.”

Romell mentions, from this country, fellow sprinter CJ Ujah. “I like his fighting spirit,” he says of the World Championships 4x100m gold medallist.

Of course, Romell has a long way to go before reaching those heights, but his attitude and willingness to listen and learn auger well for the future.

As his coach says: “From the start he always turned up on those wet, windy nights and trained hard. I see him as someone with great potential.”