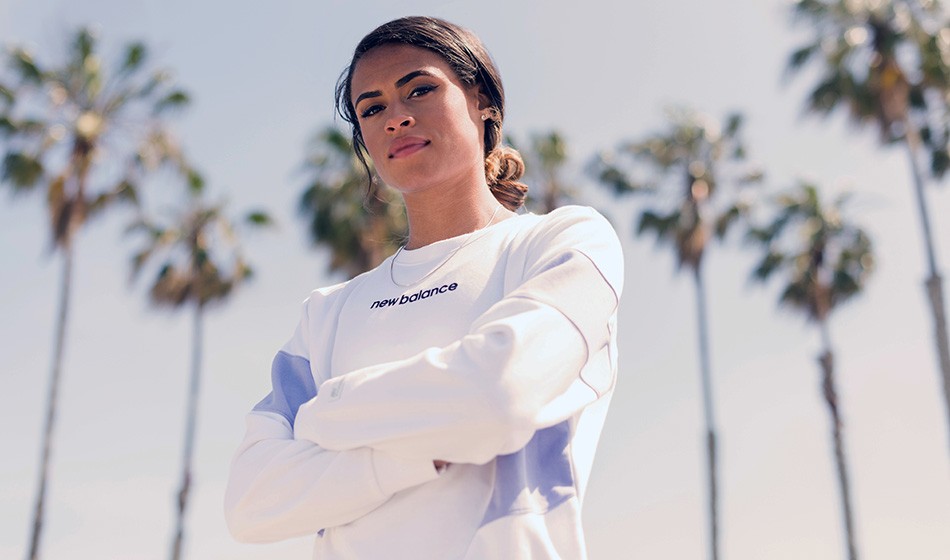 Sydney McLaughlin was six years old when she got her first taste of winning an athletics race and earned the prize of a chocolate bar for her efforts. “You can get me to do a lot of things with candy!” she laughs. “Running, chores, homework…”

In the 14 years since that moment the objective of finishing first has not changed, but the rewards on offer most certainly have. This remarkable 20-year-old is competing at her first IAAF World Championships of what many expect to be a stellar athletics career. You could argue, in fact, that it already has been.

McLaughlin arrived at the 2016 US Championships with a string of world age bests (her first came at the age of 14) and a world under-18 400m hurdles title to her name, but she well and truly made her mark when clocking a world under-18 best and world under-20 record of 54.15 to finish third and gain selection for Rio to become the youngest American track and field Olympian since 1972.

The decision to forego the rest of her time at the University of Kentucky and turn professional was duly taken.

“Before Oslo I was actually more excited than I was nervous,” says McLaughlin of the Diamond League debut she made in June and it showed when she promptly stormed to an impressive victory and looked right at home in the spotlight.

The Diamond League trophy came home with her in fact after winning the final in Zurich and it’s only on American soil that McLaughlin has tasted defeat this summer – at the US Championships in Des Moines when Dalilah Muhammad ran through the rain to break the world record.

52.88… 19 and living. Huge congrats to the new world record holder. @dalilahmuhammad_ Blessed to be a part of such an amazing group of women. Excited to represent our country again with the same lovely women I made it with in Rio ❤️🙌🏽 glory to God. More to come.

The meeting of the two promises to be one of the highlights of these world championships where the American strength for the women’s 400m hurdles is frighteningly good.

That McLaughlin has hit such a high level this year says much not only for her work ethic and innate talent, but her ability to cope with significant change.

Becoming a professional brought with it a move to a high-profile talent agency, a contract with New Balance and a move from Kentucky to Los Angeles to work with a new coach in the form of 2004 Olympic 100m hurdles champion Joanna Hayes (she was previously guided by Edrick Floreal). It is a switch which appears to be suiting the New Jersey native well.

“Everything is more calm,” says McLaughlin. “It’s a big adjustment with a new coach and everything but I think this year has been pretty smooth to say the least.

“Everything is pretty new and I think that’s the best part. As I’m stepping into this next stage of everything, I get to take it from a fresh start and just adjust everything as it comes.

“It has its rough patches, as everything does. There’s a lot of downtime and I’m trying to figure out how to make the most of that but I’m just not really thinking of it as a job at this point – I’m still trying to do the sport that I love and enjoy the process of it all.”

It’s clear that coach and athlete have started off on the right foot, too.

“She’s not really stressed on times and records and titles – it’s just about me progressing and learning how things work,” says McLaughlin of Hayes. “It is my first year and she is constantly reminding me of how young I am and that you don’t always have to break a record and you don’t have to win every single race.

“Just learning and really continuing to move forward is the biggest thing when it comes to how she coaches.

“I think in the past I’ve been put in situations where the pressure was on my shoulders very much and that was coming from the coaching standpoint. When it comes to her, it’s a very understanding situation between the two of us, as well as more just focusing on myself and things I can control.

“She does a great job of making sure I’m always in the right mindset when it comes to racing and things like that.”

The “downtime” and figuring out how to occupy herself when she’s not training or racing has been perhaps the biggest challenge McLaughlin has to face – mentally, at least.

With her studies on hold for the moment, there is an admission of spending “too much time watching TV and being on my phone” but this is not a woman who stands still for long, however, and her mind is already thinking about the possibilities which are out there.

“Being a student athlete, you always have your studies and the social aspect of being on campus and having your friends around so you’re still occupied other than practice but when you’re out here you’re really just focusing on this and as of just now I’m not taking any classes,” she says.

“I think eventually, when we get things under control and decide which direction we want to go in then we’ll change that.”

“I’m already in the social media realm and we’ve talked a bit about doing some things through YouTube but in my downtime I’ve listened to a lot of TED talks and read a lot of books.

“I’ve been thinking a lot about what kind of major I want to do and originally I was thinking about communications and journalism but I want to switch to life coaching. That’s definitely something I’d consider because being in the sports realm and seeing what the pressure is like and all the mental aspects, that would definitely be right up my alley.”

God is good. I am far from perfect. So is my racing. But being able to compete amongst the best constantly pushes me out of my comfort zone. And for that I am super grateful. Pressure makes diamonds, and today I got to take one home 🙏🏽💯💎 @diamondleagueathletics

First, however, comes the task of taking on the world and, perhaps more specifically, Muhammad. McLaughlin had never seen anything quite like that world record run earlier this summer but, even in the whirlwind, she was taking notes and learning.

“It was very intense,” she says of the race. “I don’t remember much because I was on the outside but I do remember coming off that last turn and seeing her make an incredible move that I’d never seen before and crossing the line and being in so much shock. In the rain, in Des Moines, it was amazing to see and it was also amazing to be in second place and see what it’s going to take to do that one day.

“Just being able to be put in that situation – where it does take such a fast race to make the US team – it helps build character and also take mental notes for if that time ever comes for me then I’ll know what to do.”

Will that time be now?

“It should be pretty intense but I’m just excited to get that US uniform on again,” says McLaughlin. “I haven’t worn it since Rio so that’s exciting and we’ll go out there, do our best and maybe the US can sweep (win all the medals).”

McLaughlin comes from an athletic family – her father Willie was a 400m runner with a PB of 45.30, while mother Mary ran in high school and brother Taylor is a world under-20 silver medallist over the 400m hurdles – but she was given the space to find the sport for herself.

It was clearly a match made in heaven.

“I think most of it was just the feeling of stepping on the track and, at least when I was younger, something that just came naturally, it gave off a feeling of just belonging and effortlessness, feeling like that’s what I was supposed to do,” she says of her early experiences.

“As I’ve got older it is a lot more hard work and a lot more tiring but it’s still that same feeling of freedom.”

She adds: “My fastest races, I actually don’t remember. I go into a mental state where you’re aware but you’re really not in the moment because everything is just flowing. You’ve finished and you’re like ‘oh wow, I just ran’ and you’re there mentally but at the same time your body is just doing what it knows how to do.

“I think the more thought you put into it and the more you overthink it, that’s when things become difficult and mistakes can be made. It definitely takes a level of relaxation and trusting the process to get through some of those harder races.”

A healthy dose of perspective helps, too, and McLaughlin’s philosophy is particularly simple. “I think just being the best that I can be and understanding that, regardless of what happens, it’s a race and I’m going to go out there, put my best effort into it and either way I’m going to walk away from it alive,” she says.