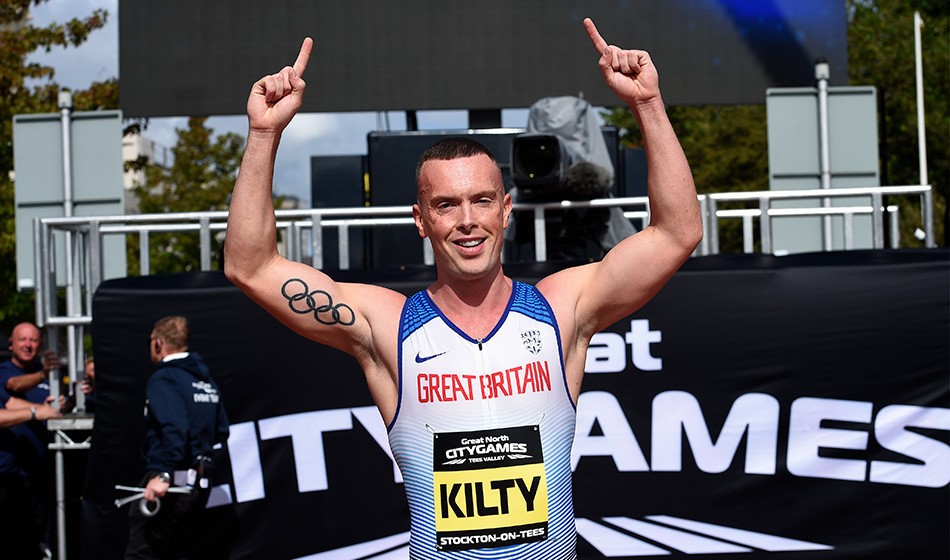 Sprinter Richard Kilty has been voted captain of the Great Britain & Northern Ireland team for the IAAF World Championships taking place in Doha from September 27.

Kilty, who won the world indoor 60m title and European indoor gold medals in 2015 and 2017, received the most votes after every member of the 73-strong British team was given the chance to nominate their choice of captain.

“It feels incredible,” said Kilty, who also recently captained Team Europe at The Match in Minsk. “It’s always a huge honour to represent the British team but to be selected as captain feels amazing. It will definitely go down as a special moment in my athletics career.

“The squad is so talented with many star athletes. A lot of the athletes in the squad have leadership skills and would do an amazing job at being captain so to think that they have voted me in is a huge honour and I’m over the moon with being captain.”

A European gold medallist in the men’s 4x100m relay from 2014 and reigning Commonwealth champion in the event, Kilty won the 200m at the European Team Championships last month and this season has also come within 0.05 of his 20.34 PB set in 2013.

“It makes it extra special that my fellow athletes have selected me as their captain,” Kilty added. “I have lots of experience and enthusiasm, which I be sharing with the squad.

“I will bring energy and confidence to everyone around me from the athletes to the team staff. I’ve got a great story to tell and I will try my best to inspire the team every moment from my team speech and on a daily basis over the course of the championships.”

Team leader Neil Black said: “I am extremely happy for Richard that he has been voted as captain of the Great Britain & Northern Ireland team for the IAAF World Championships. Richard is having a brilliant season, running as fast as he ever has, battling to victory at the European Team Championships and, as always, forming an integral part of the men’s 4x100m relay team, which was typified by his performance at the Müller Anniversary Games in July.

“Richard is an inspiration to his team-mates on the track and to so many off it as well, in particular through his work with young people, especially at his home in Teesside. It is no surprise that his peers have voted him as captain of the British team for Doha and I’m looking forward to seeing Richard embrace the roles and responsibilities of being captain from now right through to the end of the championships.”