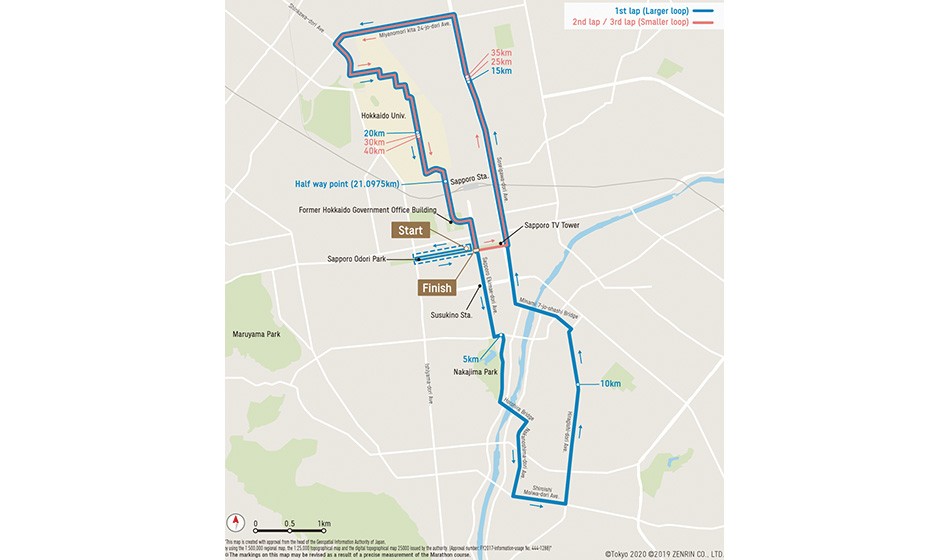 IOC confirms competition schedule remains in place for the delayed Games, including holding the marathons and race walks outside of Tokyo

Next year’s Olympic marathon and race walk events are still set to take place in Sapporo, with the 2020 competition schedule due to remain in place for the delayed Games.

It was announced in October that the athletics road races would not be held in the host city of Tokyo and would instead be moved 800km north to Sapporo, the host city of the 1972 Winter Olympics, due to heat concerns.

At the time, the International Olympic Committee (IOC) said the move would mean “significantly lower temperatures for the athletes”.

During a media teleconference held on Thursday, IOC sports director Kit McConnell confirmed that the intention was still to hold the marathon and race walk events outside of Tokyo as originally planned.

The postponed Tokyo 2020 Games will take place a year later than the original dates, with the Olympics set for July 23 to August 8 and the Paralympics now due to be held from August 24 to September 5 in 2021.

Olympic athletics action, which had been planned for July 31 to August 9 in 2020, now looks set to take place from July 30 to August 8 in 2021, with the road events likely to still be held on the final four days.

“We have really got a fantastic base for the Games planning that obviously was developed around the Games taking place in Tokyo this summer, but remains valid and in place for the Games moving into next summer, in 2021,” said McConnell.

He added: “At the moment, the schedule for Sapporo remains the same, including the events to take place there, and the competition schedule.”

The Sapporo marathon course published in December (pictured, top) features one loop of roughly half-marathon length and a second smaller loop of approximately 10km that will be run twice.

The race walk courses feature 1km and 2km loops for the 20km and 50km distances respectively, along Sapporo Ekimae-dori Avenue.

More on the road event courses can be found here.