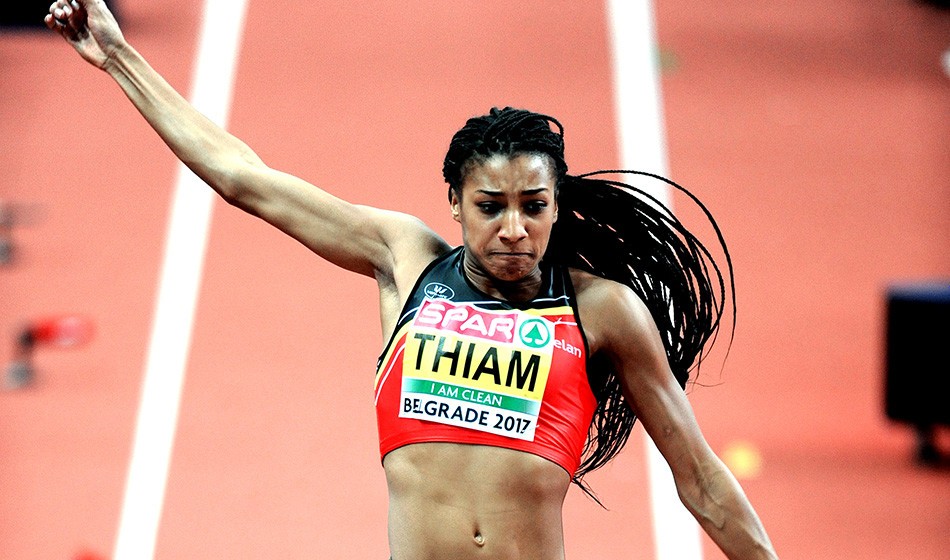 Belgium’s Nafissatou Thiam is to miss the indoor season, including the defence of her European indoor pentathlon title, after injuring her leg.

Nafissatou Thiam has been ruled out of the European Indoor Championships in Glasgow after tearing a muscle in her left leg while training in South Africa.

The Olympic, world and European heptathlon champion claimed pentathlon gold in Belgrade in 2017, two years after securing silver in Prague, but has been ruled out of March’s European Indoor Championships in Glasgow after sustaining the calf injury while training in South Africa.

“From now on, I’ll be working hard with my eyes on the summer season.”

no indoors for me this year as I had to head home in the middle of my prep training camp due to a calf problem. Nothing too severe but we won’t take any risks. From now on, I’ll be working hard with my eyes on the summer season 👀 🌪⏳

According to comment in Le Soir, Thiam’s coach Roger Lespagnard has said that the 24-year-old may also not return in time to defend her heptathlon title at the Götzis Hypomeeting in May.

Thiam’s PB of 7013 points, which ranks her third on the world all-time list, was set when winning the 2017 title in Götzis, while her pentathlon best is 4870 points, achieved when winning her European indoor title that same year.