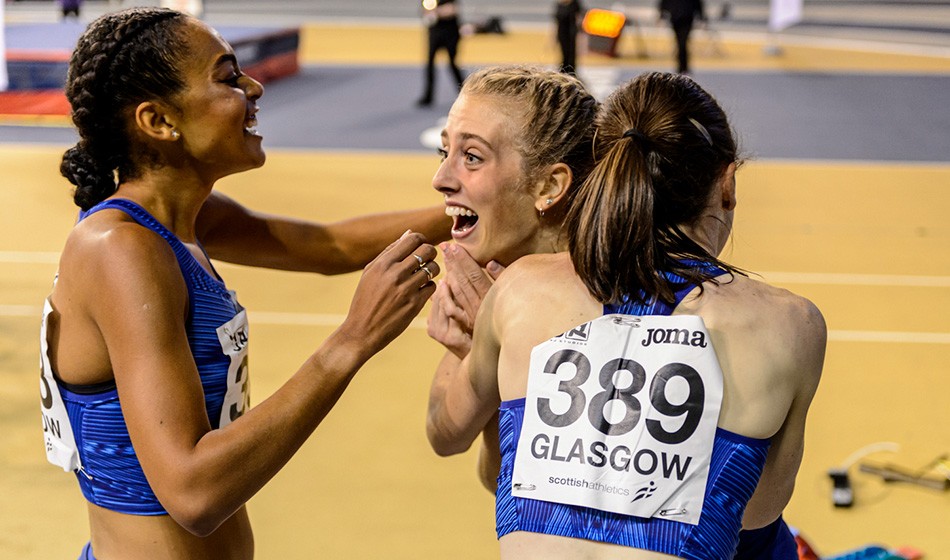 The Scottish middle-distance duo have been isolating together in Glasgow

Laura Muir reckons she can come out of lockdown at full tilt after isolating with training partner Jemma Reekie – and her dog Dolly.

The Scottish middle-distance duo have spent the past three months shacked up at Muir’s house in Glasgow as they await the green light for tracks to open once again.

And the European 1500m champion, who turned 27 last month, admits: “We’re used to being away for weeks at a time for camps and things so we’re just trying to see it as a ‘camp’ but in Glasgow.”

Glasgow/Social Distancing Training Camp! Just a little update as to our current situation. @jemmareekie and @dolly_reekie have moved into the Muir residence 🏡 We are both unable to visit/stay with family to best protect all of our health but living together means we have each others company and can continue to train together as safely as possible. I hope you are all doing ok and looking after each other as best as you can, even if that means staying apart ❤️ #trainingcamp #glasgow #socialdistancing #staysafe

With both pencilled in to make their summer debut at the Monaco Diamond League on July 10 if restrictions ease, training has continued in as normal a manner as possible with Reekie looking to build on a sensational indoor campaign where she broke three UK records inside eight days.

That coming of age for the European under-23 champion could be just the start of something special, Muir underlines.

“Athletically, she’s very fast. At 200-300 metres, she is off,” she says. “She’s very strong and that helps me. But she is very focused and motivated. She loves it so much as well. You can see she has such a passion for the sport.

“And that’s such big part, to be able to commit yourself to being away from home a lot. She’s under a lot of pressure in certain situations and she copes with it so well. She’s definitely got a very good competitive spirit.”

The all-round experience of the Olympic finalist sets a lead to follow, says Reekie. Quick at 800m, strong at 5000m, competitive at everything in between. The camaraderie of Andy Young’s training group was underlined when Muir was first with congratulations when her own Scottish indoor record was demolished by her close friend at the Emirates Arena in February (pictured, top, alongside Adelle Tracey).

“It’s so nice,” says Reekie, also speaking on a Scottish Athletics webinar. “We both knew it would be like that. Everything we do, we’re genuinely happy for each other when someone is running well. Even in the bad times. More athletes need to be like Laura.”

And until they can resume business as normal, the house-mates will maintain their private training group and a path which they both hope will lead to the podium at the Tokyo Olympics.

And Muir said: “The timings of things have changed. We run a bit more in the middle of the day to break things up.

“We’ve had to do more rehab stuff because we don’t have access to physio. We’ll spend an hour foam rolling, chatting to physios and trying to stay relaxed and keep our cool. Pottering about the house and having Dolly is nice.”