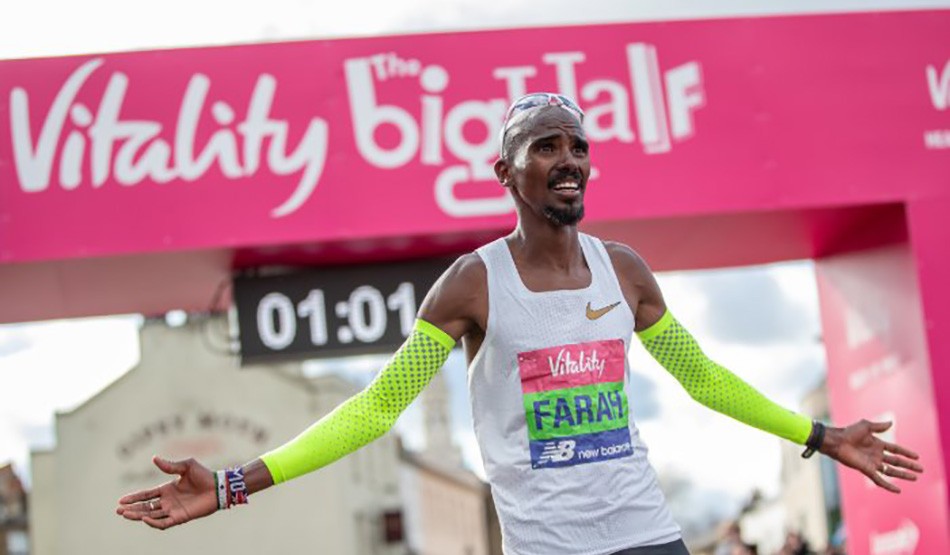 Mo Farah may have decided to target the track at the Tokyo 2020 Olympic Games but he will first return to the roads to defend his title at The Vitality Big Half, where Ethiopia’s distance running great Kenenisa Bekele will be among his rivals.

Britain’s four-time Olympic champion Farah confirmed in November that he would be aiming to defend his 10,000m title in Japan, rather than race the marathon at the Games.

He had previously announced his decision to switch from track athletics to road racing after claiming his sixth world title in London in 2017.

On Wednesday organisers announced that The Vitality Big Half, which takes place in London on March 1, will form part of Farah’s preparations for the Games.

“I am really looking forward to coming back to The Vitality Big Half and kicking off my 2020 season,” said Farah, who has won the past two editions of the race.

“Everyone knows how much I enjoy racing in London. It’s my home city and it always gives me a buzz to come back and race here.”

Multiple Olympic and world champion Bekele, the world record-holder in the 5000m and 10,000m, will make his Big Half debut as he works toward the Virgin Money London Marathon, where he will go head-to-head with Kenya’s world record-holder Eliud Kipchoge.

“This will be my first time racing at The Vitality Big Half and it will be a good test for me as I prepare for the Virgin Money London Marathon,” said Bekele, who has said that breaking the world marathon record in London in April would be a “dream”.

Farah and Bekele headline a strong Big Half elite men’s field that also includes Kenyan Marius Kipserem, the reigning Rotterdam Marathon champion who is also preparing for the London Marathon.

This has attracted a strong male domestic field which is made up of five of the six fastest men over the half-marathon distance in the UK last year: Farah, Dewi Griffiths, Jake Smith, Ollie Lockley and Chris Thompson.

In the women’s race, the leading contenders are Hayley Carruthers, who was fourth at The Vitality Big Half last year, plus Eleanor Davis, Clara Evans, Tish Jones and Stephanie Jones.