Manchester calling for the Wightmans 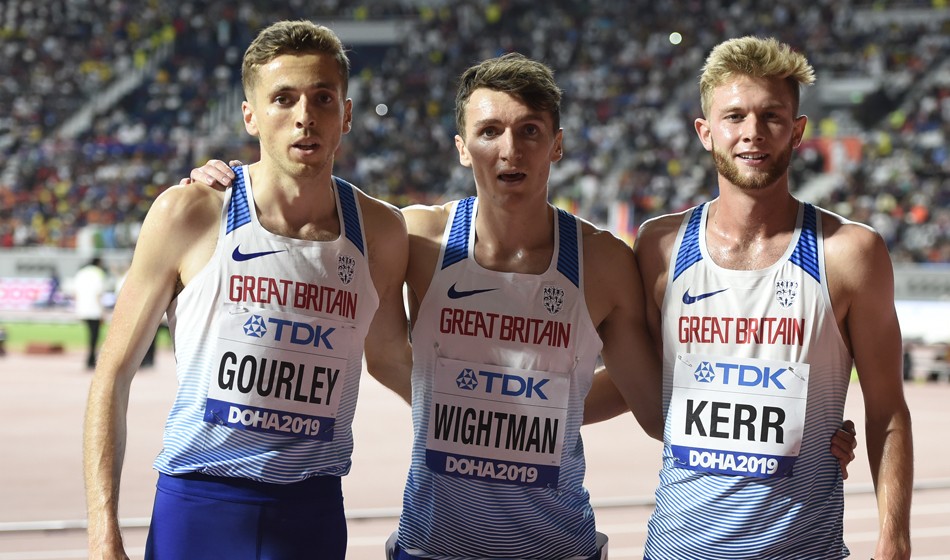 Jake Wightman reckons having no crowd at this weekend’s Müller British Athletics Championships will be surreal – because the only voice he’ll hear is his Dad’s.

The 26-year-old is one of the few big names planning to hunt domestic glory in Manchester on Friday and Saturday (September 4 and 5) after a lack of fans and strict rules to cope with coronavirus persuaded some to stay away.

It’s going to be a meeting like no other, claims the Scot, who is now the fourth-quickest European in history over 1500m following his stunner in Monaco three weeks ago.

But with father Geoff doubling up as his coach and the event’s man on the mic, Jake’s still going to have his name called out loud.

“We were speaking about British Championships and the fact there’s going to be no crowd,” Jake explains.

“I said: ‘there’s going to be no atmosphere.’ He goes: ‘I’ll be the atmosphere’. He was under the illusion that anyone is listening to him in the first place.

“It will make it completely different. From his side as well. Who is he announcing to? It’s just the athletes and the officials.

“They’ll be thinking about their performances – rather than him getting the crowd up for it. But it is something we’re going to have to get used to this whole year.

“But Dad’s always played it straight down the line when I’m running. He doesn’t give me any special treatment. If it did, it would be a bit embarrassing.”

READ MORE | Müller British Athletics Championships: Who, what and when?

Wightman has opted to go for 800m gold at the Trafford Arena, leaving the path clear to fellow Scot Neil Gourley (pictured above, left, with Wightman) to defend his 1500m title.

“It’s still a championship and it’s still a chance to win a British title,” he said. “So I am definitely going to put that as one of my main goals of the season. I hope I can try and get an 800m personal best on the way.”

But Wightman, who will face sub-1:45 man Daniel Rowden in Manchester, is keen to greenlight a double strike in Tokyo if the Olympics go ahead next summer.

And then he’s all in for an historic treble inside a bonkers six weeks in the summer of 2022 when the world championships in Oregon, Commonwealth Games in Birmingham and Euros in Berlin are all crammed together in quick succession.

“I don’t know the last time Scotland got a gold medal on the track at Commonwealths so it would be a big incentive for me.”

» Click here for our guide to the British Championships