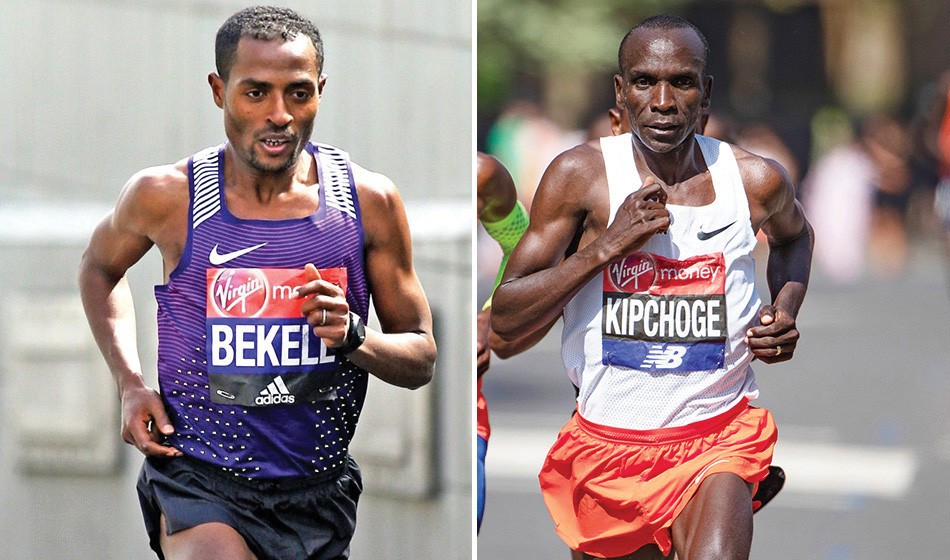 Kenenisa Bekele has been announced for the Virgin Money London Marathon on April 26, setting up a mouth-watering clash between two of the greatest distance runners in history as he takes on Eliud Kipchoge.

When it comes to official marathon times, the pair are separated by just two seconds, with Kenya’s Kipchoge having broken the world record with his 2:01:39 in Berlin in 2018 and Ethiopia’s Bekele storming to success in the same city 12 months later, clocking 2:01:41.

Both athletes feel the world record could fall in London, with Kipchoge – who made further history with his remarkable sub-two-hour time trial run in Vienna – hoping for an historic fifth win at the event and Bekele eyeing a third global mark to go with his world 5000m and 10,000m records from 2004 and 2005 respectively.

Of the four times Kipchoge and Bekele have met over the marathon distance, which includes the 2016 and 2018 editions of the London Marathon, Kipchoge has come out on top in each one, but Bekele has the better overall head-to-head record over all distances and surfaces.

“I am thrilled to be returning to London,” said Bekele, who has claimed three Olympic gold medals on the track as well as 17 world titles on the track, cross country and indoors.

“I feel like I have unfinished business here and I would love to win this beautiful race.

“I am looking forward to racing against Eliud once again. We have had many great battles over the years on the track, roads and cross country. He is a special athlete who proved that again with his magnificent achievements last year.

“I feel like my win in Berlin proved that I am still capable of winning the biggest races in the world and in world-class times. I am really looking forward to what I can do in London.”

On how it would feel to add another world record to his running CV, Bekele added: “It would be very special if I did that. Breaking the record in London would be double happiness because London is the best race ever in the world.

“I hope my dream will come true.”

Event director Hugh Brasher said: “This is a match-up of two of the greatest athletes the world has ever seen and two men who already have their names in the record books. We are thrilled we have been able to make it happen in London.

“It is truly fitting that this match-up between two legends of the sport takes place at this year’s Virgin Money London Marathon, the 40th race in the fantastic history of our event. It is the head-to-head the world is waiting to see.”

Other athletes in the elite men’s field include Ethiopia’s Mosinet Geremew and Mule Wasihun, who finished second and third respectively behind Kipchoge in London last year, plus Dewi Griffiths and Andy Vernon, as British athletes also race for Olympic places.

This is the last of London Marathon’s ‘elite week’ announcements. Click here to read more about this year’s fields.