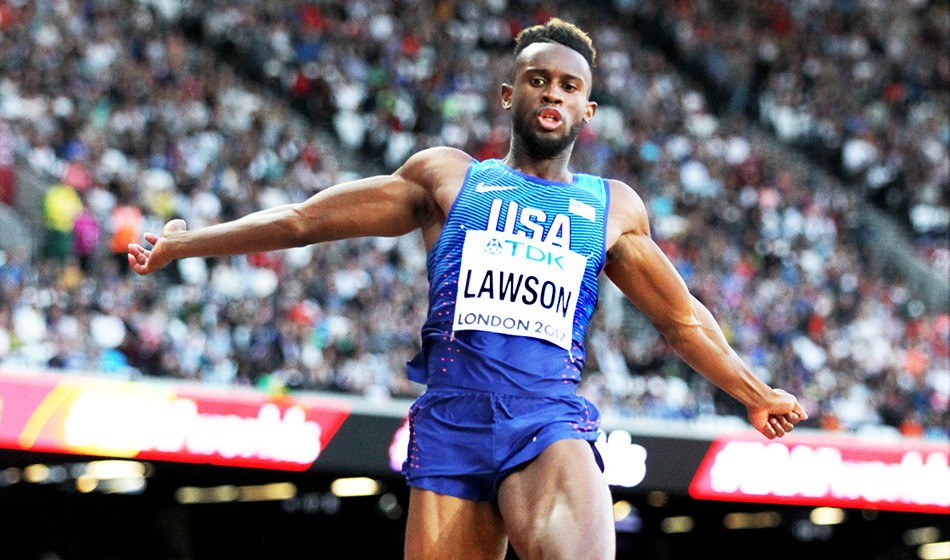 Jarrion Lawson has been handed a four-year ban by the IAAF after testing positive for epitrenbolone, a metabolite of the prohibited steroid trenbolone.

According to the case decision document, published by the Athletics Integrity Unit, Lawson maintains “that the likely source of the epitrenbolone in his system was contaminated meat” which he had eaten for lunch the day before the test.

However, the decision document adds in part: “… the Tribunal holds that the Athlete has failed to satisfy his burden of establishing how the Prohibited Substance Epitrenbolone entered his body.”

Lawson’s ban is backdated to the date of his provisional suspension – August 3, 2018.

His results achieved from June 2 to August 3 are also disqualified.

In a statement released on the eve of the case decision being published, Lawson said: “This process has been unbelievably daunting.

“At every turn, I keep thinking that common sense and justice will prevail, but I am continually disappointed.

“I have not been nervous to this point because I am innocent and I maintain confidence that eventually things will be righted.”

The statement added: “Two recent cases have shown that meat contamination has caused positive tests for trenbolone/epitrenbolone and both athletes were cleared of any wrongdoing by their respective anti-doping bodies. In both these cases, the athletes’ levels of epitrenbolone in their urine were virtually identical to the level in Jarrion Lawson’s sample.

“The AIU does not contest that Jarrion Lawson ate beef 19 hours before his urine test, and the tribunal also acknowledges that contaminated beef is capable of causing a positive test for epitrenbolone at low levels, however their decision is based on the premise that Jarrion Lawson was unable to prove that the beef he ate was the source.”

His agent Paul Doyle confirmed that Lawson and his team will contest the decision at the Court of Arbitration of Sport.

The full case decision document can be found here.

Meanwhile, Russian athletics officials have been accused of overseeing the forgery of documents in an attempt to cover up a breach of anti-doping rules by high jumper Danil Lysenko.

The world indoor champion, who also claimed silver at the outdoor world championships in London in 2017, was provisionally suspended last year following a whereabouts rule violation.

According to an investigation report by The Sunday Times published on Saturday (June 1): “It is claimed that false paperwork was created to give Lysenko a medical excuse for failing to disclose his location.”

The Russian athletics federation has been suspended as an IAAF member since November 2015 and reinstatement had been expected to form a key part of discussions at the next IAAF council meeting in Monaco next weekend.

The Sunday Times reports that Russia is now facing a ban from competing in the 2020 Olympics following this latest investigation.

» On March 9 the Court of Arbitration for Sport announced that Lawson’s ban had been overturned, ruling that he “bears no fault or negligence” for the anti-doping rule violation. Read more here