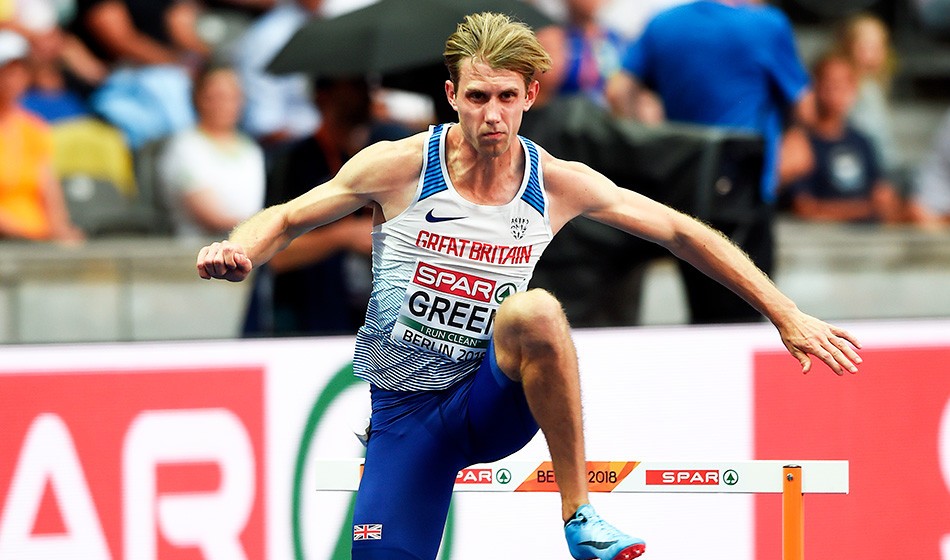 British hurdler Jack Green has announced his retirement from competitive athletics and his plan to move into coaching.

The 28-year-old is a two-time Olympian, having competed in the 400m hurdles at the 2012 Games in London and in Rio four years later, also forming part of the 4x400m team to finish fourth in London.

He claimed world relay bronze in the UK capital in 2017 and claimed a medal of the same colour as part of the GB quartet at the European Championships in Amsterdam in 2016.

Green has spoken openly about his mental health struggles during his career and in a 2016 interview he told AW how he considered retirement before achieving Rio Olympics qualification.

“For someone with mental health problems it’s tough giving your whole life to track and field. You have to find the balance,” he said then.

Announcing his retirement on social media on Sunday evening, Green said: “A new chapter begins. I have decided to retire from track and field. I had every intention of training towards a third Olympic Games but after taking some time out and learning more about myself I came to realise that I wasn’t willing to give myself to the sport and make the necessary sacrifices to be the best I could be on the track.

“I was not willing to lose myself or anything else in the hunt for Olympic success. There’s a damn sight more to life than running around and after nearly 10 years at the elite level I’m more than happy to move forward with the next part of my story.

“I finish my athletics career having represented my country at every major championships possible, including two Olympics. This was something I dreamt of as an eight-year-old. I would write stories in English about beating Maurice Greene in the 100m and taking home gold. I didn’t quite get the gold but I did achieve my dream!

“Fourth at the Olympics, bronze medals from the Worlds and Europeans and a fourth at the Commonwealths. Not too bad an innings!”

Giving thanks to his mum, nan, coach and others to have supported him, he added: “I will not be leaving the sport completely as I plan to step into the world of coaching, something I thoroughly enjoy and can hopefully help some athletes achieve their own dreams.

“I will still be sharing my story about my mental health struggles and being an elite athlete. I’ve been lucky to speak for some of the top businesses and organisations in the world. So, feel free to get in touch if you think I could help you or your team!”