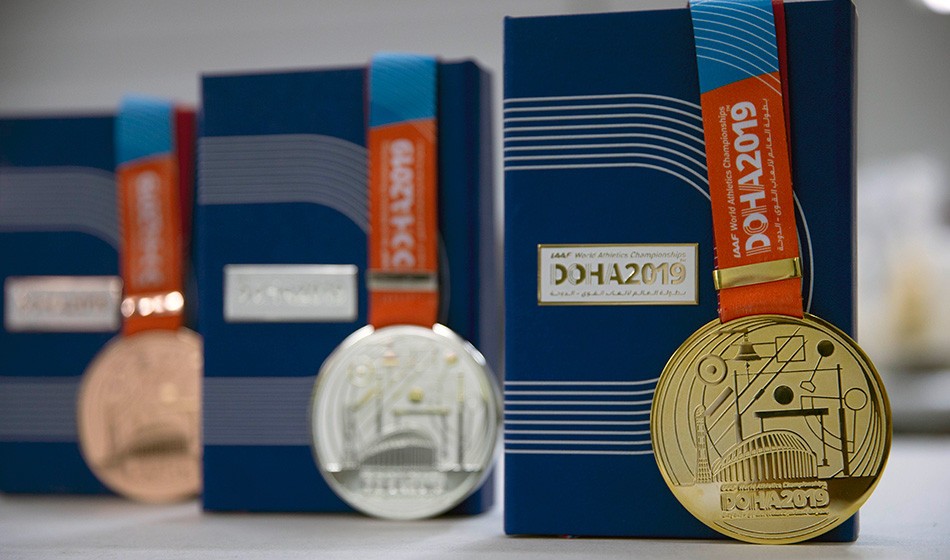 More than 2000 of the world’s top athletes will be competing for the 192 medals on offer across 49 finals during the 10-day IAAF World Athletics Championships, which gets under way in Doha, Qatar, on Friday September 27.

Here we list links to some of the squads heading to the global showpiece.

Australia
A team of 57 athletes will represent Australia, including Commonwealth high jump champion Brandon Starc.
The team list can be found here

Canada
Athletics Canada has selected 52 athletes, with sprinters Aaron Brown and Andre De Grasse plus pole vaulter Alysha Newman among those on the team.
Read the full team list here

France
Kevin Mayer, Yohann Diniz and Pierre-Ambroise Bosse will all defend their titles as they feature on France’s 57-strong team.
Click here to read the full team list

India
The Athletics Federation of India has selected a 25-member team.
The team list can be found here

Jamaica
Sprinters Elaine Thompson and Shelly-Ann Fraser-Pryce and hurdler Omar McLeod are among those named on the Jamaican team.
View the team list here

Kenya
Athletics Kenya has named a team of 47 athletes, including defending champions Conseslus Kipruto, Faith Kipyegon and Hellen Obiri. Elijah Manangoi is out with an ankle injury.
Click here for the team list

New Zealand
A team of 13, including shot putter Tom Walsh, has been confirmed, with Nick Willis a potential addition to take the team to 14.
Find team news here

Poland
A total of 44 athletes are set to compete for Poland, including defending hammer champion Paweł Fajdek and national pole vault record-holder Piotr Lisek.
The team list can be downloaded here

Spain
A 40-strong team, including hurdler Orlando Ortega, has been announced for Spain.
Click here to read the team list

United States
Eight reigning world champions including Sam Kendricks, Emma Coburn, Brittney Reese and Christian Taylor and 13 Rio Olympic gold medalists lead the 141 athletes on the USA team. Allyson Felix has been selected for her ninth consecutive world championships team as she features in the 4x400m relay squad just 10 months after having a baby.
Click here for team list

Provisional entry lists have been published by the IAAF and can be found here.