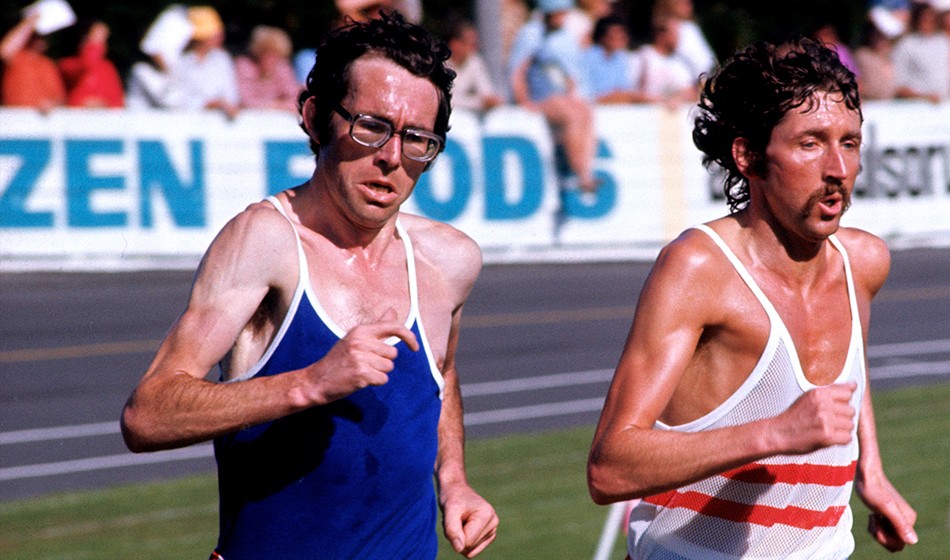 The Olympic marathoner was seventh at the 1972 Games

Don Macgregor, who confounded the rankings by coming seventh in the marathon at the 1972 Olympics in Munich, has died, aged 80.

The Scottish running legend was part of a golden generation of long-distance specialists that also included fellow Britons Ron Hill and Jim Alder.

Finishing one spot behind Hill on his only Olympic appearance, Macgregor (pictured above, left, with Hill in 1974) was eighth as the Englishman took victory at the 1970 Commonwealth Games in Edinburgh and sixth when the event was staged in Christchurch four years later.

Edinburgh-born, he later taught modern languages at Madras College in St. Andrews and at the University of Abertay. He also served as a Lib Dem councillor on Fife Council while coaching future generations at Fife AC, even when his lengthy running career was finally curtailed in 2012 following a health scare that saw him fitted with a pacemaker.

Yet, at the time of his death, he remained in one-hundredth place in the UK’s all-time marathon list with the personal best of 2:14:16 he set during his Commonwealth bid in New Zealand.

“In his early years he was not that successful, giving hope to us all,” his long-time contemporary and current Scottish Athletics president Ron Morrison remarked.

“But by the application of clever phasing of his training, he achieved heights well beyond his natural talent as well as a career that lasted well beyond most.”

Fluent in German and French, Macgregor wrote a number of books including a biography of German runner Otto Peltzer, who was persecuted by the Nazis, as well as an autobiography entitled Running My Life.