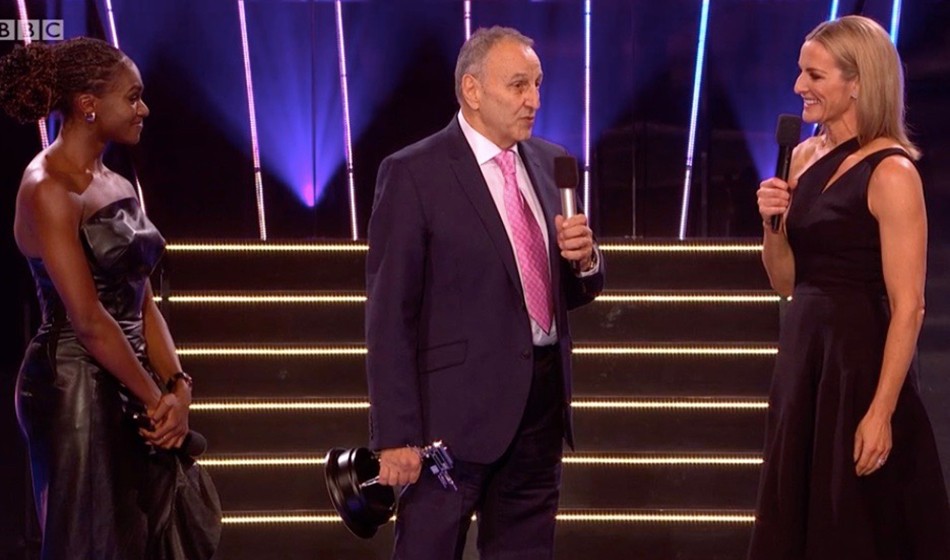 It was not to be for Dina Asher-Smith and Katarina Johnson-Thompson in the BBC Sports Personality of the Year show as the main prize went to cricketer Ben Stokes.

But it was still a great night for athletics at the annual awards show in Aberdeen with, in addition to Asher-Smith’s recognition, awards for her coach John Blackie, plus Baroness Tanni Grey-Thompson and Eliud Kipchoge.

Blackie (pictured above with Asher-Smith and Gabby Logan) was named coach of the year and stepped on to the stage to take his accolade as Asher-Smith was being introduced as one of the six sports stars on the short list for the No.1 honour of the night.

“On behalf of all the volunteer coaches out there, this is the kind of thing you can do,” said Blackie. “Don’t give up. Just set your sights high.”

Grey-Thompson was given a special lifetime achievement prize for her incredible wheelchair racing career and she also paid tribute to the volunteers in the sport that had helped her reach her potential.

“My path to elite sport involved trying loads of different sports – swimming, tennis, basketball, netball, rounders and ultimately wheelchair racing. I was so fortunate to find something I loved and became good at it,” she said.

Kipchoge, meanwhile, was awarded the world sports star of the year after winning the Virgin Money London Marathon and breaking the two-hour barrier in the INEOS-sponsored event in Vienna.