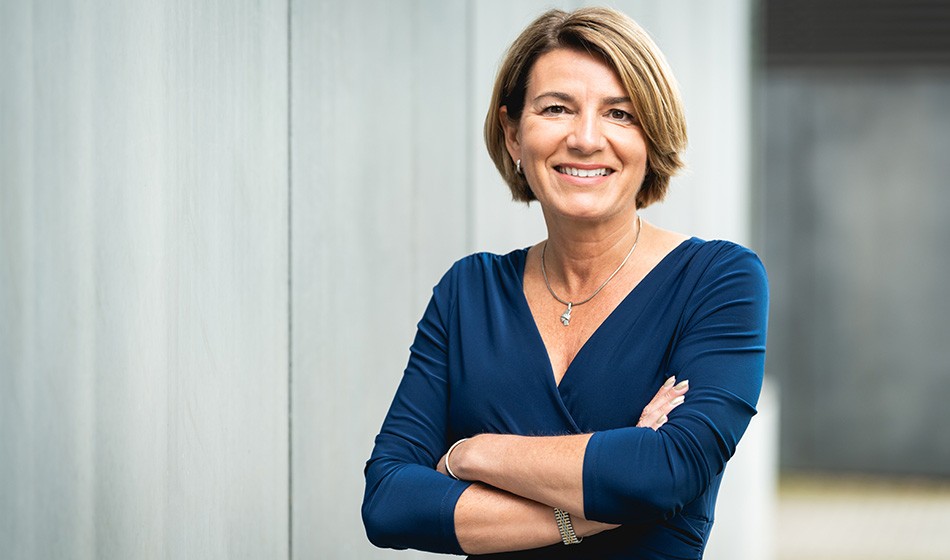 It has been a busy few months for Joanna Coates, but as the person tasked with getting UK Athletics (UKA) back on track, that has come as no surprise.

Now, 100 days into her chief executive role, the former England Netball chief has been able to reflect on work done so far and look ahead to another key milestone in the appointment of a performance director and Olympic head coach during what she describes as a “new era” for the sport.

Upon her arrival, Coates says there were a number of areas which required particularly urgent attention, such as addressing the recommendations raised from the independent review of the national governing body, conducted by Dame Sue Street.

In its summary of findings document, UK Sport concluded that: “The scars inflicted as a result of the period of difficulty within athletics are clear to see”, with participants referring to a general “culture of mistrust” which was “particularly highlighted in relation to the relationship between UKA and the HCAFs (home country athletics federations)”.

Explaining where her initial focus lay, Coates explains: “There were a couple of things that – I don’t want to use the word forced, they were not forced upon me – but they absolutely needed actioning within a time frame, and that was very much the recommendations that came out of the Dame Sue Street review.

“I had to deliver a signed collaboration agreement between the five parties, so UKA and the four home countries, and we had to have done that by May. So, I was absolutely delighted that collectively the five of us were able to deliver that, to say that we would work together moving forward and be able to define the roles and responsibilities of the five bodies.

“Another thing that was forced upon me was a business continuity plan, so how do we work in these strange environments?” she adds. “That wasn’t something that when I originally took the role I thought I would be doing.

“Some of the other stuff – I definitely wanted to look at coaching as an absolutely priority for me. That was obvious within about a week of me being here. So, we have set up a coaching group that is looking at all of that. We have also set up a group to look at what competition events might look like moving forward.

“I suppose at the time I took the role on, I didn’t think there would be an opportunity to look at (recruiting) the performance director and the head coach,” she continues, “really because at the time, the Olympics were still literally around the corner. With that Games postponement, I am delighted that we have got those two roles out because we’re going to be ahead by a few months rather than behind.

“One thing for me is about changing the perception of the sport. This is a fabulous sport, lots of great people work in it, and some of the thoughts around the things we want to change have been received really positively. There’s still lots more to do, don’t get me wrong.”

Following the review, UK Sport described the lack of a head of coaching as “a current gaping hole within the sport”. UKA’s performance culture was also criticised in another independent review, for which the findings were exclusively published in AW magazine earlier this year.

“I need to build a strong senior leadership team that will help me drive this organisation forward and these two roles are completely key to that,” says Coates of the Olympic head coach and performance director positions. “We have had a fantastic response already.

“These two appointments not only will drive the sport forward from a performance point of view, but they will help me in creating the culture of the organisation moving forward and that is very, very important to me. That cultural fit will be huge when we look to appoint.

“You can put in systems, you can do all that, but if the culture is wrong then an organisation will never flourish. It is absolutely key that the cultural fit is right.”

Explaining that ‘cultural fit’, she adds: “We can all write values on a piece of paper and all go ‘yes, we’ll live by these values’, but I think it’s about exhibiting excellent behaviours. For me, it’s about setting an example that you wouldn’t ask people to do something that you wouldn’t do yourself.

Coates says she is aware that the governing body has “disenfranchised” coaches in the past so, particularly for the head coach role, she is encouraging those coaches “to give us a chance to prove that there is a place for them in the sport”.

She adds: “Lots of coaches have reached out to me and they have expressed the fact that they haven’t had a close working relationship with UK Athletics in the last few years and that potentially, they might not be seen as a credible candidate. I think the main message I want to get out there is we want people to apply who previously might have thought ‘I won’t get a look in’. We want those people to come and talk to us and to apply because we know we have disenfranchised a lot of fantastic coaches.”

When it comes to a shake up in the structure below the performance director and head coach, which currently sees Stephen Maguire (sprints, hurdles and relays), Barry Fudge (endurance) and Peter Stanley (field and combined events) in the three lead coach roles, Coates adds that nothing is set in stone.

“I think when you make major appointments like this, I would imagine that when I sit across from them at the table they will ask me the question – ‘how much change can I make?’ I would be surprised if any head coach or performance director would not ask me that question,” she says.

“This is a new era, this is an opportunity for change. And if they think that major change is necessary then if it is right for athletics, we will allow that change to happen.”

» Following publication of this interview, British Athletics announced that Barry Fudge will leave his role as head of endurance at the end of June

» More about the performance director and head coach roles can be found at careers.ukathletics.org.uk with July 12 the closing date for applications