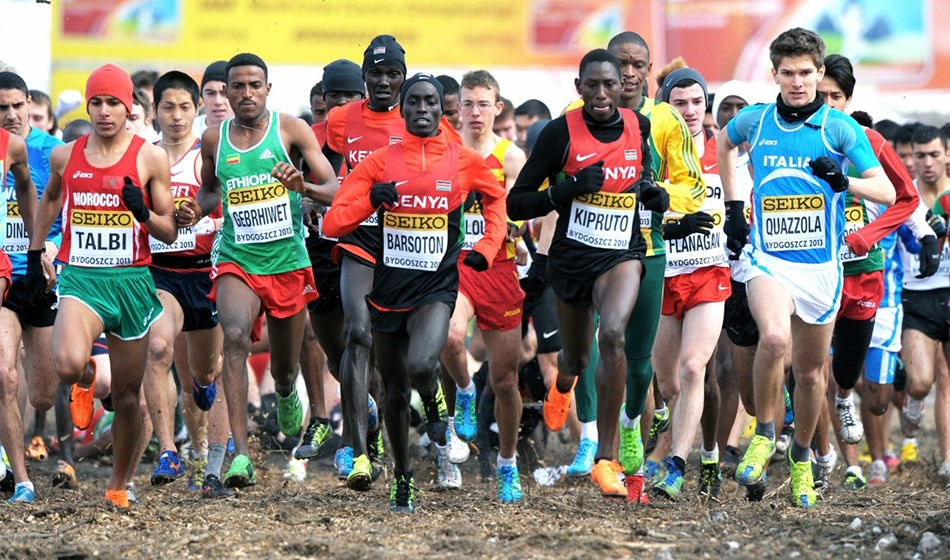 World Athletics is pushing for cross country to return to the Summer Games programme, 100 years after it last featured

Cross country could return to the Olympic programme, with a mixed team relay having been proposed for the 2024 Games in Paris.

The 2024 event will mark 100 years since cross country last featured at the Games, with the 1924 Olympics also having taken place in the French capital city.

There have been many calls for the discipline to become an Olympic event once again and it is now over a decade since Haile Gebrselassie, Paul Tergat and Kenenisa Bekele wrote a joint letter to the IOC stating the case for cross country running to be in the Winter Games.

In 2014, AW editor Jason Henderson listed 10 reasons why cross country running should be in the Winter Olympics but the idea of its inclusion in the Summer Games is also popular.

Explaining the mixed team relay format, World Athletics said: “Each team would be composed of two men and two women. Each member of the team would run two legs of the 2.5km course, alternating between male and female athletes as each athlete completes the 2.5km course and hands over to a team-mate.”

World Athletics plans to meet with the Paris 2024 organising committee in the near future to discuss further details of the proposal.

“When I joined my first athletics club, Hallamshire Harriers, the club president was Joe Williams, who ran in the last Olympic cross country race in Paris in 1924.

“It would be hugely symbolic for this wonderful athletic discipline to return to the fold after a century, and for a new generation of runners to fall in love with the glorious challenge of running off-piste.”

World Athletics CEO Jon Ridgeon said: “We think it will bring another exciting discipline to the Olympics and extend the reach and profile of our great sport.

“The first hurdle is to ensure inclusion of cross country into the 2024, and beyond, Olympic programme and then it is a matter of working through what the venue will be.

“In terms of how that will be included and its impact on the wider track and field programme, that has not been discussed yet. That will be for the next few months.”

On Thursday it was also announced that organisers of the 2021 World Cross Country Championships in Bathurst, Australia, have requested that the event be postponed due to ongoing travel and gathering restrictions resulting from the coronavirus pandemic.

Mark Arbib, president of Athletics Australia, said: “Whilst extremely disappointed to be making this recommendation, Athletics Australia and the LOC remain committed to the delivery of an outstanding world championship event, once we are confident that the best international cross country athletes can make their way to New South Wales and interstate travel is not restricted.”