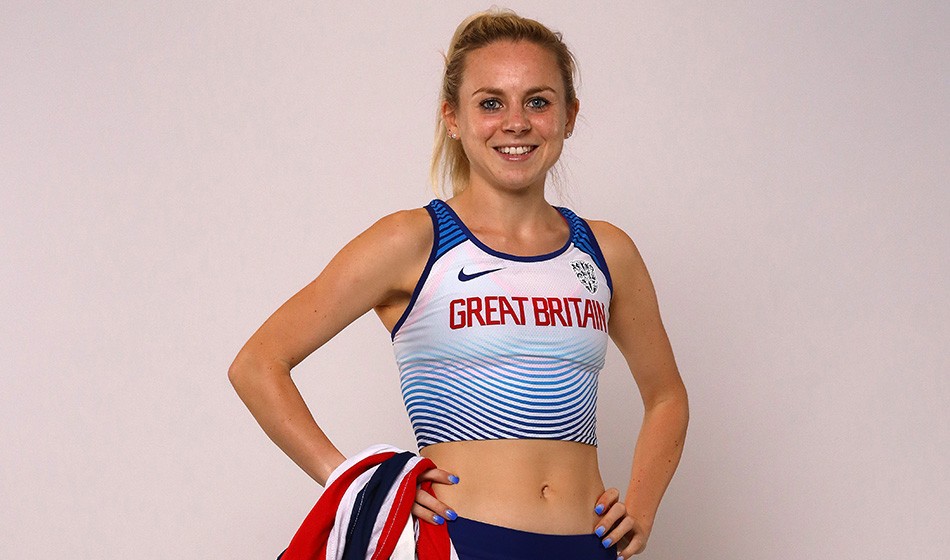 Charlotte Purdue admits that the conditions she faced at the Great Britain holding camp in Dubai were a lot more challenging than she expected but the 28-year-old adds that running there, and undertaking heat chamber sessions, has left her feeling as prepared as possible for the IAAF World Championships marathon on Friday night.

The marathon and race walk events at the championships are being held at night to avoid the worst of the heat out on the roads of Doha, but temperatures are still expected to be around 30C, with humidity forecast at 60%.

Purdue has pushed her days back in preparation for the start time of one minute to midnight, but says the real challenge will be the humidity.

“I’m glad I came out to Dubai because the conditions are a lot more challenging than I first thought,” Purdue explained as she sat down with AW at the team preparation camp in the UAE. “I didn’t really think the humidity would be as high as it has been out here, which has taken a bit of getting used to, but every day I feel better running.

“If I didn’t come to Dubai and flew straight in I think it would have been a lot tougher,” added the Nic Bideau-coached runner, who moved to third on the UK all-time marathon rankings with her PB of 2:25:38 to win the British title in London in April. “I’m feeling good about the race and it’s going to be the same conditions for everyone, so I’ve just got to give it my all.

“I’ve been running in the heat chamber at St Mary’s (University) twice a week, doing my easy runs in there. It was hot in there but not the humidity. In the heat chamber I actually thought ‘this is hard but I can deal with it’ and then when I came out here I was like ‘oh my gosh, it’s something completely different’. I’m so glad I did come here because it’s really tough, but it’s the same for everyone. I’ve been adapting every day here, trying to run in the evenings as well, so I can get some idea of what it’s going to be like in the race.”

Purdue further proved her fine current form by clocking a half-marathon PB of 68:08 at the SimplyHealth Great North Run earlier this month and now hopes to improve on her 13th-place finish at the 2017 world championships when she races on the loop course along Doha’s Corniche waterfront promenade.

“I always want to win, so I still want to win even though it’s a world champs,” said the Aldershot athlete, who won’t be joined by fellow GB marathoner Tish Jones on the start line in Doha after the Belgrave runner was a late withdrawal due to injury.

“Obviously I’d like to finish as high up as I can. Two years ago I was 13th so I’d love to improve on that – top 10, top eight, and then you just never know.”

Also getting ready to race in Doha is Purdue’s team-mate Dominic King, who will contest the 50km race walk, and the Olympian emphasised how important it will be to respect the conditions. 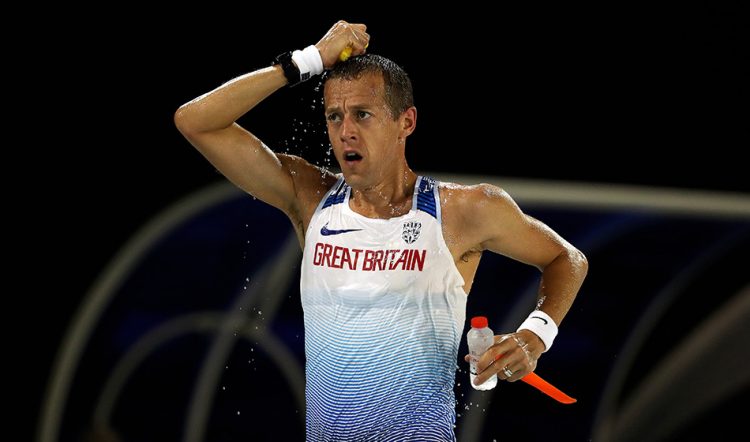 “I’m probably apprehensive as to what’s coming but at the same time I know that I have done all the preparation that I possibly can in getting to the start line as fit as possible. Experiencing the heat out in Dubai has been really worthwhile for me,” he said.

“It won’t be about times,” he added, with the men’s and women’s 50km race walk events getting under way at 23:30 local time on Saturday night. “I think it’s really important to respect those conditions.

“I’m hoping to take out a few scalps because I feel like I have prepared as best as I possibly can. In the early stages of the race the position might not be where we want to be but I think for the marathon and walks the back end of the races will be where it will be really testing on the preparation and hopefully I can come through the field as best as I can.”

Speaking at a pre-championships press conference, IAAF president Sebastian Coe explained the extra provisions which have been put in place amid concerns over the extreme conditions.

“We have to be mindful all the time of the welfare of the athletes,” he said. “We have a medical team that will monitor those conditions all the time.

“It has given us an opportunity to undertake a lot of work around heat management.

“We do recognise that the road events are the events that we need to watch carefully.

“Humidity is really a challenge. We do have extra precautions, we do have extra stuff out on the course – more medical support, more water. But yes, it is going to be tough.”