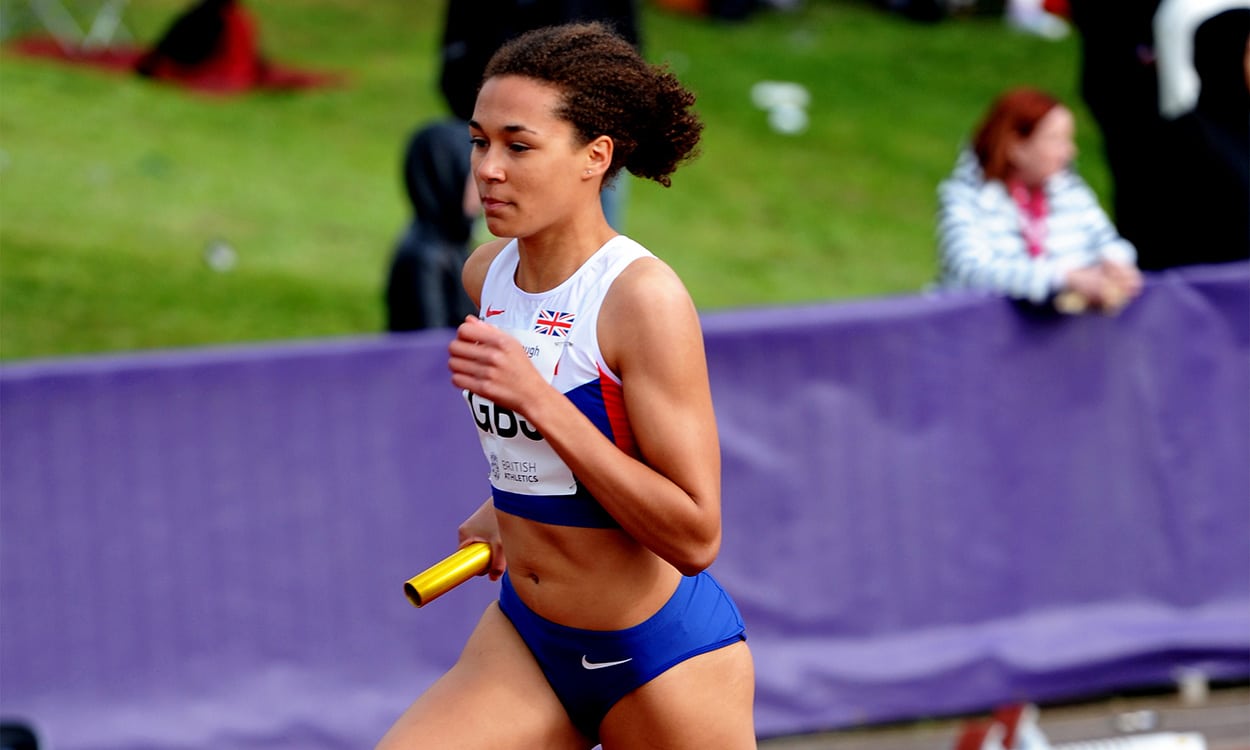 A promising sprinter sidelined by injury has been left “absolutely overwhelmed” after her crowdfunding campaign to cover surgery costs hit its target within just two days.

Catherine Reid claimed 400m bronze at the IAAF World Youth Championships in 2015 but severe knee pain prevented her from building on that early success.

In the same year, she travelled to Samoa to represent the Isle of Man at the Commonwealth Youth Games but was forced to withdraw from the final. After taking up a sports scholarship in America the problem with her knee did not improve and last year she returned to the Isle of Man where she has been working hard with hard with Sports Aid physiotherapists and her strength and conditioning coaches Andy Watson and Ben Carling.

After years of investigation into the cause of the problem, surgery to lower her left knee cap was deemed the solution, but one that came with a price tag of £8500.

After sharing her story on the crowdfunding website gofundme.com, the athletics community rushed to the rescue, with British elite athletes including sprinter Adam Gemili and hurdler Jack Green among those helping to fund a potential team-mate of the future.

“I set the page up on Wednesday night and my mum was saying: ‘You’ve already got £200!’ And then before I knew it there was thousands in there. I was thinking, ‘I can’t believe this many people would still have this much faith in me’.

“It’s been so long since I’ve delivered a performance that I personally think is worthy of such attention. For people to back me that much, it just really blew me away.”

She underwent the operation on Monday and now begins her road to recovery.

“The last time that I comfortably competed was in World Youths in 2015,” Reid remembers. “That was the last time I ran with no knee pain and completely confident with my own ability.

“The last time I ran at all was in October 2017 but it would have been August 2017 when I thought ‘I actually can’t do this any more, I’m causing more damage than I’m helping’.

“I just knew that there was something wrong. I knew that once it got figured out, I could get over it.

“I think I’m quite a headstrong person so it has all been about staying positive and being able to see that light at the end of the tunnel. Even when it seems impossible, I’ve always been able to find it.”

While Reid is cautious not to rush her recovery, which is expected to take six months, she can’t help but hope that the operation puts her back on track toward her goal of competing at the Tokyo Olympics.

“It’s hard for me to not look at Tokyo 2020 as a possibility,” admits the 20-year-old, who is also grateful for support from Isle of Man Sport Aid and Nedgroup Investments.

“Since the Rio Olympics I thought, ‘that has to be me next time’.

“I see it’s going to be a lot more difficult now, but I still think it’s a possibility.”

» Any further donations made at gofundme.com/5va127k will go towards Reid’s recovery costs