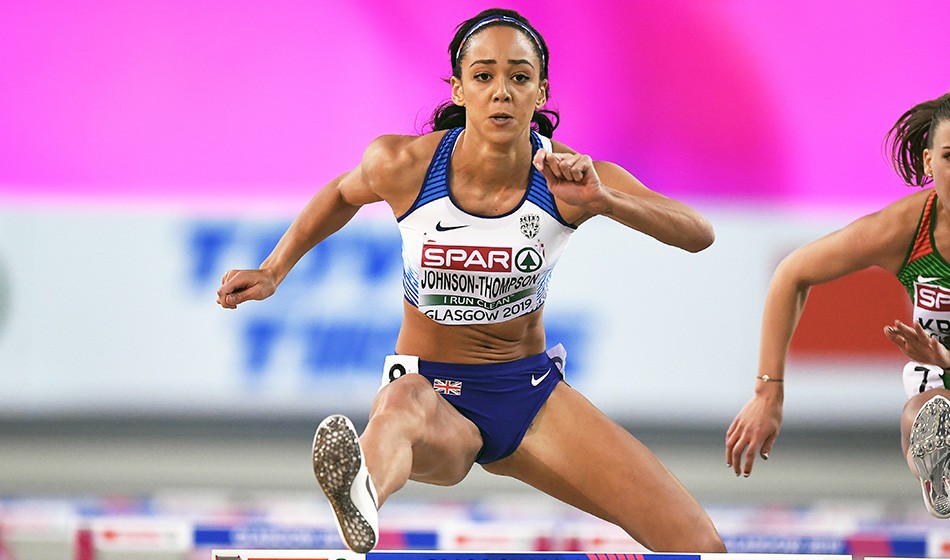 Katarina Johnson-Thompson has ruled out defending both her world and European indoor titles next year, insisting the revamped athletics calendar carries a risk of burnout.

The reigning world heptathlon champion has been seen online running around her flat and carrying a javelin into a park in a bid to stay attuned since returning from her base in Montpelier when the coronavirus lockdown arrived.

With the Olympics switched to 2021, the 27-year-old Liverpudlian will have time on her side to regroup ahead of her quest to earn Games gold in Japan.

But with the rescheduled World Indoor Championships in China now less than two weeks after the Europeans in Poland in March, one of her pentathlon crowns will be ceded by choice, Johnson-Thompson confirmed.

“When all of this got announced, the hope was the Olympics would be switched to the spring,” she said. “Then you could do the world indoors and just stay out there. That is what we spoke about. Then they moved it to exactly a year after.

“I am not sure because the Europeans are on two weeks before the world indoors – they would make much more sense for me to do. I cannot do the pentathlon in both. If I did both, I’d probably do the high jump or long jump in one and pentathlon in the other.

“At the same, I wouldn’t want to wear myself out early doors with the Olympics later. And then it’s the matter of 2022 to try and negotiate. It’s going to be a crazy time. Unfortunately for me, it’s going to be very difficult, I cannot do heptathlon and pentathlon in everything. So, we will have to make some compromises.”

With this year’s European Championships in Paris now cancelled, the diary is largely empty for the British star as World Athletics chiefs plot a shortened Diamond League campaign once international travel restrictions are eased.

Until then, Johnson-Thompson will do what she can to remain fit and ready. But at the earliest opportunity, she will return to the south of France and regroup for arguably the most important 12 months of her career.

“My training partners, their lockdown has been really, really strict,” she said.

“They needed the permission slip with the date signed and you had to take your passport as you could get stopped by police at any time. Then you had to give that in and you didn’t have that for the rest of the day. All my training partners have really struggled to get full training in. You cannot go too far away from your house, Stuff like that. That has been difficult for them.

“The British lockdown has been less strict, So it’s easier for me to train here.”