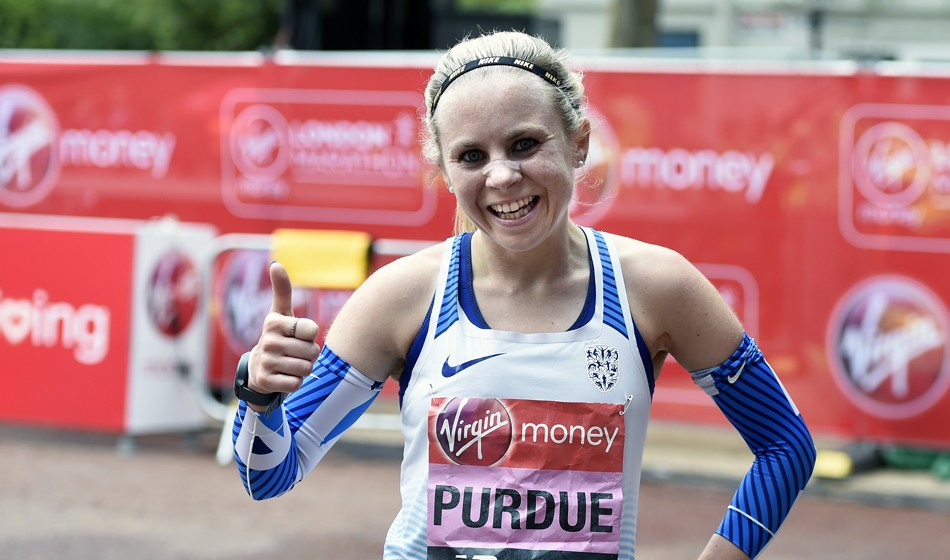 Athletes will race for Olympic places in April, with four of the UK’s all-time top 10 female marathoners among the entries

British athletes are set for an epic clash at the Virgin Money London Marathon on April 26, with places for the Olympic Games up for grabs and a number of qualifying times having already been achieved.

The women’s race is set to be particularly competitive as four of the UK’s all-time top 10 female marathoners are among the entries and looking for selection to the GB team for Tokyo 2020.

The first two British athletes to finish will be automatically picked for the Olympics, as long as they also have the qualifying time, with the third place at the discretion of selectors.

“My aim is to defend my British title and hopefully make the Olympic team for my first Olympic Games,” said Purdue. “It’s definitely not going to be easy with the strength in British women’s marathon running at the moment. But I think that is a good thing and I’m happy for it to be a hard race and a hard battle.”

Davis ran from the mass start in London last year and clocked 2:32:38 before improving again in Valencia. On the Olympics now being a realistic target, she said: “It has still not fully sunk in because it has all come around so quickly.

“I haven’t had an international vest yet, so potentially the first one I get could be going to the Olympics, which is quite crazy!”

Callum Hawkins has already been pre-selected for the Olympic marathon, leaving just two places available on the GB men’s team and runners will be targeting the 2:11:30 qualifying mark in London.

Dewi Griffiths has struggled with injury since running 2:09:49 in 2017 but he returns to action in the UK capital and will line up alongside the likes of Chris Thompson, Derek Hawkins, Charlie Hulson and Josh Griffiths.

Andy Vernon is set to give the marathon another crack after pulling out midway through his debut 26-miler in New York City last November, while Ben Connor makes his marathon debut.

This is the fourth of London Marathon’s ‘elite week’ announcements, with a final announcement due on Friday. Click here to read more about this year’s fields.