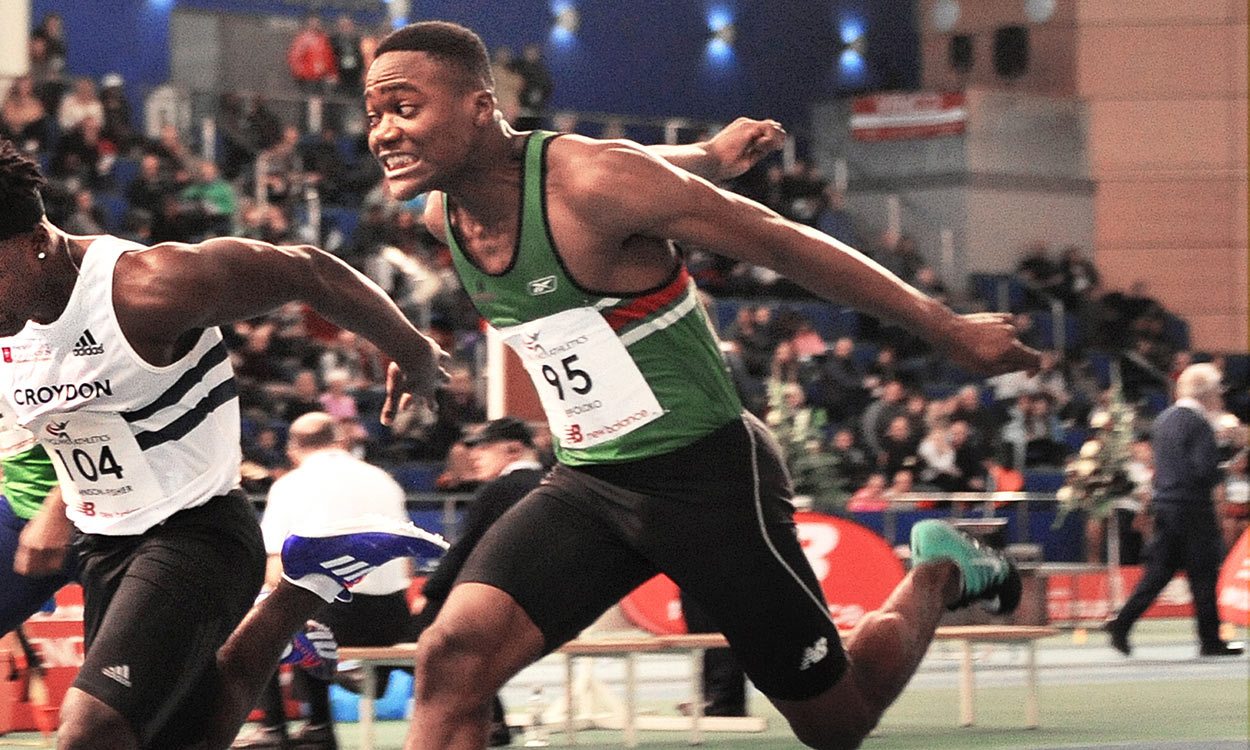 Jona Efoloko hopes to build on a terrific 2016 season that saw him win the European youth 200m title in Tbilisi, plus England under-17 100m and 200m golds.

“Racing for GB was a real honour. I called my mum after and she told me how proud she was of me. That just made it feel even more special.”

Although ranking high up among his best moments, the Sale Harrier does not regard his international triumph as his proudest achievement. He explains: “The proudest moment for me is winning my first English Schools title four years ago, as it was the moment which made me realise that I wanted to make athletics my future.”

The 17-year-old has since made it a hat-trick of English Schools 200m titles and finished last season not only topping the UK age group rankings for both distances for 2016, but also No.5 all-time over 200m.

He also felt the pressure coming back to the England Athletics Championships having just been crowned European champion. “It wouldn’t have looked good being the European champion and then coming back home and getting beaten, so I was pleased to take the title,” he says matter-of-factly.

“My 2016 season was great. I got my first international kit and medal, I got to meet great people, make lifetime friends and hopefully I made a name for myself.”

Looking ahead to this summer, Jona – who already in 2017 has improved his PBs to 10.57 and 21.09 – is targeting selection for the European Under-20 Championships. “My long term aim is to just keep on getting faster and grow as a person on and off the track,” he adds. “I wouldn’t be training every week if the Olympics weren’t one of my aims. I also want to make people I care about proud.”

Jona is part of a strong squad coached by John Smith at Sportcity in Manchester. “Before that, I used to race my siblings and I’ve been chased by many dogs in my childhood and never got caught, which I guess proved to me I was fast,” he smiles.

Naming his favourite athletes as Usain Bolt, Kirani James and Adam Gemili, it is no surprise Jona was inspired by the 2016 Olympics.

“The fact that GB finished second in the medal table was remarkable and proved to the rest of the world that Britain can produce great athletes. Rio made me want to make my dreams of reaching the Olympics,” he explains.

On the 7th August 1995, Jonathan Edwards broke his own triple-jump world record at the World Athletics Championship in Gothenburg, Sweden with an incredible jump of 18.29m, a record which still stands to this day.

"What we want to do is provide an environment that really excites the athletes. There is a lot of technology out there at the moment with which to do that, & how we can invite people in, in virtual reality, how we can create an atmosphere." #LondonMarathon https://t.co/5sr2r60xz5