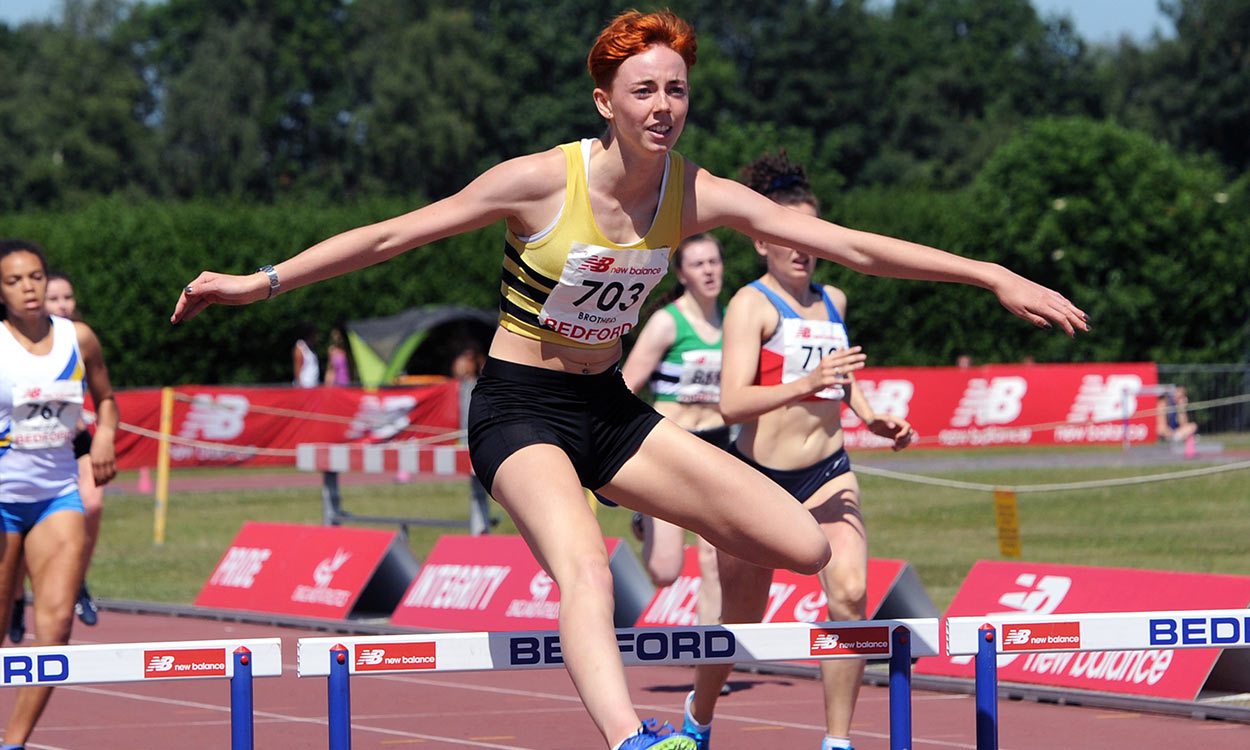 Reflecting on her England Athletics victory at Bedford – in a PB of 59.46 – the 17-year-old Crawley athlete explains: “It was such an amazing feeling, especially because I ran a PB. Finally going sub-60 seconds was such a relief and a step towards the European Juniors in Grosseto.”

There, at the European Under-20 Championships in the Italian city of Grosseto, she showed her consistency with further sub-60 times in the heat and semi-final.

With five sub-60 clockings to her name at the top of the 2017 UK under-20 women’s rankings, Orla is currently one of only two British junior athletes to have achieved the feat even once in 2017. “I am very proud of the progress I have made this season,” she says.

Orla had also hoped to break 59 seconds this season for 400m hurdles, too, as she looks ahead to 2018 and possible qualification for the World Under-20 Championships in Tampere, Finland.

After taking her first national title at the English Schools two years ago over 300m, the talented teenager represented England at the SIAB Schools’ International, where she finished runner-up, before taking another runner-up spot at the UK School Games.

However, Orla had to miss 2016 after hurting her back. She explains: “I spent the first four months of training managing back pain through physiotherapy. Eventually it got so bad that I went to A&E and was diagnosed with a fracture in my lower back. Unfortunately I had to take six months off training, limiting my exercise to a walk around the park.”

When she returned to training, her coach at the time, Dave Buckett, recommended his protégée try 400m hurdles. She has not looked back since, moving to train with Marina Armstrong’s squad at Sutton and also improving her 400m flat time by over three seconds to 55.26.

Having initially taken up athletics because she hated being beaten by the boys in the sprint races on sports day, Orla aims to represent Great Britain at senior level one day. When she leaves school, the maths, physics and history A-level student wants to go to university in either the UK or the US to study accounting, while continuing with one-lap hurdles racing.

Outside of athletics, the likeable youngster explains that she has a few quirky hobbies. “Currently I like getting piercings and experimenting with my hair style and colour,” she explains.

Does she have any rituals before or after training? “After training, there is nothing I like to do more than sing really loudly in the car for the whole hour journey home!” she reveals with a smile.