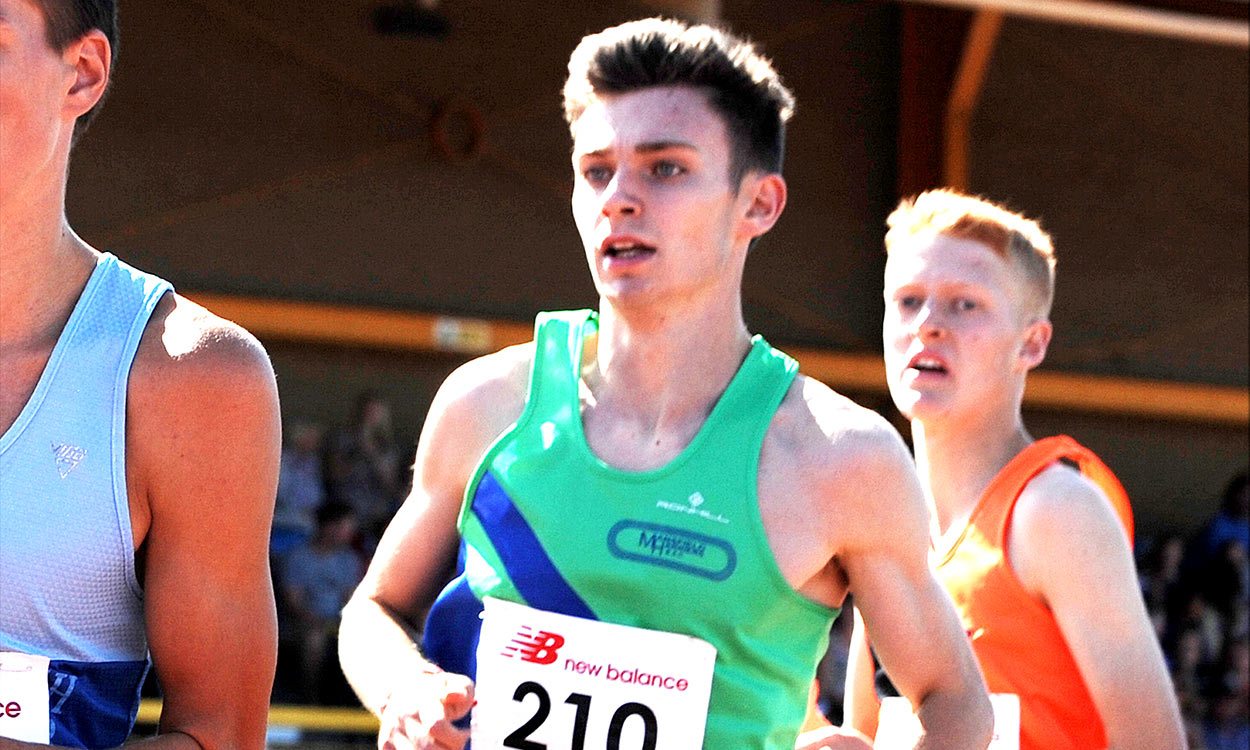 After winning 1500m bronze at the Commonwealth Youth Games in the Bahamas this year, 16-year-old Luke Duffy enters the winter high on confidence.

“Going to the Commonwealth Youth Games was unreal,” he explains. “I set it as my main target for this year and built my season around trying to qualify for it.

“The whole thing was just amazing, including wearing the kit, with the England logo which I had dreamed of representing.”

On the race, he says: “It was just pure adrenaline. Lining up against the Kenyans, who are often spoken about as unbeatable, only served as motivation for me.

“At 800m, one of the Kenyans made a move to try and pull himself and his team-mate away from the field. At this point I just thought ‘it’s now or never’ and I had said to myself before the race that no matter what happens I will be on the shoulder of the leader at the bell.

“I found myself catching the lead and when I actually started passing them I got too excited and kicked for home with 300m to go.”

Ultimately, the teenager took bronze. “Crossing the line knowing I had won a medal for my country and being able to share the experience with one of my closest friends in athletics and my room-mate, Josh Lay, was just indescribable.

“I was surrounded by an amazing team of support staff, who did a brilliant job of making sure the whole team were ready to race.”

His success did not stop there. The Mansfield Harrier had started the year by taking the England under-17 indoor title. “To win off of almost no track work was a huge confidence boost for me, beating some of the best guys in the UK,” he says.

Later in the season, he returned from the Bahamas to claim silver in the England Under-17 Championships, before he defended his title at the School Games. “It was a great way to cap off my season after a disappointing silver at the Nationals,” he says.

Next he will move on to cross country. “It builds a mental and physical strength and allows you to run well throughout the track season,” he explains. “Once you’ve got used to slogging out cross country in the rain and mud, 1500m round the track feels like nothing.”

Under coach Richard Massey, Luke has long-term ambitions. “I feel I have more to give and the dream is to obviously run professionally. The experience at the Commonwealth Youth Games has made me hungry to represent and win more medals for my country in the future as I move through the age groups. Seeing athletes at the World Championships in London, who I race quite regularly at BMC races, has made the idea of making it to that stage seem more possible.”

Having achieved mostly A* grades along with a couple of A grades in his GCSEs, Luke is now studying for his A Levels in Biology, Maths and English Literature at Carlton le Willows Academy in Nottingham.