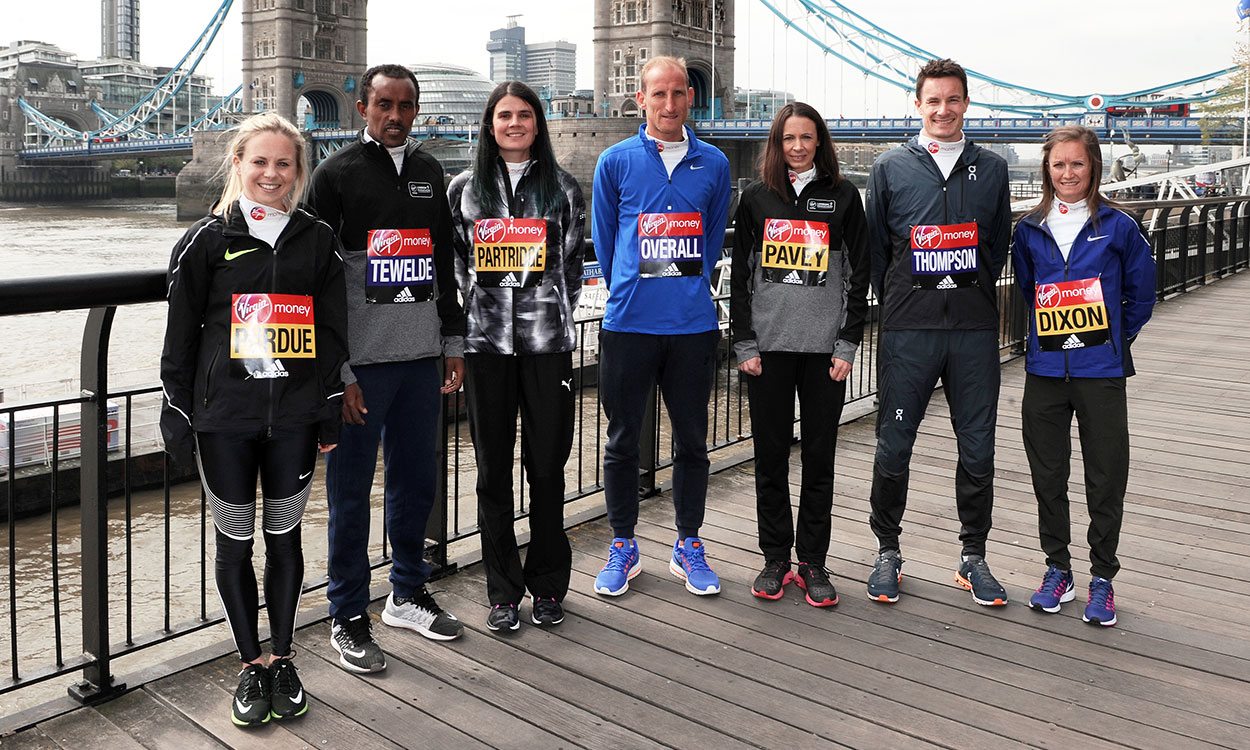 Some of Britain’s top marathoners will be racing for GB team places this weekend, with the Virgin Money London Marathon being the nation’s trial race for this summer’s IAAF World Championships in the UK capital.

Five-time Olympian Jo Pavey, who is hoping to secure her spot to compete at her sixth world championships, was joined by rising marathon star Charlotte Purdue, 2013 world marathon 10th-placer Susan Partridge and Rio 2016 Olympian Alyson Dixon at a press conference in London on Thursday where the quartet discussed their preparations, hopes and aims for Sunday’s race.

In order to book their place to join the already-selected Callum Hawkins on the GB marathon team for the World Championships, athletes will need to finish as one of the top two Britons on The Mall on Sunday and also have achieved the qualifying standards of 2:16:00 for men and 2:36:00 for women.

A stream of the full press conference is available to watch back below or on Facebook.

» The April 20 edition of AW magazine is a London Marathon preview special and includes interviews with Jo Pavey, Charlotte Purdue, Chris Thompson and Vivian Cheruiyot plus much more