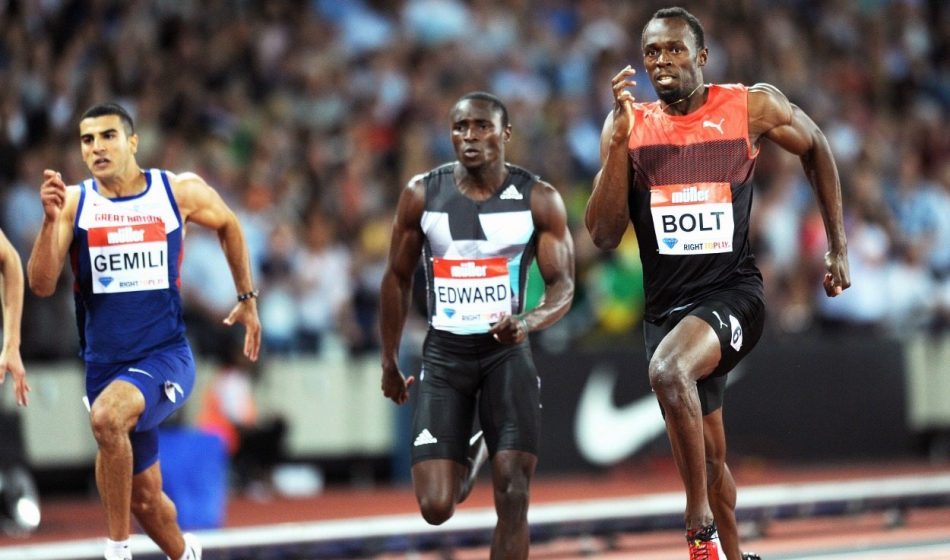 On a weekend which should have seen some of the world’s best athletes returning to the London Stadium for the Müller Anniversary Games, here we highlight some of the stand-out moments from recent years.

Click the links below to read our reports on each performance.

Jamaican sprint star Usain Bolt makes a statement, winning the 200m in 19.89 (pictured above) ahead of Panama’s Alonso Edward with 20.04 and Britain’s Adam Gemili in 20.07.

Kendra Harrison breaks the world 100m hurdles record, bouncing back from the disappointment of missing out on a place on the USA team for the Rio Olympics by clocking 12.20.

Another British record is broken by Asha Philip, Desiree Henry, Dina Asher-Smith and Daryll Neita as they combine to clock 41.81 in the 4x100m.

Mo Farah proves his preparations for Rio are firmly on track with a dominant 5000m victory in a world-leading time of 12:59.29.

Christian Taylor leaps to a world-leading triple jump of 17.78m.

Sifan Hassan moves to third on the world all-time list with a Dutch and Diamond League mile record of 4:14.71.

Qatar’s Abdalleleh Haroun breaks the national 400m record with his winning time of 44.07.

Mariya Lasitskene equals her world lead in the high jump with a 2.04m clearance.

Zhenye Xie clocks an Asian record of 19.88 as Miguel Francis runs 19.97 in second to go equal third on the UK all-time rankings.

Daniel Stahl wins the discus in a meeting record of 68.56m while British record-holder Lawrence Okoye makes his first competitive appearance since 2012.

Samuel Tefera follows in the footsteps of his fellow Ethiopian Haile Gebrselassie to win the Emsley Carr Mile in 3:49.45.

Germany’s Malaika Mihambo wins the long jump with a meeting record of 7.02m.