Mondo Duplantis: “Me vs Kat Stefanidi? It would be a good match!” 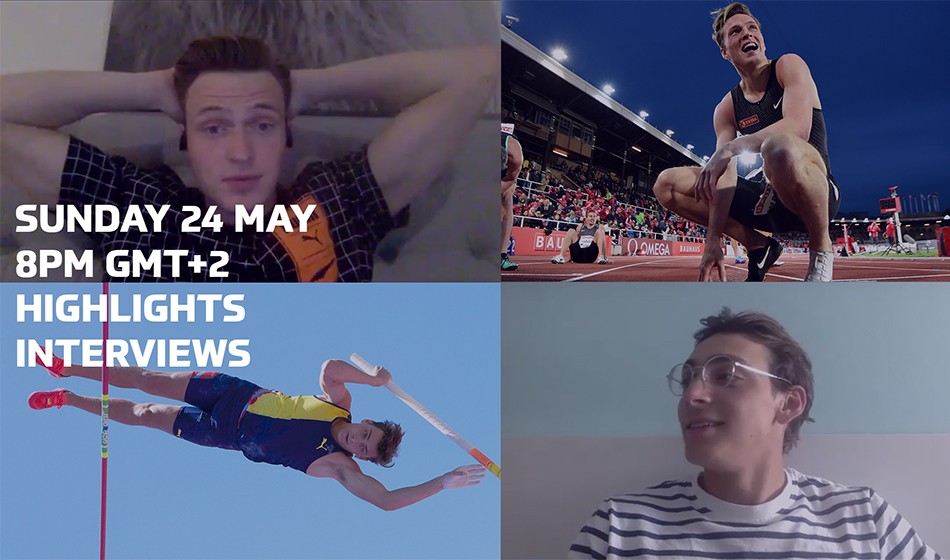 World pole vault record-holder Mondo Duplantis has thrown down the gauntlet to fellow vaulter Katerina Stefanidi, telling the Wanda Diamond League Call Room that he is ready to go head-to-head with the Greek star in a gender-spanning lockdown showdown.

Duplantis was the joint winner of the men’s event in World Athletics’ recent ‘Ultimate Garden Clash’ series, clearing five metres a total of 36 times in half an hour.

After Stefanidi swept to victory in the women’s competition last Saturday, the men’s world record-holder has set his sights on another decisive battle for lockdown bragging rights.

“Me vs Kat Stefanidi? It would be a good match,” said Duplantis in the Stockholm edition of the Wanda Diamond League Call Room, which is due to air at 19:00 BST on Sunday.

Stefanidi made 34 clearances of four metres in the women’s event, but Duplantis backed the Greek to go one better if she was pitted against her male rivals.

“If she had the right motivation and was going against me and Renaud Lavillenie, I think she’d definitely get a few more jumps in,” he said.

The Swedish-American star also looked back on his first ever Diamond League victory, which came in front of a home crowd in Stockholm in 2018, just weeks before he cleared six metres at the European Championships in Berlin.

Duplantis remembers that season as one in which he went “from being the younger guy who was just competing with the big boys to being an 18-year-old who could really go out there and battle with them.”

He added: “Without the Stockholm victory I don’t think I would have jumped six metres that summer.”

Catch the full interview with Duplantis by tuning in to the Stockholm edition of the Wanda Diamond League Call Room below, which will also include highlights from the last four years of Stockholm action plus an interview with two-time world 400m hurdles champion Karsten Warholm.