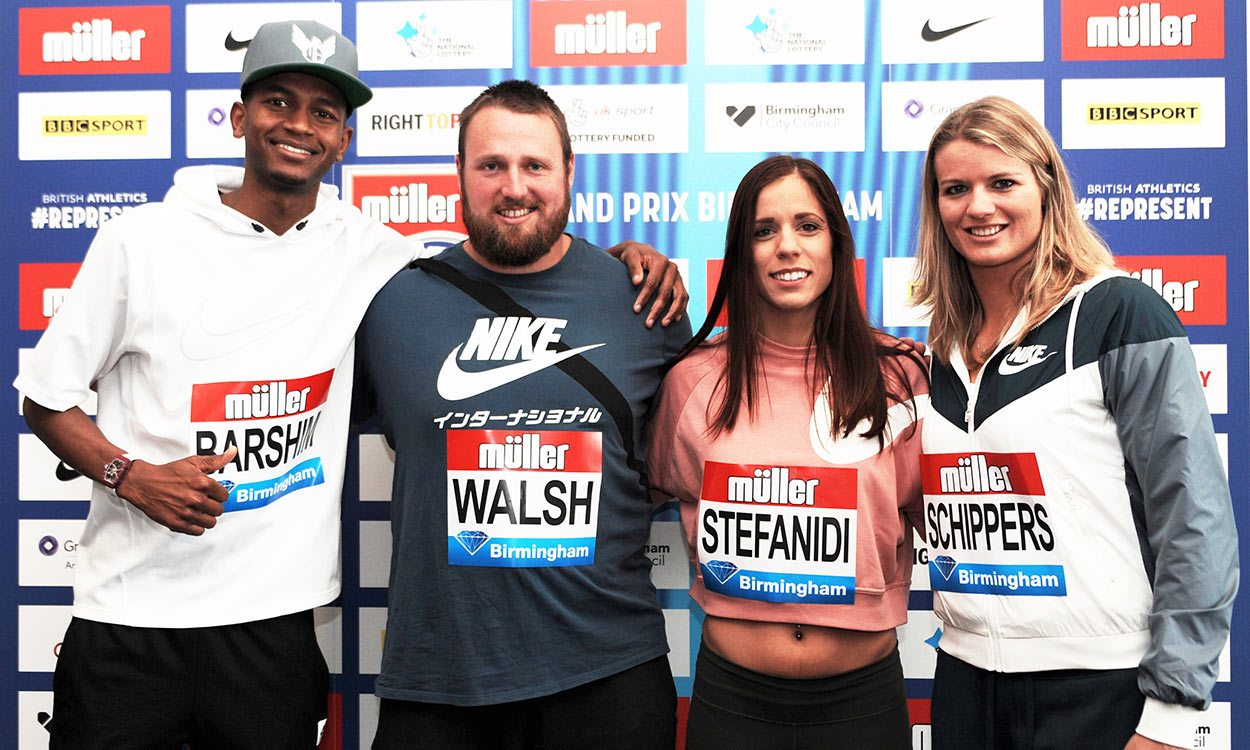 Many recently-crowned world champions will be among those returning to action on Sunday (August 20) as IAAF Diamond League series action continues at the Müller Grand Prix Birmingham.

“First of all I want to enjoy tomorrow,” said Barshim, who added the world title to his high jump bronze claimed in London five years before. “My target for this season was to win gold in London; it’s done out of the way so I want to go out there, enjoy and of course I want to jump good.

“I know I’m in good shape but I always want some pushing, some pressure to jump high,” added the 26-year-old, who set the joint meeting record of 2.38m with Bohdan Bondarenko in 2014. “I really would love to take a new meeting record. Of course that depends how I feel tomorrow, but I know I am in good shape. I’m just looking forward to going out there and jumping as high as possible.”

All of the London world medallists in the men’s shot put and women’s pole vault will be competing, while the women’s 200m medallists form part of a stacked 100m line-up.

“I think I’m in good shape,” said Schippers, who will race against 200m silver medallist Marie-Josée Ta Lou and bronze medallist Shaunae Miller-Uibo as well as Britain’s Asha Philip, Desiree Henry and Dina Asher-Smith. “I have had a good week with a lot of rest. We’ll see what happens tomorrow.”

Stefanidi was a class apart in London but she said: “Pole vault is very open right now. I’ve had an undefeated season outdoors so it would be cool to keep that going. I think there’s many girls who can come out and jump high.”

Walsh added: “I pride myself on competing, and competing well, and the goal for me is competing like a world champion over the next comps I have. Not just turning up for the show, turning up and being right there.”

A more in-depth event preview can be found here, while entry lists and a timetable is here.