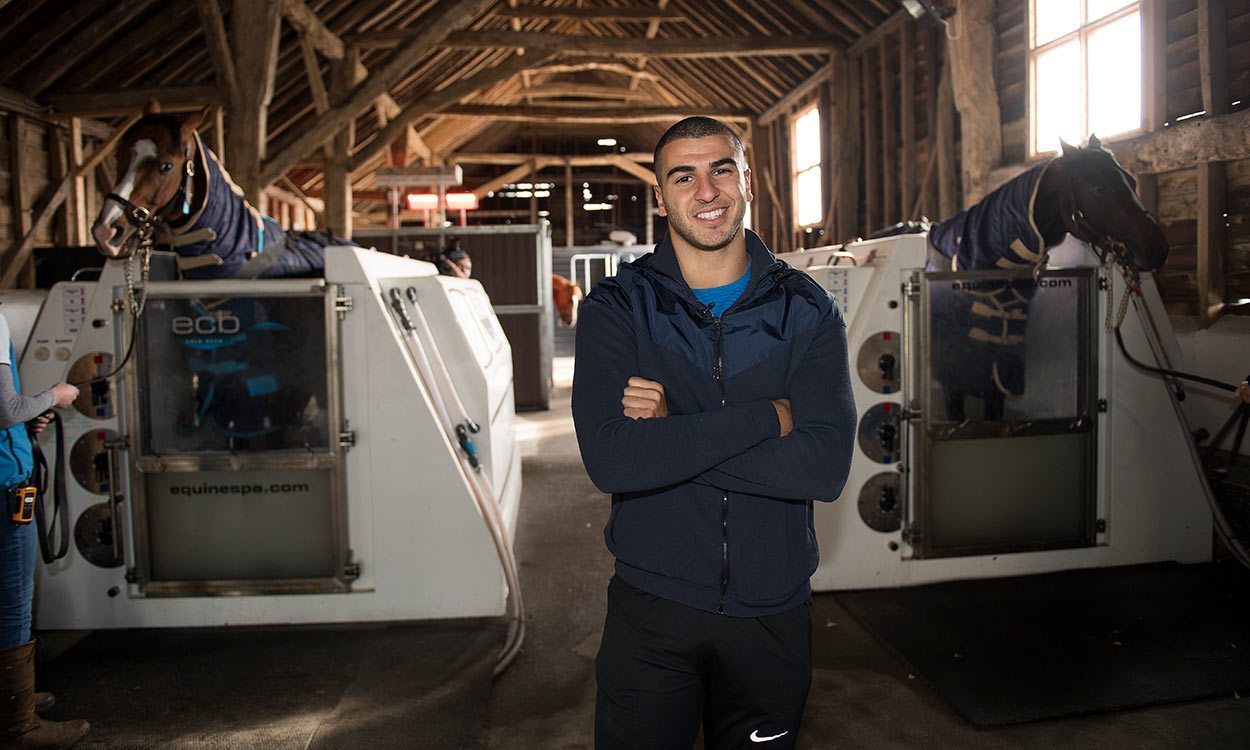 Adam Gemili has been taking tips from the equine world ahead of this summer’s IAAF World Championships.

The sprinter visited the state-of-the-art Longholes pre-training and rehabilitation centre in Newmarket to investigate the similarities between the training of an elite racehorse and that of a human athlete.

Gemili, who studied for a sports science degree at the University of East London, produced a series of videos on behalf of the QIPCO British Champions Series in which he demonstrated the equipment and techniques used as part of a racehorse’s rehabilitation programme following injury.

“It is kind of mind-blowing to think that there is so much equipment that is used in athletics which is also used with horses,” Gemili said.

“The fact that there are things such as a horse hydrospa to cool down soft tissue and a water treadmill to build up their endurance and to give them a really good workout is amazing and really impressive – it shows just how similar their facilities are and the fact that they’re elite athletes too.”