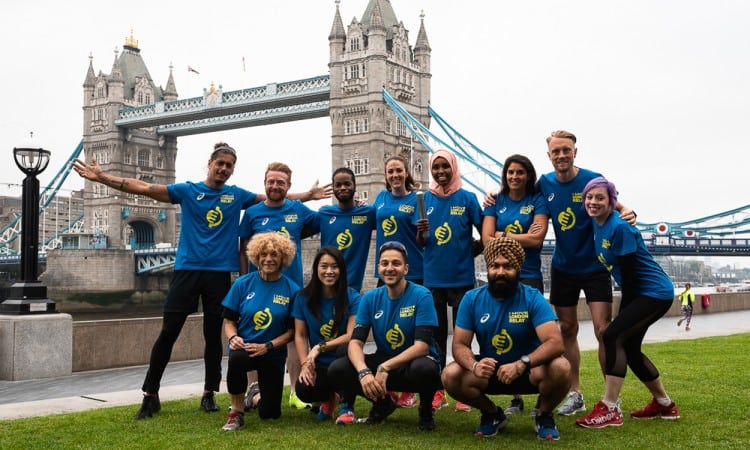 Charity challenge is set to see runners cover 4000 miles across the capital over one month with aim of breaking the record for the world’s longest, continuous running relay

A charity world relay record attempt is calling on London runners to join in a challenge of covering 4000 miles across the UK capital over one month.

The ‘I Move London Relay’ – organised by runner and adventurer Danny Bent and powered by sport performance brand ASICS – aims to unite London communities in an attempt to break the Guinness World Record for the world’s longest, continuous running relay.

The relay is supporting official charity partners The Running Charity, Sported and Laureus Sport for Good with the hope of helping to improve the lives of countless young people who are affected by homelessness, gang culture and mental health through donations raised.

“That’s why we developed the I Move London Relay, to unite London through the simple action of running.

“Homelessness affects 170,000 people in London, one in four of us suffer from poor mental health and gang culture is an issue that affects communities city-wide.

“Through the creation of the world’s longest relay we want to bring together every corner of London, celebrate all of us and raise some cash for those that need it.”

“We believe that running builds resilience, confidence and self-esteem of 16-25-year-olds who are homeless or at risk of homelessness.

“Like the work we do at The Running Charity, the I Move London Relay will show that through running young people can make a real social change for good in their community and for themselves.”

Runners can find out more about the relay and apply to take part and carry the baton at londonrelay.co.uk.