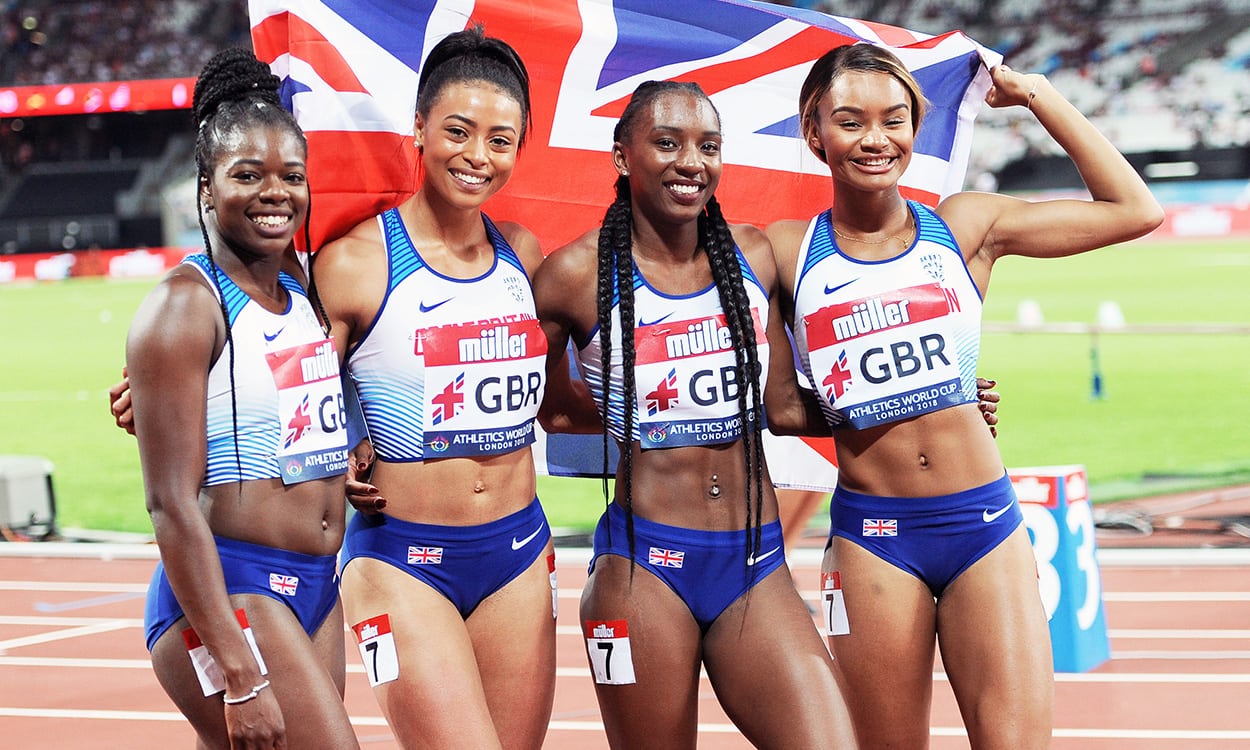 The British team finished third overall at the Athletics World Cup in London but while the men were only the seventh best squad, the women were easily the second best over the two days as they carried their good form into the second day.

There was a surprise in the women’s 4x100m as a far from full strength GB team of Asha Philip, Imani Lansiquot, Bianca Williams and Shannon Hylton won in 42.52 as they held off Jamaica’s 42.60.

The USA failed to finish after suffering an injury in the opening leg to Mikiah Brisco.

“It’s always amazing to run in a home stadium with one of the world’s best crowds so that was so much fun,” said Philip.

Hylton added: “It’s such a great team event. We’re really happy to come away with the win and get the full eight points.”

Adelle Tracey ran bravely in the 800m to be Britain’s most successful individual on the track over the two days of competition.
She followed Leila Boufaarirane of France through a 59.79 first lap then kicked ahead at 600m in 90.63.

She led into the straight but was passed strongly by USA’s Raevyn Rogers who won in 2:00.20 but Tracey did well to hold on to second in 2:01.05.

“I really wanted to run my own race and see where I am,” she said. “I knew it could be tactical but the long run for home has become a bit of a pattern for me. I went out there and left it all on the track. I had a feeling someone would come at me on that last bend. It was a case of staying relaxed and be as competitive as possible.”

Britain just failed to make it three wins out of four in the women’s jumps as Morgan Lake finished second in the high jump.

The Commonwealth runner-up started shakily with a failure at her opening height of 1.83m but cleared at the second attempt and then went over 1.87m at the first attempt.

After a single failure at 1.90m, a clearance of 1.93m briefly gave her the lead but USA’s Vashti Cunningham matched it, and with a better record on countback too the lead.

Lake needed to jump higher but it was Cunningham who cleared 1.96m first attempt and Lake bowed out with two jumps at 1.99m.

Cunningham said: “It was a good meet for me. I came and executed well and am so grateful to be here – it feels like such a great event. I am staying in London now and looking forward to be backing here next weekend for the Diamond League.” 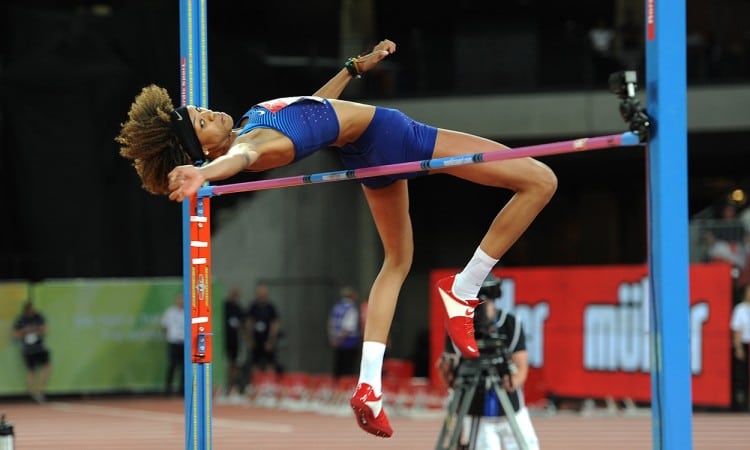 Lake added: “I am happy with how I performed today. I took some positive steps and need to keep pushing. I wanted to take a few more risks but I am happy with my performance.

“I really like the format and the crowd were so supportive of every single Great Britain athlete. It was nice to see the points go up and down and to see where we were in the event, so I think it’s a good idea.”

In the 200m, Jamaica’s Commonwealth silver medallist Shericka Jackson finished fast to catch quick-starting Jenna Prandini who had a big lead into the straight. Jackson won in 22.35 to Prandini’s 22.45.

There was a shock in the 100m hurdles as South African Rikenette Steenkamp won in 12.88 from Jamaica’s Jeanine Williams’ 12.95.

The favourite, USA’s team captain Queen Harrison, did well to survive clattering early hurdles and was third in 12.99.

“I was pretty much in last place going into hurdle two, so I needed to finish strong and put as many points on the board for USA,” she said. “Being team captain is really cool. It means a lot to me for them to put their trust in me.”

Megan Marrs was close to her PB with 13.36 in seventh for GB.

London world champion Gong Lijiao won the shot with a 19.90m throw, with Britain’s Amelia Stricker not too far off her PB with a 17.12m throw.

Britain’s Naomi Ogbeta finished sixth with 13.48m, but had trouble with her run-up and was half a metre short of the board in her first three jumps.