Thrills and spills on final day at World U20 Champs 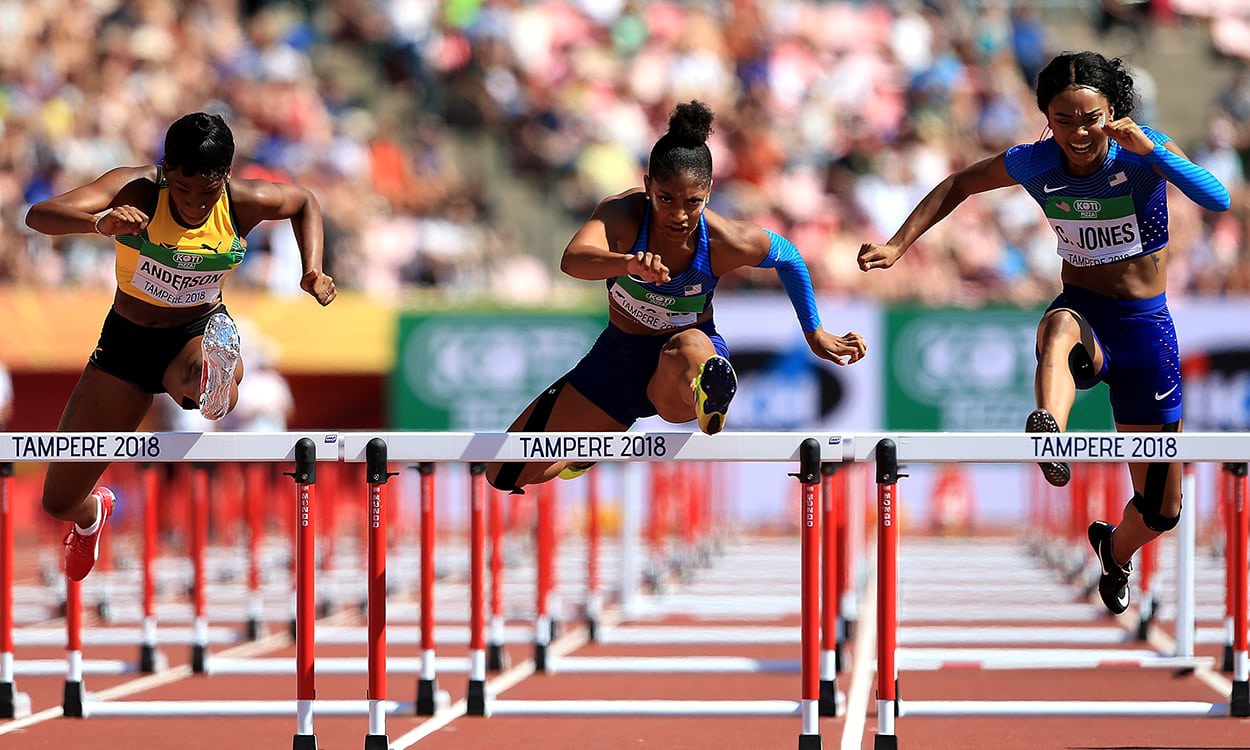 GB athletes added a men’s 4x400m bronze to the team’s medal tally on the final day of the IAAF World U20 Championships in Tampere, Finland, with the squad finishing fifth overall in a medals table topped by Kenya.

With three gold, one silver and three bronze medals, it’s Britain’s best performance at this event in 20 years.

In the final event of the programme, Alex Haydock-Wilson, Joe Brier, Alastair Chalmers and Alex Knibbs combined to clock 3:05.64 for third place in a drama-filled race won by Italy’s Klaudio Gjetja, Andrea Romani, Alessandro Sibilio and Edoardo Scotti in a world under-20 leading time of 3:04.05.

“I knew it was going to be hard because you’re running against some phenomenal athletes,” said Chalmers, who also broke the British under-20 400m hurdles record and finished sixth in that final in Finland. “I wanted to make all the coaches and my team-mates proud and we’ve come out with a world championship bronze medal.”

A dropped baton between the first and second legs cost USA the gold but they battled back to secure silver in 3:05.26, with France fourth and Germany fifth. USA had won all but two of the titles on offer in this event during the past 16 editions of the championships.

There was also drama in the men’s 800m as GB’s Markhim Lonsdale fell on the home straight during the first lap, dashing his medal hopes.

Kenya’s Solomon Lekuta went on to win in 1:46.35 from his team-mate Ngeno Kipngetich with a PB of 1:46.45, while Algeria’s Oussama Cherrad was disqualified so bronze went to Belgium’s Eliott Crestan. Lonsdale finished seventh in 1:57.39 after his fall, one place ahead of his team-mate Alex Botterill with a time of 1:51.64.

“It’s so annoying,” said Lonsdale. “I felt so comfortable and I knew it was going to take a PB to win and I knew I had it in me to do that. I knew I was running well. I was so surprised how I felt before the fall but after that, everything shot off before my eyes.

“When I was on the floor I questioned whether or not I should carry on but I did. I’m so gutted and I don’t know why it happened to me.”

Ending a Kenyan win streak in the 3000m steeplechase which goes back to the first edition of this event, Takele Nigate of Ethiopia crossed the finish line in 8:25.35 to pip Kenya’s Leonard Kipkemoi Bett by 0.04. Ethiopia’s Getnet Wale got the bronze in 8:26.16.

The first track final on the last day was won by USA’s Tia Jones (pictured) as she took the 100m hurdles title in 13.01 ahead of Britany Anderson of Jamaica, with both athletes clocking exactly the same time even down to the thousandths. The medals were decided by a photo finish.

There was another medal for America as Cortney Jones bagged bronze in 13.19.

Prior to this edition of the championships, Ireland had only ever won two medals at this event but the team doubled that tally with Sommer Lecky adding high jump silver to the silver medal claimed by the women’s 4x100m relay team.

Bulgaria’s Aleksandra Nacheva won the triple jump with a world under-20 lead of 14.18m (+1.6), while the discus title was claimed by Kai Chang of Jamaica with a PB throw of 62.36m.