Ronnie Baker and Christian Coleman ready for rematch in Rome 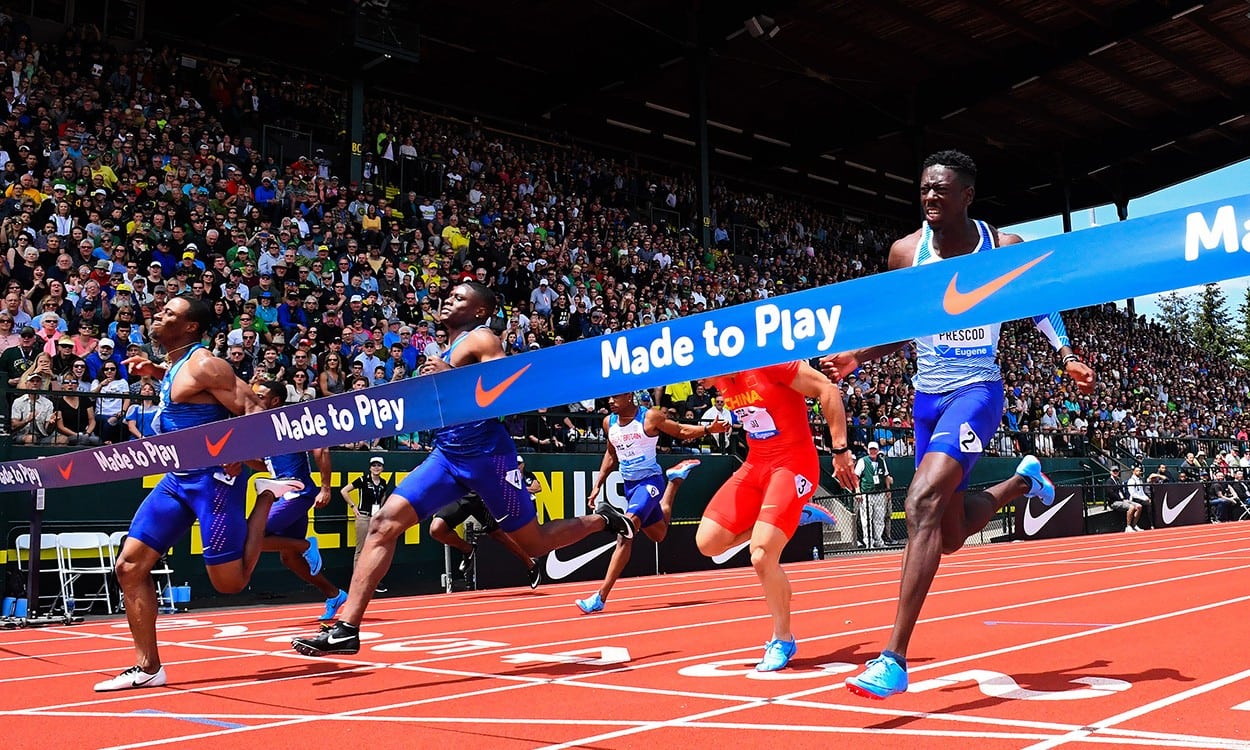 Sprinters again go head-to-head after battle in Eugene, while Chris O’Hare, Rosie Clarke and Matt Hudson-Smith are among Brits in action

Five days after Ronnie Baker beat Christian Coleman in Eugene, the US sprinters will line up for a 100m rematch at the Golden Gala Pietro Mennea, the fourth leg of the IAAF Diamond League series.

Baker clocked a remarkable wind-aided 9.78 (+2.4) ahead of world 60m record-holder Coleman with 9.84 at the Prefontaine Classic and on Thursday evening they will line up alongside South Africa’s Commonwealth champion Akani Simbine, Turkey’s world 200m champion Ramil Guliyev and Frenchman Jimmy Vicaut.

Ronnie Baker is excited about a strong competition here in Rome. Can he claim another 100m victory? #RomeDL #GoldenGala #DiamondLeague pic.twitter.com/MghM3NbKT0

"Nobody runs for second" says @__coleman when asked whether he is going to beat fellow American Ronnie Baker at tomorrow's @goldengala_roma! #RomeDL pic.twitter.com/yJ4VdCo1BB

In the men’s event Norwegian world champion Karsten Warholm is in action.

The pole vault is headed by world champion Sam Kendricks, who was unbeaten last year. He will be up against the likes of Olympic champion Thiago Braz and Poland’s Piotr Lisek.

» Entry lists and a timetable can be found here, with the action to be shown live on Eurosport Player